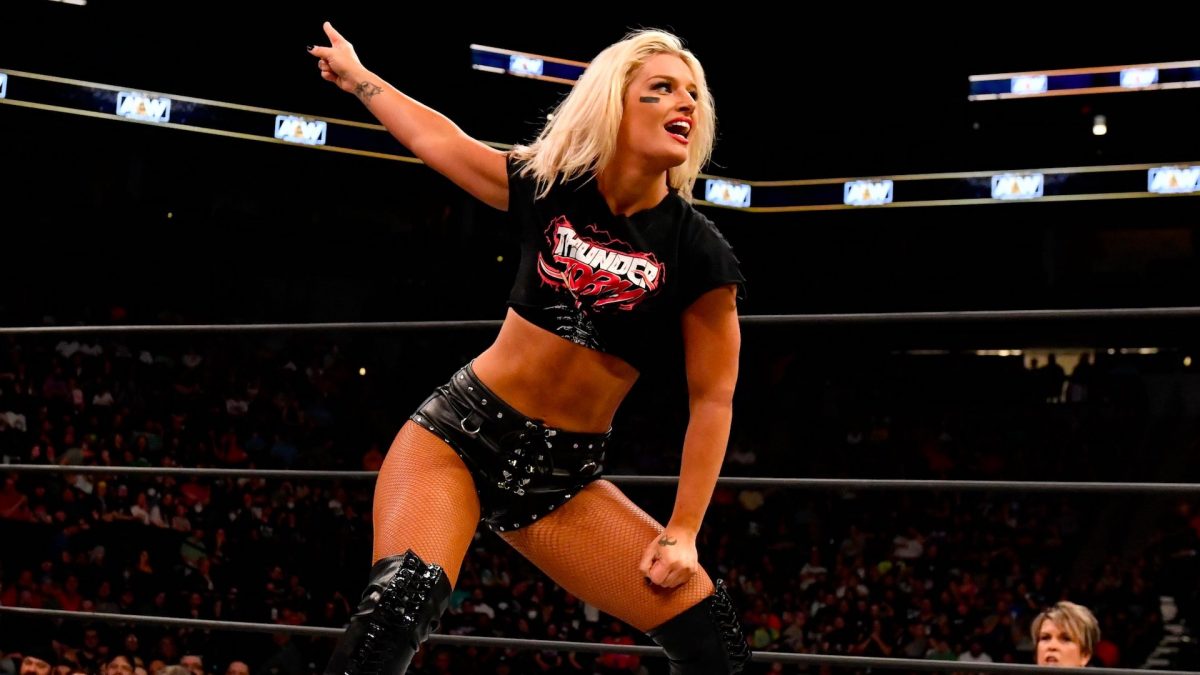 TV Insider held a recent interview with Toni Storm. One of the topics discussed included Storm’s thoughts on the current state of AEW’s Women’s division.

“It’s a story as old as time. Women’s wrestling struggles to get the same amount of time as the guys. We are put in a different position, but I really do believe we are headed in the right direction. We’ve got a locker room full of really hardworking and talented women that I believe are the future. It’s going to change the entire game. I think we’re going to overcome and get more time and see more emphasis on ourselves. But we’re doing the hard work. I’m very confident in this entire division. I’m proud to be at the top and will do whatever I can to push it where it needs to go. I’m proud of everyone back there. I’m choosing to be positive. I think, little by little, there will be more emphasis on us in AEW. We just need to keep breaking down that door. I also think consistency is what will get us there.”

A recent episode of the Barstool Rasslin podcast had AEW CEO Tony Khan as the guest. One of the topics discussed included Khan’s thoughts on when MJF would be allowed to cash-in his giant poker chip that he won at AEW’s All Out 2022 event earlier this month for a shot at the AEW World Championship.

“I think any time, any sanctioned event we can certainly make it happen. In this day and age, it’s a world that’s uh, with live television and pay-per-view events, and all [of these other] opportunities, it’s exciting to have a contender out there looming and to have this big championship match tonight on Dynamite. Certainly, it’s that much more interesting to have two of the best wrestlers in the world, Bryan Danielson versus Jon Moxley one on one for the world championship, and to have a great wrestler like MJF looming in the background as a top contender with the right to challenge for the title any time. It’s a very interesting championship picture right now in AEW.”

The New York Post held a recent interview with HOOK and Taz. One of the topics discussed included HOOK’s thoughts on his father Taz initially not wanting him to pursue a career in wrestling.

“When I was younger, my dad told me to be anything but a pro wrestler,” Hook said. “As I got older, things changed, and the business today is not the same business that he broke into.”

On the topic of what caused him to change his mind over not wanting HOOK to become a wrestler, Taz stated:

“I realized [our] third session, he’s something pretty unique here. And that was it.

We might not see Hook for a little bit, but when he’s there, it’s something like, ‘Boom!,’ impactful, like what the hell just happened. That’s Hook. That’s kind of what he is. A lot of people want more. You know what, last I checked, that’s a good thing.”