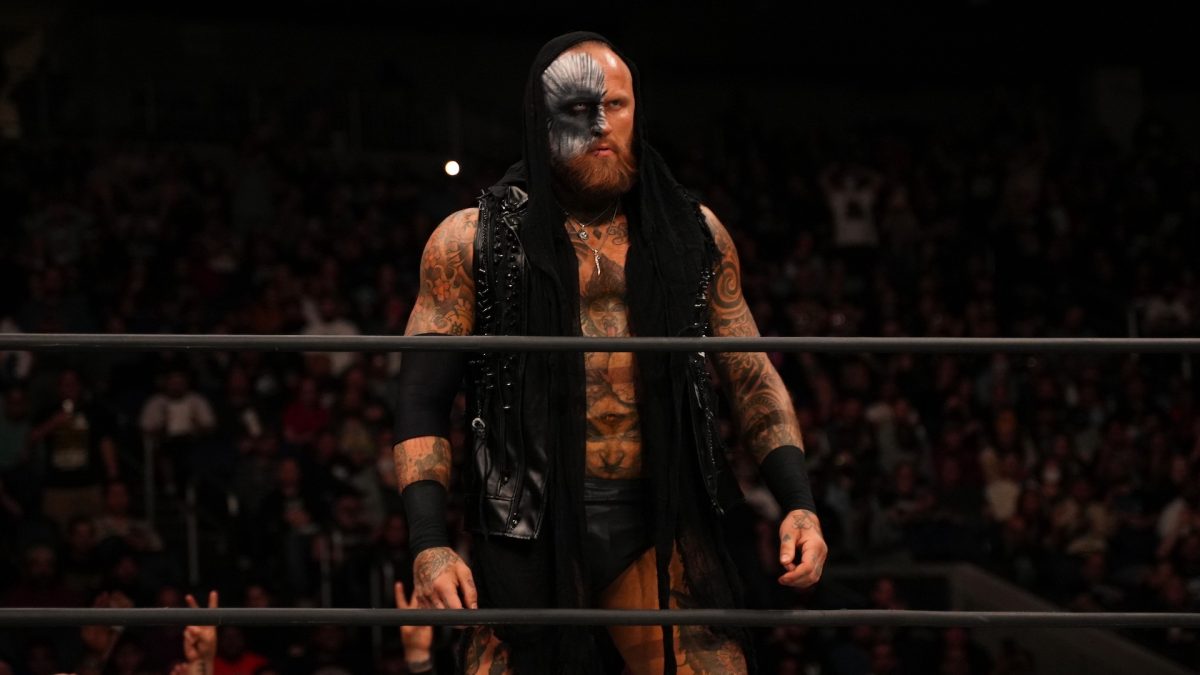 As noted before, Malakai Black is currently on a break from his wrestling career due to him dealing with serious personal-related issues. Black had recently asked for his release from AEW due to these issues and rumors of him wanting to return to WWE following their recent contact with him.

Black recently provided an update on Instagram Live stating that the rumors and reports regarding his release status in AEW and other details about his contract with the company are not true. Black also stated that his usage of quotation marks around the word “release” in a previous statement by him was only meant to be his way of showing that he did not agree with those rumors.

“Some people can’t seem to just shut the fuck up and create things that are not there, so I have to go out here again and have a conversation with you guys. So guys, how many times do I have to tell people to not trust people that are not in this business? If you can’t even get the years of my contract right, which is a very minuscule detail, then how are you expecting or how are people expecting these guys to know very intimate and private detailing in regards to my private business? My contract’s not five years, my contract’s never been five years. This is all bullshit, it’s all lies. So you know, I posted a statement and you, of course all of you, have read my statement, because even if you read my statement, it clearly reads that even release is in quotations. Now, if you don’t know what quotation means, it means that the author does not agree with said quote or said word choice. Or it also means that it’s not his wording. Then it is followed by a bunch of multiple things, in regards to my marital stuff, but it even says that my stuff about my conditional release, that it’s false. So how are you guys still thinking like, why are people still writing that I’ve got my release? Guys, I don’t know, why do you trust these people to tell you the truth? Because it’s not true. In a time where I’m supposed to take care of myself and kind of wind down, I have to deal with this kind of stupid bullshit from people who are not in the business and pretending that they are in the business with all their sources. You know, the worst thing about it is, for the past three days, [I’ve been getting] hateful comments and today, even two death threats. Death threats? Death threats? You wish death upon a person because of what someone else had said, and then says that it’s confirmed. It’s not confirmed. Clearly it’s not confirmed. None of it’s confirmed. There’s no confirmation because I haven’t left. That’s what this whole thing was about. I’ve been given time off by Tony to take care of a bunch of stuff. All this stuff has been played up like weeks. All this stuff was weeks ago.”

“I posted that statement was a summary for you to understand why I’d take some time off. Again, it’s in the statement. It is in the statement. It’s mine-boggling, if this isn’t enough incentive for you to stop believing these people, then I don’t know what is. Because if you were part of this whole mob that, like I said, sending me a bunch of hateful comments based on the words of someone else, then sorry, but you’re dumb. You’re stupid. Does anyone understand that in the time where I’m going through this stuff and I’m kind of dealing with a bunch of stuff in a very productive manner, that exactly doesn’t help, and what I hate about it is that none of these dirt sheets will take responsibility, none of these guys will take accountability and say, ‘Oh shit, we fucked up, I’m sorry. We should have probably not said that. Oh he’s going through some stuff. Maybe we should not. Maybe we should not make all these baseless assumptions because again as it turns out, it’s not true. None of it’s true. Not one single thing of it is true.

So again, if you were part of this mob that felt the need to send me death threats, well, then thank you dirtsheets because they don’t care about my mental health. They don’t care about your mental health. They don’t care about your feelings, they don’t care about my wife, they don’t care about my family. They don’t give a shit. All they want is dumb clicks with stuff that they’re making up. Because they’re tying bridges between things that are no longer there, they’re tying things… that don’t exist. Because they want the narrative to exist. But again, I’m sure, tomorrow there will be a different narrative, and tomorrow it’ll be, ‘Oh, we got the wrong information. Oh we heard it from this. Don’t blame us, we’re just reporting.’ A real person will own up to their bullshit. They will own up to their words and then say, you know what? I’m sorry, I shouldn’t have said that. If the words come out of your mouth, then you know, own it. Just own it. Anyway, I would like to very much go back to just working on my stuff, working on my private life, working on getting to the point of feeling good again. So I hope that this puts all this stuff to bed. I am definitely not going to be on my social media for a while because like my god. Again guys, stop believing these things. It is unbelievable. Anyway, I will see you guys in a couple weeks, maybe a couple of months, like I said, I’m only taking some time off. That’s it. Just taking time off. There’s no conspiracy to this. Just taking some time off. Alright. I will see you guys soon. Take care of yourself, stop believing any other narrative. Right now, I debunked it. There’s nothing going on. Don’t believe these people. Don’t write, don’t believe it, nothing. I’m fine, I’m going to be fine. Everything is fine. You’ll see me right back with AEW pretty soon. I’m just gonna take some time. That’s it.

Guys, last thing before I leave, don’t make me some instrument for this while tribalism, us versus them thing because I don’t do that stuff. I don’t do the whole Team AEW versus Team WWE. I don’t play that. To me, this is a business. This is genuinely like a business in the sense that it’s a business, it’s my job, it’s what I do for a living. This is how I’ve made my living for the past 22; 13 years of my life. I’ve been in this business since the 2000s. So thank you for those who have been supportive of me, thank you for your nice messages. Thank you for the people who clearly obviously did my statement and understood from the get-go that that means that I wasn’t released. So again thank you for the support. Thank you very much. Not true if it didn’t come from me. Even that’s said in the statement. If it doesn’t come out of my mouth, it’s not true. Now you’ve known me to be a pretty calm guy for the most part, but this shit is annoying as hell. So again take care of yourself, and we’ll see each other soon. Thank you very much.”

People need to stop listening to the dirt sheets. Sucks that Malakai Black had to go on IG live to clear stuff up when he's just trying to take time for himself. Listen to Malakai pic.twitter.com/iQZQNxdC1A