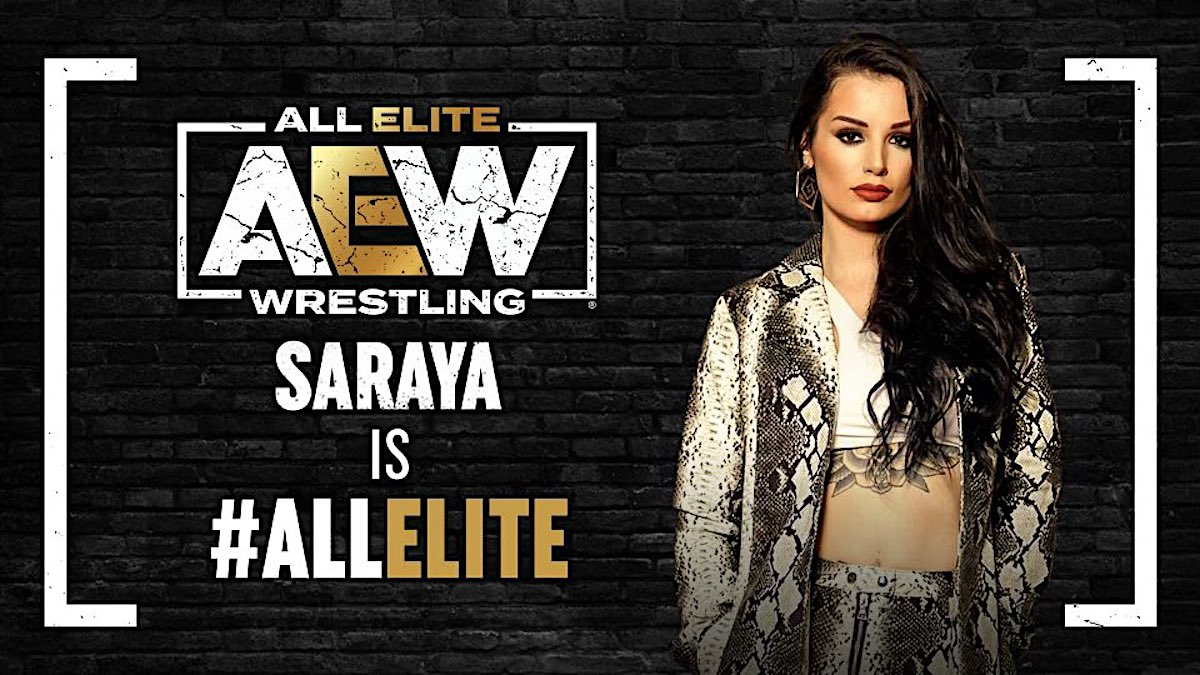 Saraya, formerly known as Paige in WWE, has signed with AEW and debuted on tonight’s Dynamite: Grand Slam.

Following the four way women’s title match on Dynamite, Britt Baker, Jamie Hayter and Serena Deeb attacked Toni Storm and Athena, and Baker was about to put the Lockjaw on Storm when Saraya’s music played and she came out to a massive pop.

The heels left the ring and Saraya posed in the ring and took in the crowd reaction as the other women looked on shocked.

Tony Khan confirmed that she is “All Elite” and has signed an AEW contract.

Welcome to @AEW! @Saraya is ALL ELITE!

Thank you to everyone watching #AEWDynamite Grand Slam TONIGHT! pic.twitter.com/8DUePoOsar

Her WWE contract expired in July. She last wrestled in December 2017 and later retired due to a neck injury. It’s unclear as of now if she’ll be wrestling in AEW.