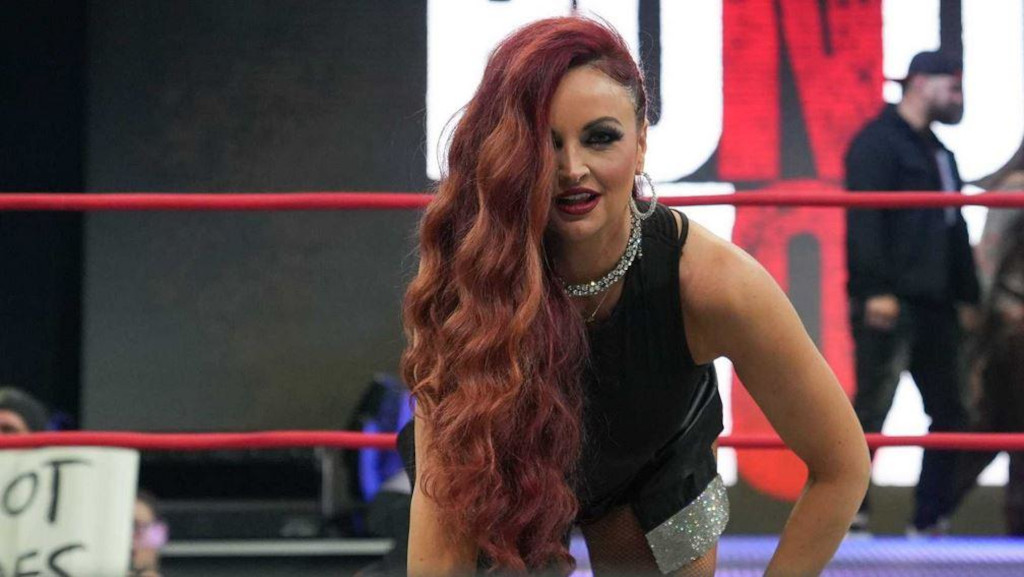 A recent episode of Fightful’s Grapsody podcast had Maria Kanellis as the guest. One of the topics discussed included Kanellis’ thoughts on the future of her wrestling career and her recent talks with other companies.

“I’m on a per-appearance deal with them [IMPACT Wrestling] until October 8. It’s so hard to make decisions moving forward because I love what we’re doing in IMPACT and I know the possibilities of where we might go with it and where I might go with it as an individual. Scott D’Amore is a fantastic boss, if I’m not in the Maria Honor No More voice [laughs]. I absolutely love what we’re doing there. When [The Kingdom] won the tag titles, that meant something, especially after losing what, to me, was going to be the next ten years of my life, if not longer, Ring of Honor. I was looking at Ring of Honor like, ‘Okay, this is going to be the next ten to fifteen years of my life. I’m going to run this women’s division. I’m going to transition completely to the other side. I’m going to help with production. I want to move forward with taking over more responsibilities.’ Then it ended, and Scott gave us an opportunity. It’s really hard looking ‘where do I go next?’ I talked to Tony Khan, I talked to Triple H, I talk to Scott all the time. Recently, I talked to WOW [Women of Wrestling]. It’s a very interesting time for me. For me, it’s about creating opportunities for all of the women I’m working with now. Where does that make sense?

Not only that but then there is the heart of me that says when Mike, my husband, went to WWE and it was his ultimate dream to be in WWE. That’s all he talked about. He was a WWE person from the moment I met him. We got to WWE, and it was not the way he wanted it to go. I think, for him, there is still a part of him that thinks there is unfinished business. For me, I don’t know if you guys could see it, but when [The Kingdom] won the tag team titles (in IMPACT), there were tears. They are my boys. Taven married us. I was literally standing with the both of them at my wedding going, ‘you are my husband’s best friend and my friend, and this is my husband, we are family.’ The idea of the two of them walking out at WrestleMania and me managing them. Of course, that thought is in my mind. Then I look at AEW where they have some of the greatest tag teams in the world. Competition-wise, there is that at AEW. The fact that the boys have never gotten in there with FTR. I look at all of these things and go ‘shit.’ Then, where is Ring of Honor going to go? I think it’s an amazing time in wrestling right now.”

Trademarks for “NXT Global” and “NXT Europe” were filed by WWE on September 16th for wrestling and entertainment-related purposes.

A trademark for “The Firm” was filed by AEW on September 16th for wrestling and merchandise-related purposes.

A trademark for “First Lady of Professional Wrestling” was filed by former WCW and ECW wrestler Missy Hyatt on September 13th for wrestling and merchandise-related purposes.

During a press conference on Thursday in Japan, DDT Pro Wrestling talent Konosuke Takeshita announced that he will be returning to the United States for another tour of the country this October. Takeshita also stated that his current goal is to win the KO-D Openweight Championship and defend the title in AEW.

Major League Wrestling recently announced that Willie Mack will be making an appearance for the company at their Fightland 2022 event on October 30th in Philadelphia, Pennsylvania.

The Pro Football Hall of Fame recently announced their full list of nominees for potential induction into their Hall of Fame Class of 2023. Among the notable names listed included former NFL player and current WWE SmackDown announcer Pat McAfee.

As noted before, tattoo artist Catherine Alexander is currently suing WWE and Take-Two Interactive in regards to allegations of copyright infringement over her tattoos inked for Randy Orton that have been shown in WWE’s video game series. PWInsider’s Mike Johnson reported that Orton is currently scheduled to be a witness for the upcoming trial before the United Stated District Court Southern District of Illinois. Johnson reported that this upcoming trial is currently scheduled to start on September 26th and will take place over five days.

Game Changer Wrestling announced a new match for the card of their Drop Dead event on October 22nd in Detroit, Michigan:

The National Wrestling Alliance recently announced a new match for the card of their Hard Times III event on November 12th in New Orleans, Louisiana:

DEFY Wrestling recently announced a new match for the card of their City of Thorns event on October 8th in Portland, Oregon: