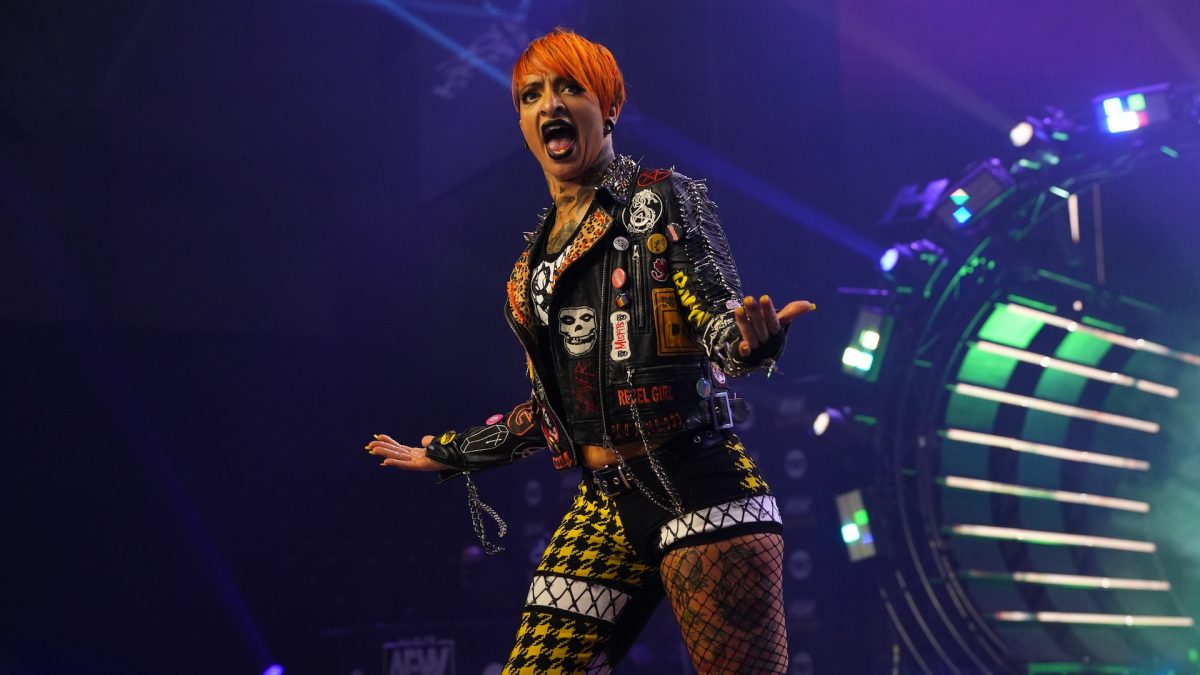 WOW Reportedly Tried to Sign Ruby Soho & The IIconics in 2021

Women of Wrestling reportedly were interested in signing Ruby Soho and The IIconics to potential deals in 2021, according to Fightful Select.

It was reported that their sources stated that following Soho’s release from WWE in June of 2021, WOW officials had sent feelers to Soho to gauge her interest in potentially signing with their company.

It was also reported that it is currently not known if Soho held any actual talks with WOW but WOW officials were quickly informed that Soho was not accepting any new bookings at the time. WOW officials reportedly were under the belief that the reason was due to Soho would be signing with AEW instead.

Besides Soho, WOW officials reportedly also sent feelers to the IIconics’ Bille Kay and Peyton Royce, also known as The IInspiration’s Jessica McKay and Cassie Lee, following their releases from WWE in April of 2021. Similar to Soho, McKay and Lee reportedly also turned down WOW’s feelers to join Impact Wrestling instead.

A trademark for “Iron Survivor Challenge” was filed by WWE on November 10th for wrestling and entertainment-related purposes. This is the name of a new match type in WWE that will be making its official debut at WWE’s NXT Deadline event next month.

A trademark for “Oba Femi” was also filed by WWE on November 10th for wrestling and entertainment-related purposes.

Trademarks for “Mercedea Mone'”, “Mone’ Talks”, “Bank Mone'” and “Statement Maker” was filed by Soulnado Inc. on November 10th for wrestling and merchandise-related purposes. Soulnado Inc. is currently believed to be a company owned by Sasha Banks, real name Mercedes Varnado, that was created this past August.

PROGRESS Wrestling recently released an official statement in response to the serious online fan backlash against the company for running an event next month in Dubai, United Arab Emirates. In the statement, the company mentioned that their main reason for running an event in UAE was due to them wanting to help bring positive social change to the country. PWTorch’s Will Cooling reported that due to PROGRESS’ ties with Dubai Sports Council, their ability to be a real force of change would be very limited in reality and unlikely will involve anything that could jeopardize their current deal. Cooling reported that the Dubai Sports Council is doing a similar strategy as the Saudi Arabian government in regards to using sports to promote a positive image of UAE to the world known as “sportswashing.”

Wrestling legend Dory Funk. Jr reportedly is currently working on a new book based on his life and wrestling career, according to PWInsider.

In a recent interview with the Putting You Over podcast, indie wrestler Jazmine Allure revealed that she recently signed an official contract with Women of Wrestling. Allure stated that she has been signed with WOW since this past June.

Lucha Libre AAA recently announced the full card for their event on December 3rd at the Mullet Arena in Tempe, Arizona.

New Japan Pro Wrestling recently announced that they will be holding this year’s NJPW Strong themed Nemesis tapings on December 11th in Los Angeles, California. It was also announced that episodes from this upcoming tapings event will air in January of 2023.

The upcoming theatrical Japanese language release of DC Comics’ film Black Adam, starring Dwanye “The Rock” Johnson, features NJPW talent Kazucika Okada among the film’s dub cast. During a recent interview with NJPW’s official website, Okada gave his thoughts about his interest in facing off against The Rock in a potential match in the future.

As noted before, National Wrestling Alliance talent Nick Aldis announced earlier this month that he had given his notice to leave the company. Following Aldis’ announcement, the NWA suspended Aldis over his actions. Former NWA announcer David Marquez recently commented on Twitter over Aldis’ split with the NWA and why he is not surprised that the working partnership between Aldis and Corgan has fallen apart.

“For the past week I’ve been asked to comment on the Nick Aldis/NWA fallout. All I’ll say is my dealings with Aldis were not the best and watching him angle for influence within the promotion, I knew he and Billy (whom I’m 50/50 with) would not last as partners. I spent two decades promoting NWA Champions and I enjoyed my time doing that, whomever was wearing the title. I always did my job.”

Major League Wrestling recently announced a new match for the card of their Blood & Thunder 2023 event on January 7, 2023 in Philadelphia, Pennsylvania: