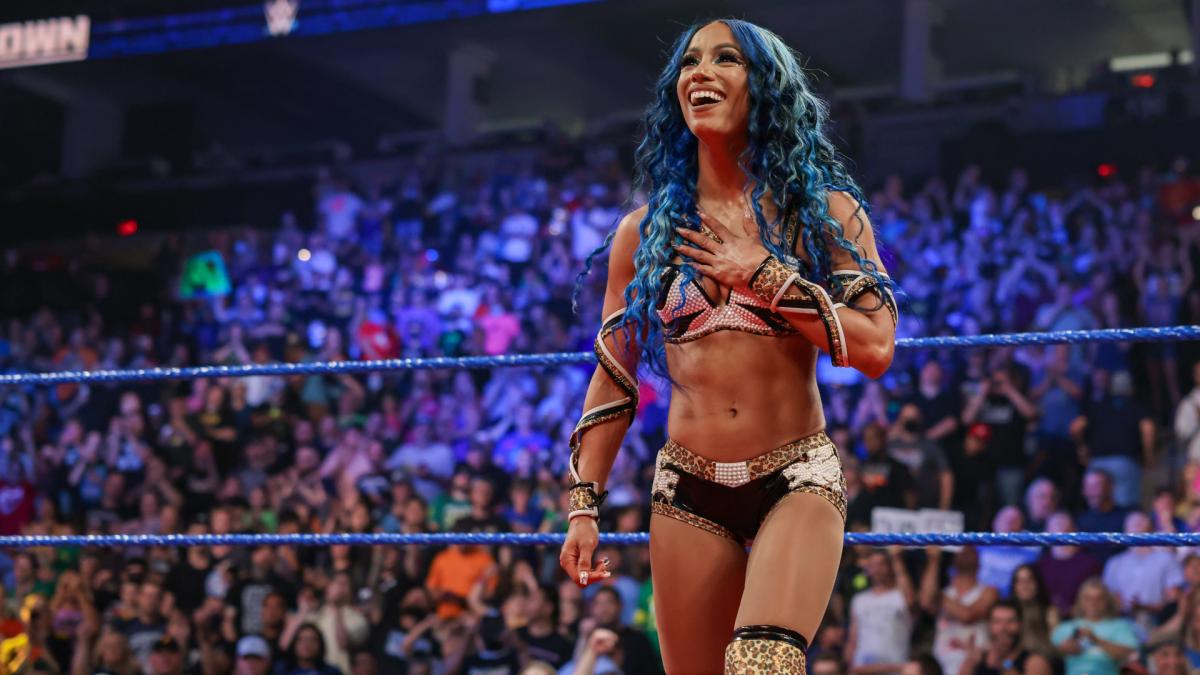 As noted before, Sasha Banks and Naomi have been absent from WWE since this past May due to their current suspensions over a walk out incident during a WWE RAW show in Norfolk, Virginia.

Fightful Select reported that recent rumors attributed to them about recent talks between Banks and WWE officials over contract-related issues and potential return had stalled are not true. It was reported that this rumor originated from the Dirt Sheet Radio podcast that had claimed they reported this update on Banks’ situation.

It was also reported that Bank’s current status and future with WWE is still unknown.

There was a post going around from Dirt Sheet Radio claiming we reported talks between WWE and Sasha Banks have halted again.

This post is completely false and we have no additional info on Sasha Banks and WWE at this time.

Dirt Sheet Radio recently responded on Twitter to Fightful’s report apologizing for the mistake they made.

One of our admins reposted a false rumor this week and we’d like to take responsibility for it.

We apologize for the false information and will do better in the future. https://t.co/y8dU3N5kpA

Tuesday’s NXT show featured the official reveal of the field of competitors for the Men’s and Women’s Iron Survivor Challenge matches at WWE’s NXT Deadline event on December 10th.

In regards to the Men’s Iron Survivor Challenge match, Shawn Michaels announced that Carmelo Hayes, JD McDonagh, Grayson Waller, and Joe Gacy are four of the five official competitors with the final competitor to be determined in a Men’s Wild Card match on next week’s show. This Wild Card match was announced to be a triple threat match between Andre Chase, Von Wagner, and Axiom.

In regards to the Women’s Iron Survivor Challenge match, Shawn Michaels announced that Cora Jade, Roxanne Perez, Zoey Stark, and Kiana James are four of the five official competitors with the final competitors to be determined in a Women’s Wild Card match, which will also take place on next week’s show. This Wild Card match was announced to be a triple threat match between Fallon Henley, Indi Hartwell, and Wendy Choo.

WWE’s Survivor Series WarGames event this past Saturday generated around 200,000 searches and a #7 ranking on Google for that day, according to the Wrestling Observer. Dave Meltzer reported that the amount of searches was lower than what WWE typically gets for a major or A-level event.

Television network FOX, home of WWE SmackDown, reportedly is currently in a contract dispute with DirectTV that could lead to FOX being pulled off the service as early as this Friday, according to the Hollywood Reporter.

In a recent interview with SHAK Wrestling, Sheamus revealed that the official reason why his Celtic Warrior Workout series on YouTube went on a hiatus from December 2020 to this past October was due to WWE’s edict against outside third party services at the time.

WWE reportedly will be holding a two-day tryout camp starting today at the IMG Academy in Bradenton, Florida, according to Sports Illustrated. Justin Barrasso reported that around 30 to 35 athletes will be participating at this tryout.

WWE reportedly invited NXT talents Zoey Stark and Joe Gacy for main roster tryout matches prior to the start of this past Monday’s RAW show in Norfolk, Virginia, according to the Wrestling Observer. Dave Meltzer reported that Stark’s competed in a match against Dana Brooke and Gacy competed in a match against Cedric Alexander that was taped for this week’s episode of Main Event.

As noted before, WWE NIL signee AJ Ferrari was arrested this past August following an investigation in a sexual battery incident involving a woman this past July. OKC FOX 25 reported that a judge recently ruled that there was probable cause for the criminal charges against Ferrari to go forward and scheduled an arrangement hearing to take place in December 6th.