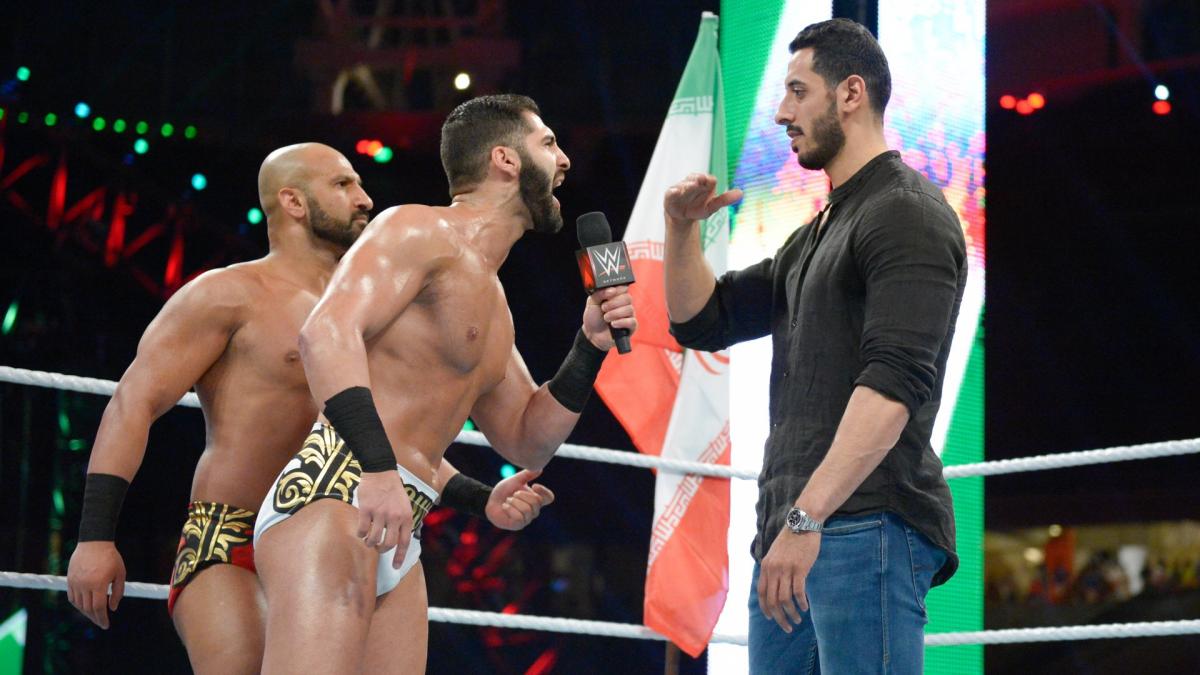 Ariya Daivari posted an apology “to anyone that may have been offended” and said that he received death threats after his appearance at Greatest Royal Rumble in Saudi Arabia.

Ariya and his brother Shawn showed up waving the Iranian flag at the show and verbally attacked WWE’s Saudi trainees before the Saudis took them out.

Unfortunately some people took offense to this despite it being pure entertainment. Some threats were made against my life. I wanted to put this statement out to clarify where I as a person stand compared to my t.v. character. https://t.co/NJbnlMnn28

During an appearance this past Friday, I portrayed a fictional character and played the role of the antagonist, no different than what other actors would do in a movie or TV show.

That character does not reflect my personal views and I apologize to anyone that may have been offended by the skit. I have an incredible amount of respect for the great people of Iran and I am very proud of my Iranian heritage.
Thank you.

There is a lot of (bordering on genocidal) hatred against Iran in Saudi Arabia and as soon as the segment happened, it seemed likely to me that the Daivaris were going to get some death threats. However, Ariya didn’t specify if the threats came from Saudis or Iranians, and the apology seems to be more for Iranians, so it could be that some of them were also pissed. The segment was covered in the news in Iran and the Daivaris did pretty much just get “humiliated” by the “strong” Saudis in the segment.