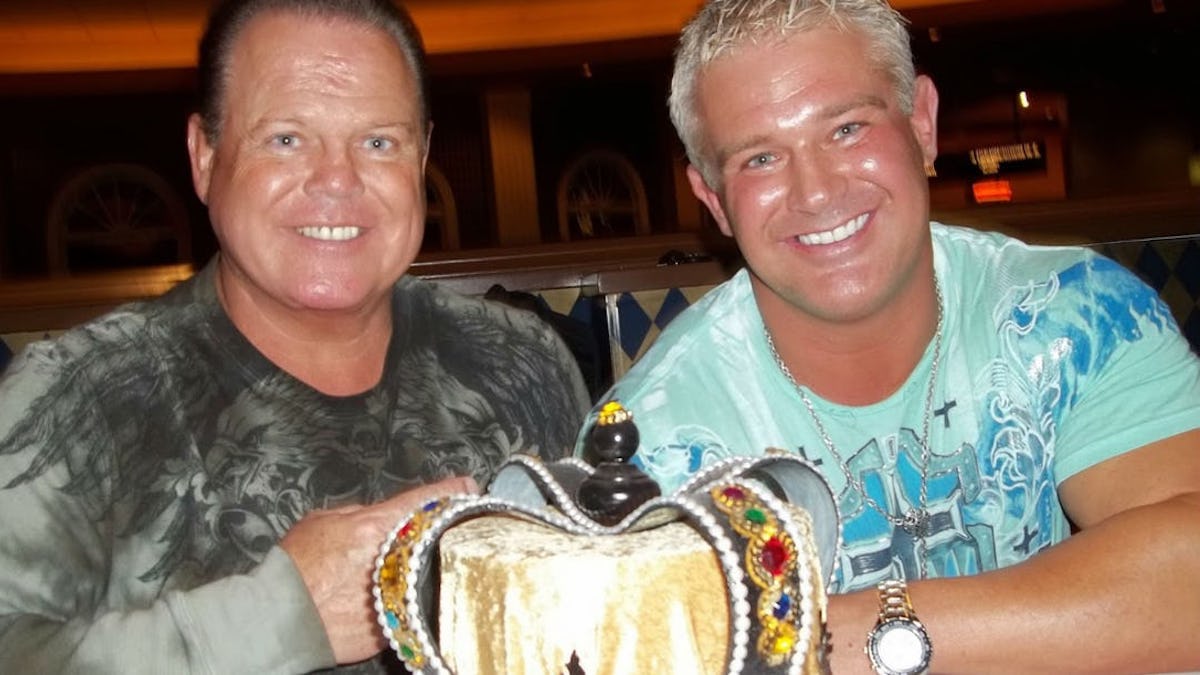 On Jerry Lawler’s podcast, Dinner With the King, he talked about the death of his son Brian Christopher Lawler and said that he has doubts that Brian committed suicide.

On the most recent episode of ‘Dinner With The King,’ Jerry “The King” Lawler, with his co-host Glenn Moore, talks at-length about the passing of his son, Brian Christopher Lawler.

For the first time, Lawler describes finding out the news while on the road, what the doctors said at the hospital, and why he believes Brian did not hang himself in jail.

You can watch the podcast below:

“I never dreamed it in a million years to get the phone call that I got last week. It was just devastating and then all of the events after that have almost been a blur. You’re suddenly living a nightmare.”

“I had many conversations with Brian from the time he got arrested from the time he was in jail. I even went to meet Brian and the Sheriff of Hardeman Country in his own office and had Brian in there. Brian was at the point where he needed help and I think he realized it. But, you know there’s some things that went on while Brian was in jail and then he basically was going to have a mandatory — it was his third DUI — and in Tennessee, I believe that’s a mandatory ninety-days in jail. We spoke with the Sheriff and this is the crazy thing, he said, ‘This is going to be the best thing for Brian. He needs help, we’re going to get him some help. We’ll get him into a rehab program from here.’ He said, ‘Jerry, my jail is going to be the best place for Brian for the next few weeks.’ He said, ‘I’ll personally keep an eye on him and he’ll be safe here,’ and then this is what’s happened.”

“I have doubts as to whether Brian really did actually commit suicide. The Tennessee Bureau Of Investigation is working on investigating what happened at the jail. I don’t have any results from that yet, but I have my doubts as well.

“I don’t want to believe that Brian committed suicide but by the same token, if there is something else involved, I don’t know if it will bring Brian back, I don’t know if it will make it better or worse. We just want to know what actually happened because right now there’s a lot of doubt and a lot of questions that are going to have to be answered in the next few months.”

“My attorney just looked at this and said, his exact words were, ‘Jerry, this doesn’t pass the smell test. I mean something’s not right about this whole thing.'”