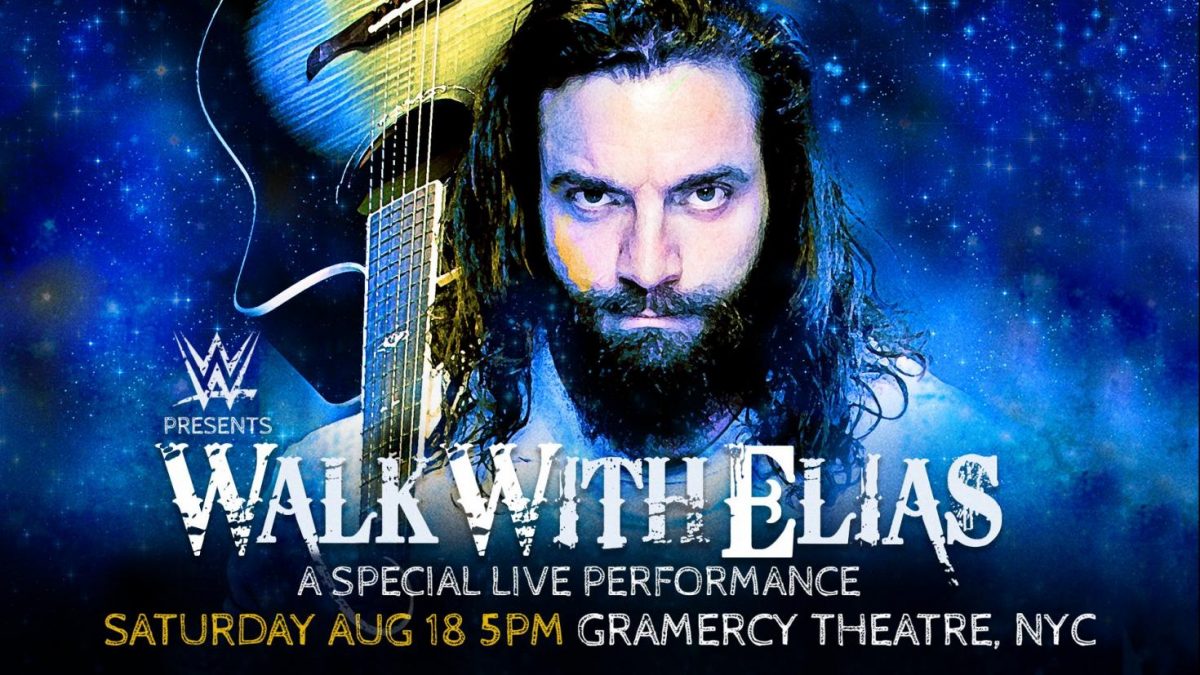 WWE announced that Elias will play a live concert at the Gramery Theatre in NYC on Saturday, August 18 at 5:30 PM.

Having dropped a hit album, Elias is ready for the next big step: A gig in New York City.

The Living Truth will play a special concert at New York’s Gramercy Theatre as part of SummerSlam weekend on Saturday, Aug. 18 at 5:30 p.m. titled “Walk With Elias: A Special Live Performance.”

Tickets are available through Ticketmaster.com, and the performance begins at 5:30 p.m. (Doors open at 5.)

“Every Superstar dreams of creating a lasting moment at the The Biggest Event of the Summer. Here are the 10 greatest SummerSlam endings of all time.”