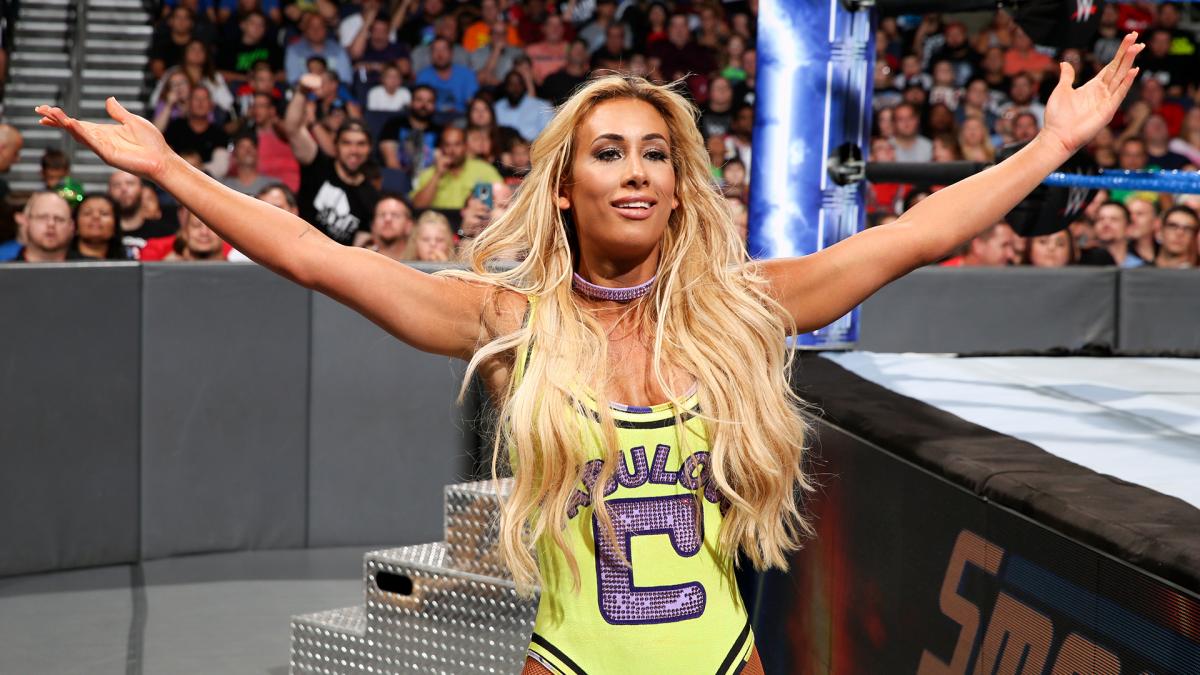 TV Insider held a recent interview with Carmella and some of the topics discussed included her work as a heel, origin of her catchphrase, teaming with R-Truth for Mixed Match Challenge, and her thoughts on intergender wrestling in WWE.

On the topic of her heel work, Carmella stated her main priority was to always make sure she did not do any stuff that could cause mixed or cheerful reactions from crowds.

“I know my role as a bad guy is to get everyone to hate me. If I try to act cool and do things that get a positive reaction, then I’m not doing anything for the person I’m in the ring with.

I don’t want to be somewhat cheered and somewhat hated. I went out there wanting people to hate me, and I’m going to do everything I possibly can to get everyone to do that. I just feel it’s important to do what’s right and not necessarily what is right for you but right for everybody.”

On the topic of the origin of her “Mella is Money” catchphrase, Carmella stated it was just a random idea she came up with one day.

“The ‘Mella Is Money’ is something I just started saying. And now it’s a thing. The laugh to me is kind of my natural laugh. If I really want to go nuts on laughing and think something is hilarious, that’s how I laugh. I guess it has become a thing now.”

On the topic of teaming up with R-Truth for Mixed Match Challenge series, Carmella stated she feels very excited to have another chance to show a different side to her character in the WWE.

“It’s only been a few weeks, so it’s crazy it has turned into this. That’s the same thing with Big E and New Day. I didn’t really know them until we were paired together for the Mixed Match Challenge. We just had this instant connection and great chemistry. It was just fun. I’m game to make a fool of myself. I don’t care.

I’m game to have a good time and play a character and know my role. Whether it was being a manager for Enzo and Big Cass in NXT and then with James Ellsworth and now with R-Truth. It’s cool to show different sides of myself and my character. I feel like not that many people get to do that. They sort of stay the same their entire career, but I totally am open to all aspects of Carmella.”

On the topic of intergender wrestling in the WWE, Carmella stated she considers it to be a good way to bring something unpredictable and entertaining to WWE’s typical style for shows.

“The other night Truth had a match with Andrade [Cien Almas], and Zelina [Vega] was out there. I pulled her off the apron, and the crowd went nuts.

I think when there is this intergender concept is happening, it’s different. You don’t know what is happening or what to expect, where if it’s just a women’s match you know they are going to fight. But when there are men and women involved, you just don’t know. I think it’s unexpected.”

Other topics discussed during the interview included her thoughts on being in WWE 2K19, her WWE career, WWE’s Women’s Revolution, WWE’s upcoming all-women Evolution event, and her hectic travel schedule.