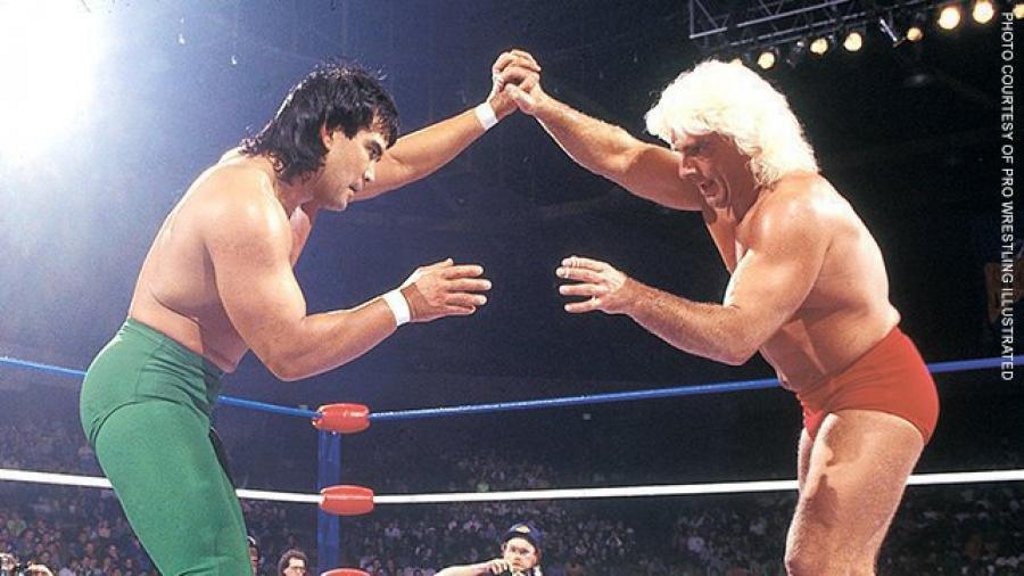 WWE Network’s Photo Shoot series recently had both Ric Flair and Charlotte Flair as the guests. One of the topics discussed included Ric Flair’s thoughts on who he considers to be the greatest babyface wrestler in the history of professional wrestling.

“There will be arguments about this, [but] not many that can stand. [Steamboat is] the greatest babyface of all time. I don’t think anyone had better matches in the history of the business than Steamboat and I had. [His] physique, second to none. Legitimately tough, and one of the nicest people you’ll ever meet in your life.”

An official preview trailer for the episode can be seen below.

“It’s incredible, I’m still speechless. It’s been a year in the making and tonight I get to finally show everybody in the WWE Universe exactly what Tegan Nox is all about.”

The NWA released a new episode of their Ten Pounds of Gold series focusing on the fallout from the NWA World Heavyweight Championship match at last weekend’s All In event.

ROH announced that the final batch of tickets for next year’s G1 Supercard event at Madison Square Garden are currently available for sale.