Interview: Lita on Her WWE Career, Her Health, and WWE Evolution 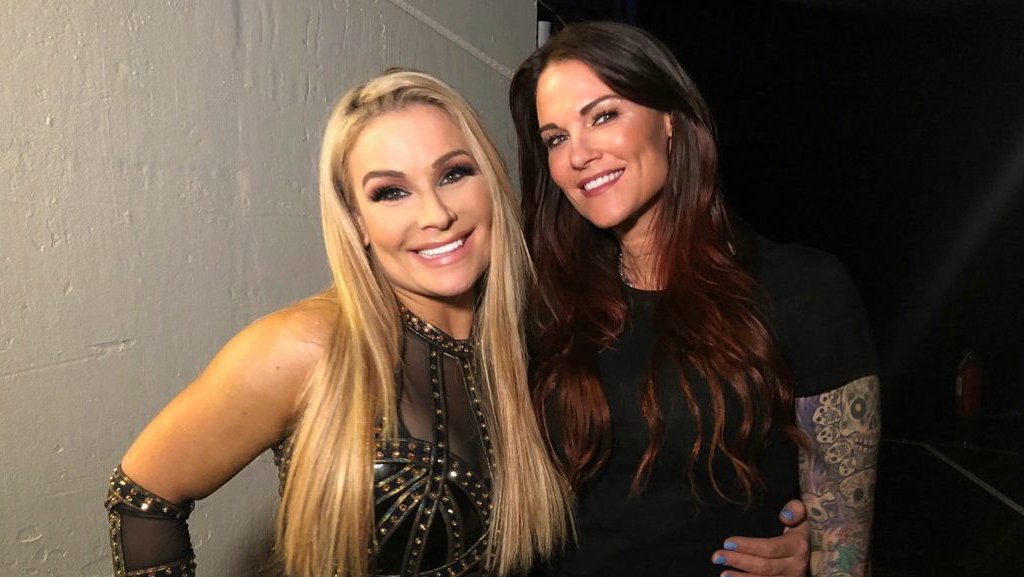 Natalya held a recent interview with Lita for the Calgary Sun discussing her WWE career, her health, and her recent return to the WWE.

Prior to the interview portion of the article, Natalya discussed Lita’s importance for women’s wrestling in the WWE and for being an inspiration for starting her own career in wrestling.

“Lita was, quite frankly, a trailblazer. She was the first woman to break down barriers by being different from other women in WWE. She didn’t just break them down, she flew over them, put them through tables and downright destroyed them. Lita was the perfect blend of pretty and punk, Lucha with a gothic edge and a high-flyer who could take on anyone, anytime, anyplace. She truly was ahead of her time.

When I watched Lita in Raw’s main event with Trish Stratus in 2004, I was in awe of both women. I had grown up around some pretty incredible male superstars in the Hart family, but I was captivated watching Trish and Lita steal the show. Here were these two talented, powerful women in a male-dominated world, and they were kicking butt! I wanted to be just like them. They made it cool to embrace blood, sweat and tears in order to pave the way for women like myself to compete in WWE today.”

On the topic of her WWE career, Lita stated the Attitude Era played a big role in her success since it allowed more freedom to try out new things based on fan reactions.

“I think the Attitude Era had a lot to do with trying new things and seeing what worked. I don’t think anyone thought the fans would respond to me the way they did. I completely attribute the fans’ response in what allowed me to continue to explore my uncharted path at WWE.”

On the topic of her health, Lita stated she feels really great overall and attributes this to prioritizing activity over a traditional exercise routine.

“I feel really great these days,” she said. “I don’t train hard, just smart. I want to be able to move and feel good, so while I prioritize activity, it’s not always a gym thing. I do yoga, rock climbing, hike and surf. I will hit the gym some days just to get in and out, but I prefer to get outside and feel my body perform, rather than sets of traditional exercises. Living in California, I have the luxury of year-round weather and I take full advantage of it.”

On the topic of her recent return to the WWE, Lita stated she is very excited to be teaming up with Trish Stratus at WWE’s upcoming Evolution event.

“We’ve always said if we came back for a match, we’d want to do it together. We didn’t get to have any interaction in the Royal Rumble, so we’re making up for that now. It’s great knowing your best friend is out there with you and you just know you have each other’s back’s 100%. I can’t wait to get out there with her at Evolution.”