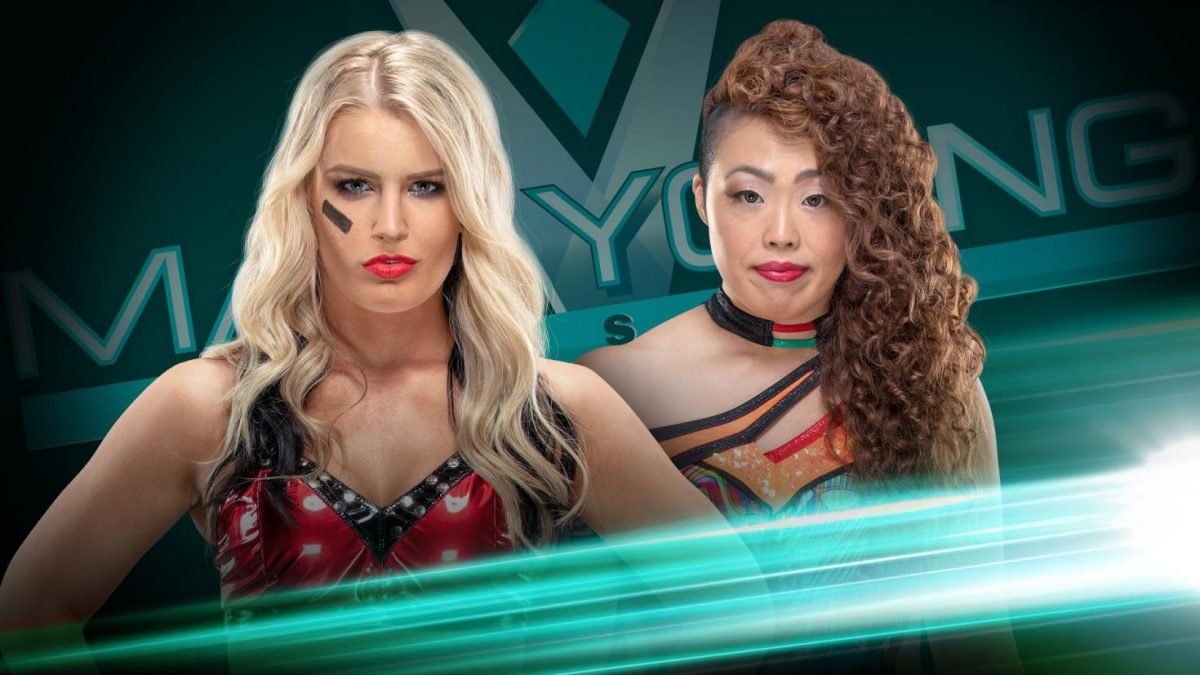 Toni Storm defeated Hiroyo Matsumoto in a second round match

According to Storm, they have wrestled each other seven times before now. I could only find results of two matches, both of which were in Stardom. One was a time limit draw and the other was a tag team match where Storm was on the winning side.

Storm defeated Jinny in the first round, while Matsumoto beat Rachel Evers.

This was a better match than a lot of the first round bouts. Michael Cole said Matsumoto likes to have fun. Ironically, this was immediately followed by a very heel move where she delivered a cheap shot after a clean break. Renee Young said that these two had a chance to watch each other in the first round, which allowed them to scout each other. So, she doesn’t watch the pre-match videos either.

Matsumoto played to the crowd, so Storm snapped off a German suplex, followed by a running hip attack and a Perfect Plex, but Matsumoto kicked out. Matsumoto locked on a Boston crab that transitioned into a single-legged crab, which Storm sold for all it was worth. Heads collided mid-ring and Matsumoto hit the Rock Drop, but Storm got her toe on the bottom rope.

The finish saw Matsumoto hit multiple clotheslines, but Storm ducked one and rolled her up, bridged backwards, and picked up the win!

Storm will now wrestle the winner of next week’s match between Mia Yim and Kaitlyn.

Rhea Ripley defeated Kacy Catanzaro in a second round match

Catanzaro is the American Ninja Warrior participant who was incredibly unique in her first round match against Reina Gonzalez. Ripley defeated MJ Jenkins in the first round. Ripley has a seven-inch height advantage and 42-pound weight advantage.

Ripley refused a handshake, so Catanzaro ran all over the ring, hitting her on all sides, until she got caught and thrown stomach-first on top of the top rope. Catanzaro teased a sudden win with a small package, but Ripley was back on her feet quickly and dropped Catanzaro with a dropkick. Ripley lifted her up for a vertical suplex and walked around the ring before falling backwards.

Catanzaro did her best Rey Mysterio impersonation by hitting both a tornado DDT and a corkscrew plancha to the floor. Catanzaro went for a springboard move, but she slipped and nearly hurt herself. They went and re-did the exact same spot, which made it weird that they didn’t edit the first one out. The fans did cheer for Catanzaro when she finally hit it. Ripley got tired and hit a Riptide for the somewhat surprising win.

Ripley will face the winner of Nicole Matthews vs Tegan Nox, which is next week.

Lacey Lane defeated Taynara Conti in a second round match

Lane scored a first round upset over Vanessa Kraven, while Conti defeated Jessie Elaban. Conti was the only woman who had to win a qualifying match before the tournament and then had a match against Elaban that was best described as “something that happened.” Lane’s victory over Kraven “shocked the world.” My goal for tomorrow is to ask random strangers what they thought of Lane beating Kraven and recording their answers.

Conti is either the most believable striker in WWE or she kicked the hell out of Lane. She followed kicking Lane in the ribs and hands by throwing a clothesline about two feet above Lane’s head. Shockingly, that missed. Lane made a brief comeback and won quickly with a crucifix bomb. They got them in and out as quick as possible.

Lane is now going to get her butt kicked in the quarterfinals by the winner of our main event.

Meiko Satomura defeated Mercedes Martinez in a second round match

Martinez beat Ashley Rayne in the first round, while Satomura defeated Killer Kelly. Satomura is a 23-year veteran, and I will bring this up during every match she has, is one of the very few women to have wrestled on WCW Monday Nitro.

Martinez got frustrated as Satomura controlled her on the mat. Martinez finally hit a belly-to-belly overhead suplex before controlling her with a side headlock. This stopped being a nice, little, respectful battle between veterans when Martinez slapped Satomura right in the face. Satomura battled out of a front chinlock and hit a high kick. However, she got tripped on the top rope and Martinez utilized a spinning neckbreaker for a near fall.

Martinez was slow to follow up, so Satomura locked on an armbar. Martinez had to roll all over the ring to finally reach the ropes.

Satomura kicked Martinez’s body up and down, to and fro and then hit a frog splash for a two count. Satomura did her handstand knee drop, which was kicked out of again. Martinez blocked a Pele and delivered a fisherman’s suplex for the closest of close near falls. Martinez went for the Mexican surfboard, but Satomura elbowed her way out of it and hit a Scorpion Kick for the win!

That was a tremendous match, and Satomura has to wrestle at least one more time. Lacey Lane, you might want to just wave the white flag now, because you’re next.