Neville Returns to the Ring at Dragon Gate Show in Japan 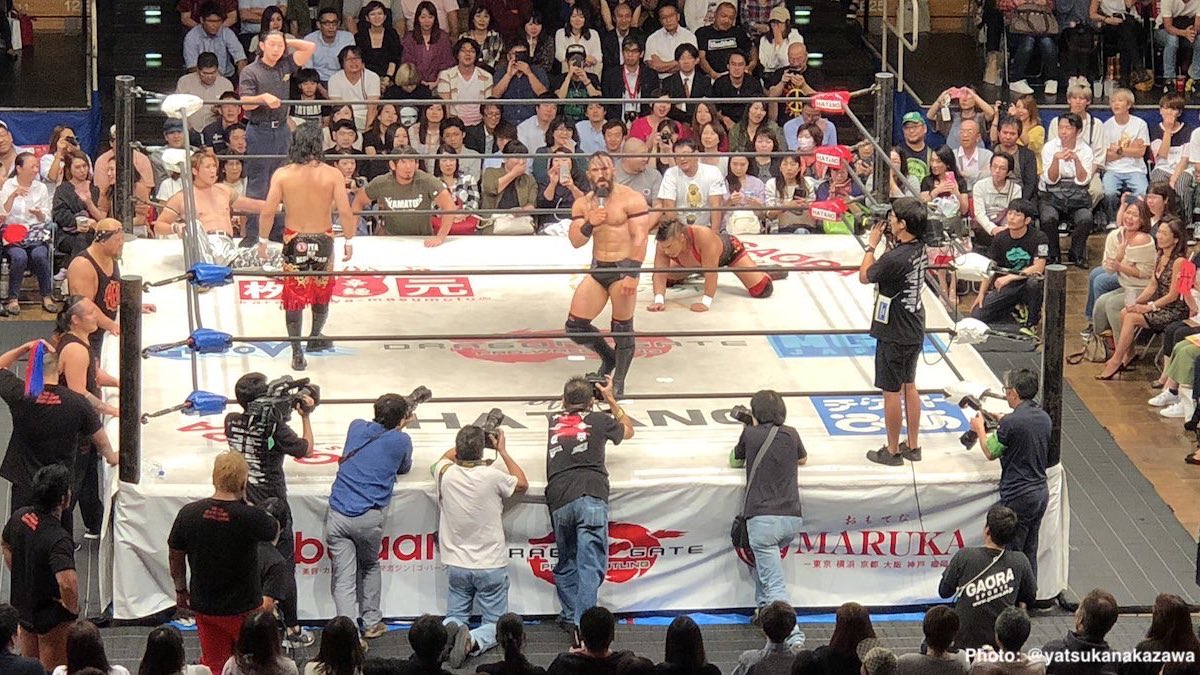 Neville made his return to wrestling earlier today at a Dragon Gate show in Tokyo, Japan.

Neville used his old name PAC and joined a heel stable called R.E.D. He returned as a mystery tag team partner for the show’s main event, teaming with Eita to defeat BxB Hulk and Shingo Takagi. Neville/PAC won the match for his team with a Red Arrow on Takagi.

Neville then cut a promo after the match saying that he was there to obliterate the crowd’s favorite wrestlers. Dragon Gate already announced that he’ll be wrestling for them again at their November 6 show in Tokyo.

Neville has a relatively long history in Dragon Gate, wrestling for them from 2007-2012, before going to NXT.

After finally being granted his release from WWE in August, there were reports last week that Neville had not been responding to wrestling promoters. That could have had something to do with him signing a deal with Dragon Gate, though there are no specifics about any deal yet.

Guess who's back?
Back again?
Neville's back
Back as PAC

Happy for the King @WWENeville.
Screw you WWE for wasting this King. He deserves better. Hope he also appears at #njkopw#DragonGateNetwork #DragonGate pic.twitter.com/w9APEXokeu