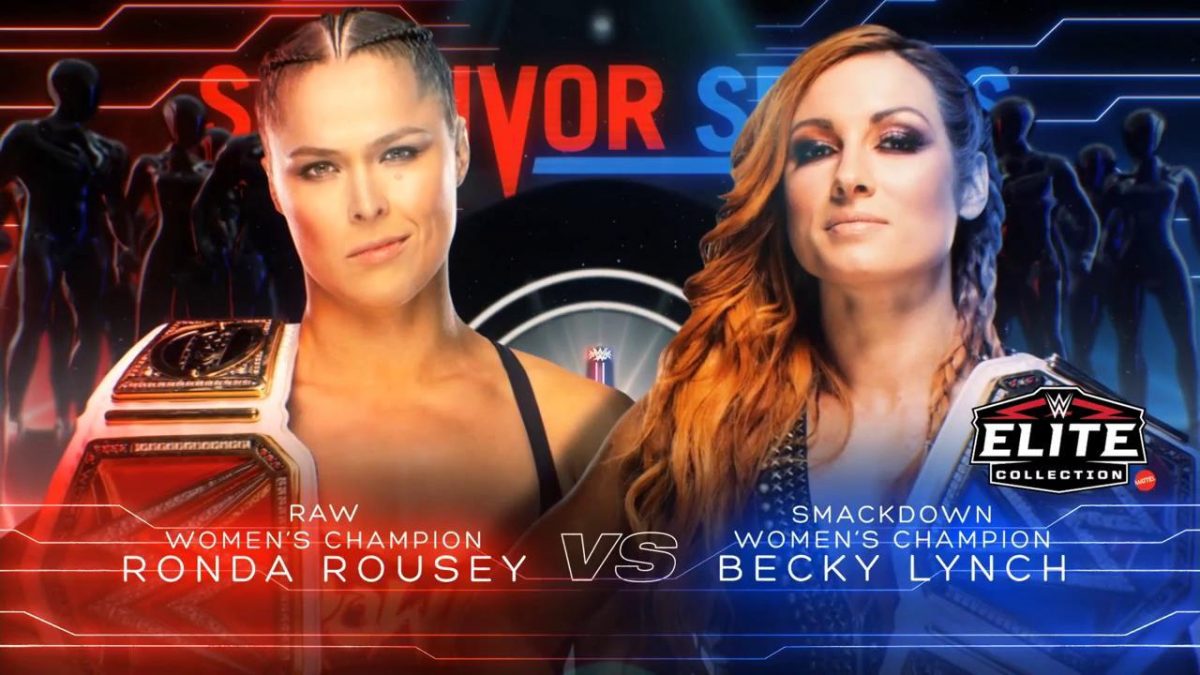 Ronda Rousey vs. Becky Lynch in a presumably non-title champion vs. champion match was announced for Survivor Series tonight on Raw.

Survivor Series will also apparently be Raw vs. SmackDown themed again this year, since in the promo on Raw, Corey Graves hyped it as “the one night a year where Raw and SmackDown compete in head to head competition.”

The Rousey vs. Becky Lynch match was set up with a backstage segment that was taped after last night’s Evolution PPV. Ronda Rousey was being interviewed backstage after the show when Becky Lynch interrupted. With tension and animosity, they congratulated each other on their wins, then Becky said, “I’ll be seeing you soon” and walked away. Rousey responded with, “Yeah, I will be seeing you soon… champ.”