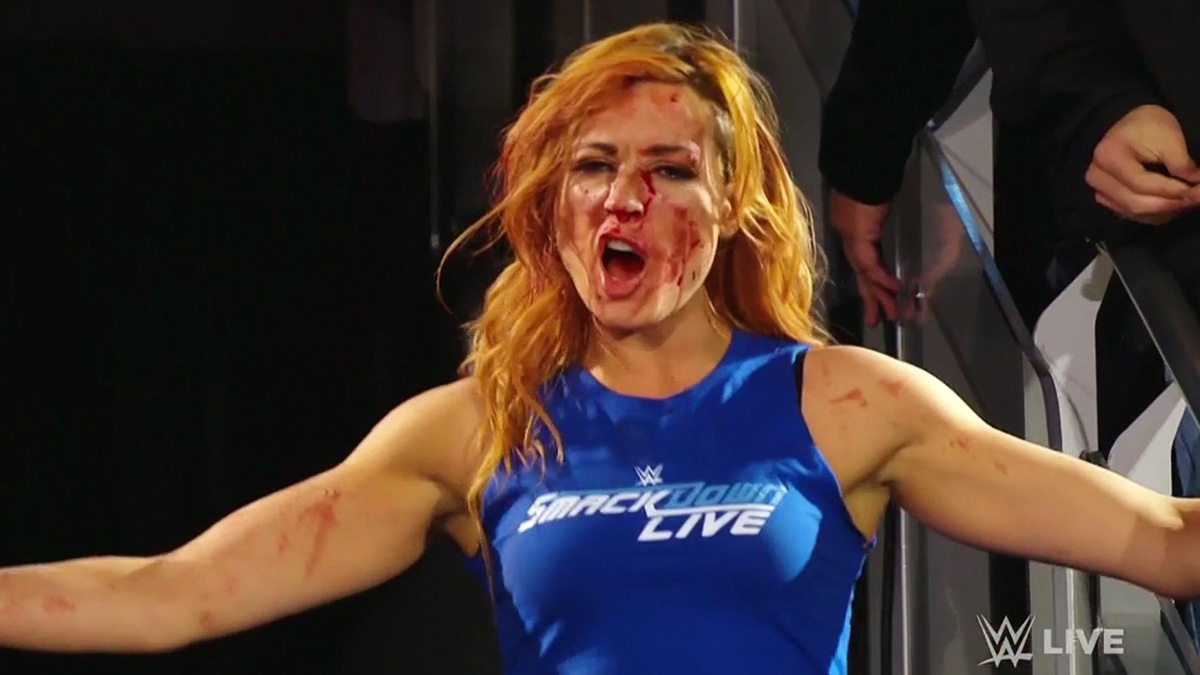 The SmackDown women’s roster “invaded” Raw tonight, attacking the Raw women’s roster. Becky first attacked Ronda Rousey backstage, then they made their way to the ringside area, where the rosters battled each other.

During the skirmish, Becky was busted open, apparently either with a cut next to her eye, or from her nose. You can check it out in the video below. It happened off camera when Becky was near Nia Jax at around the 0:14 mark below.

SmackDown invades #RAW,
Becky Lynch gets busted open and may have a broken nose pic.twitter.com/7WAqQmeHKo

WWE put out a longer video of the segment, but it’s in black and white because of the blood. The injury happens at around the 1:14 mark in the video below:

The legend of @BeckyLynchWWE grows every week. pic.twitter.com/tKRVIusJcE

THE Queen of #WWE.