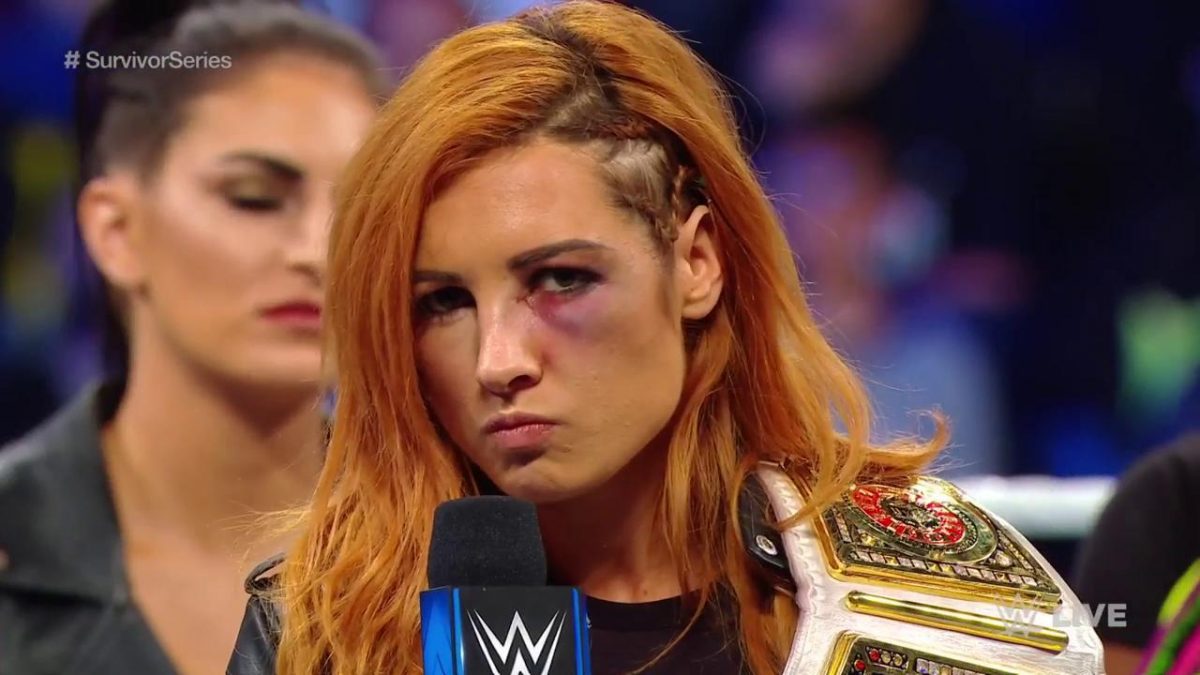 Charlotte Flair was named as Becky Lynch’s replacement at Survivor Series against Ronda Rousey. Becky will not be able to compete at the show due to what WWE says is a “severe concussion and broken face.”

During a segment on SmackDown, Paige brought the SmackDown women’s roster into the ring, then Becky Lynch came out, with a black eye, and explained that she isn’t medically cleared to compete, so she would have to pick a replacement. She walked up to each woman, then picked Charlotte, telling her to make Ronda tap at Survivor Series. The two former friends and enemies then hugged each other and Becky walked off, still holding her SmackDown Women’s Championship.