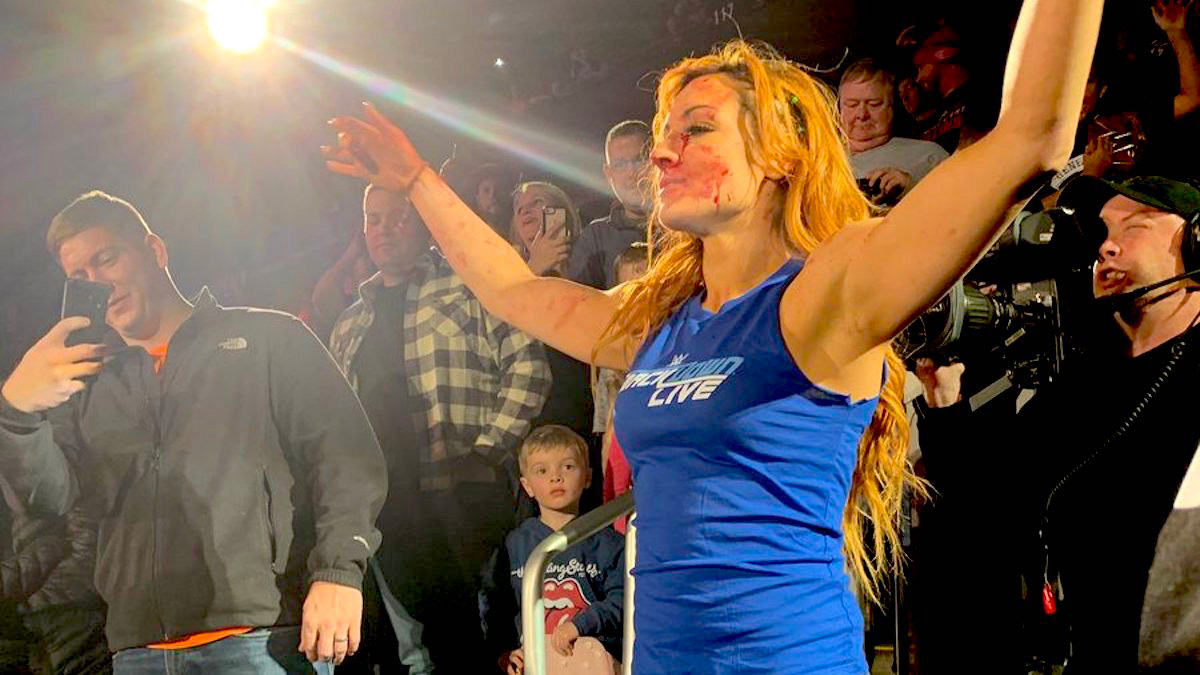 WWE.com confirmed the reports from earlier today that Becky Lynch will miss Survivor Series due to an injury that she suffered at the end of Raw.

According to WWE, she suffered a “broken face and severe concussion.” From WWE.com:

As a result, Lynch will no longer be facing Raw Women’s Champion Ronda Rousey this Sunday at Survivor Series.

On SmackDown, the commentary team announced the injury at the beginning of the show and said that a replacement opponent for Ronda Rousey would be named later tonight.

The injury happened at the hands of Nia Jax, who slugged Lynch in the face inexplicably hard, busting her open during last night’s SmackDown invasion of Raw. WWE showed slow motion replays on SmackDown, which you can see below.

Becky made it seem like she was really hopeful that she would still be able to wrestle at Survivor Series and there was no indication that she would have to drop the title at any point, so that could mean that the injury hopefully won’t cause her to miss too much time, despite how bad “broken face and severe concussion” sound.