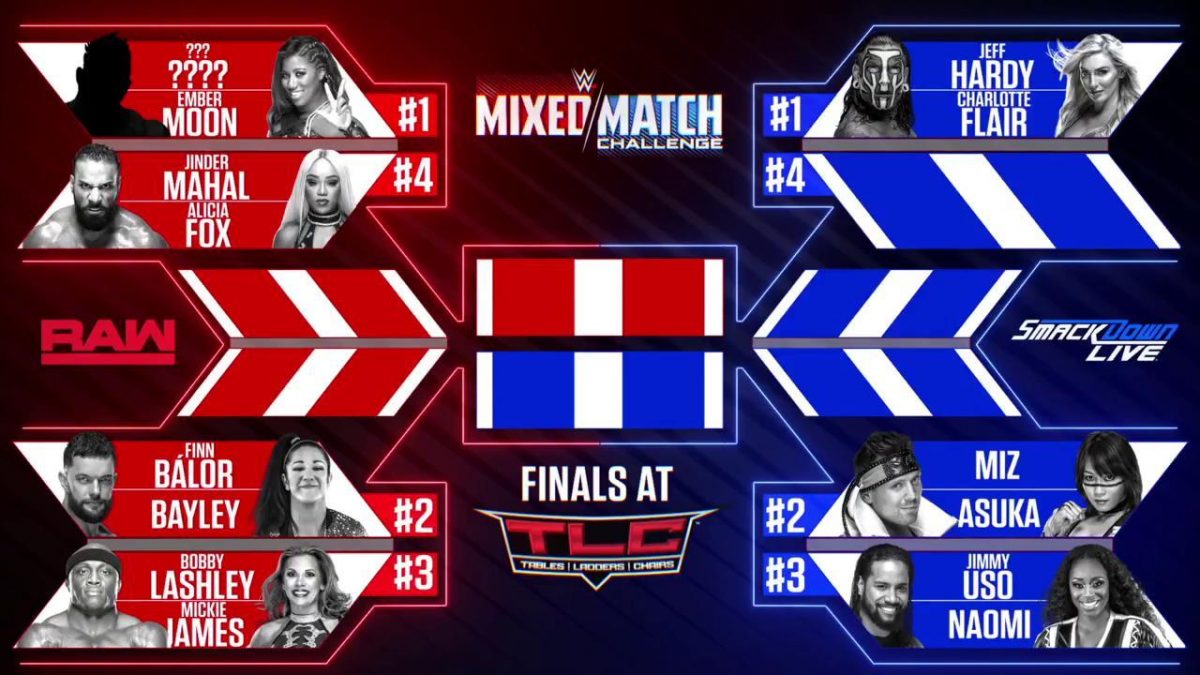 Braun Strowman will no longer be part of Mixed Match Challenge, they announced tonight. Ember Moon’s new partner will be announced next week. Braun is set to undergo surgery for bone spurs in his elbow.

The playoffs start next week and here’s how they look. The missing #4 seed on the top right will be Carmella and R-Truth.

Next week will be the two Raw matches. The finals will happen at TLC on December 18.

Bobby Roode & Natalya, and Rusev & Lana were the two teams that didn’t make the playoffs, both going 0-4. 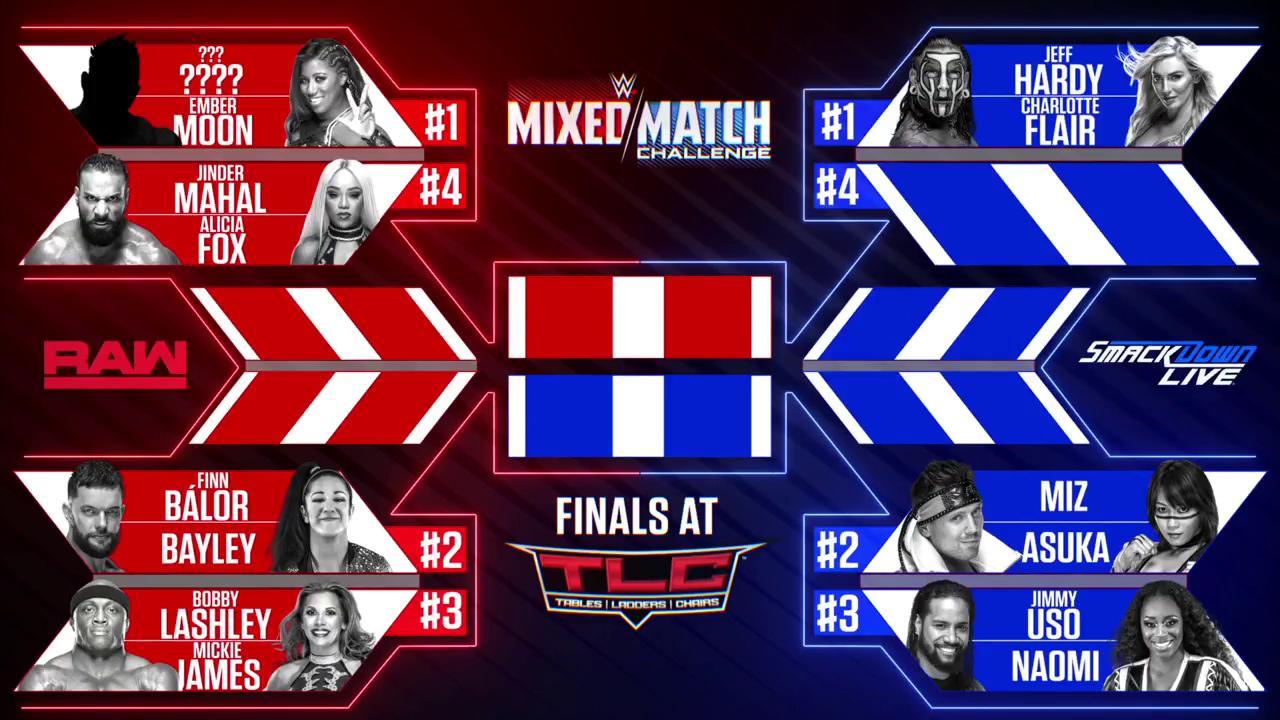