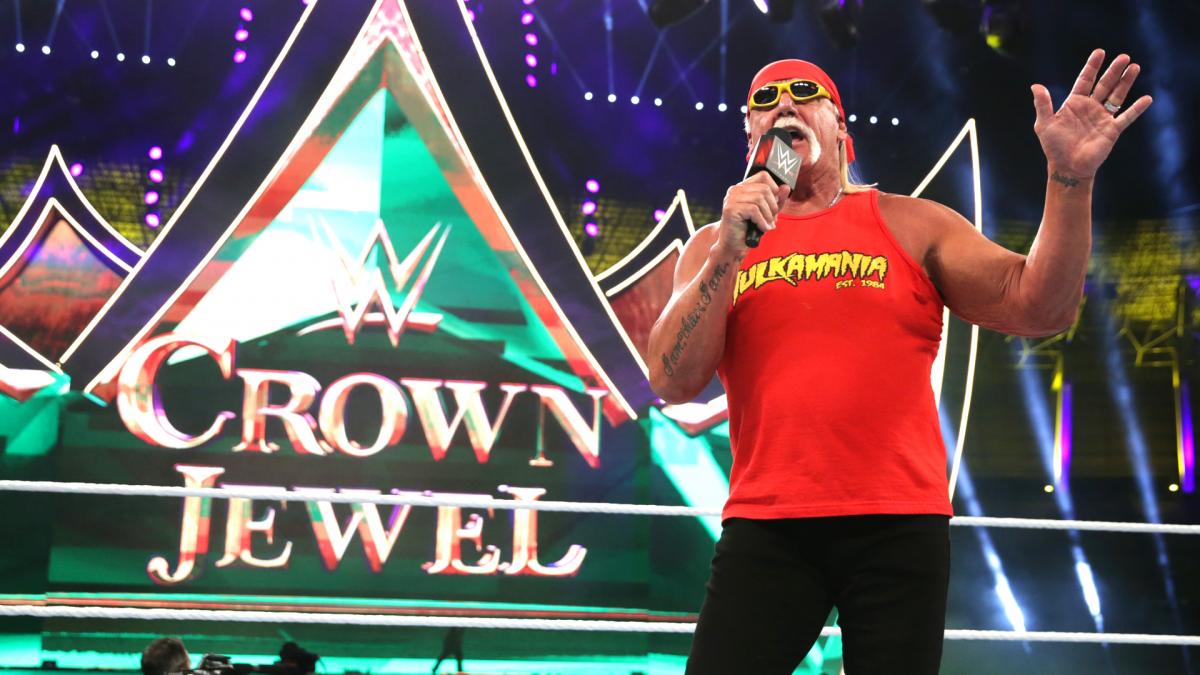 Hulk Hogan made his first WWE TV/PPV appearance since he was fired in 2015 today at Crown Jewel.

Hogan was billed as the “host” of the show and came out to his “Real American” theme to start the show, then cut a quick promo:

Well, let me tell you something brother. You know something, Maniacs, it feels so good to be out here in front of the whole WWE Universe and to be out here with all my stark-raving Hulkamaniacs, brother. But you know what even feels better is after I climbed on that huge jumbo 747 jet, flew half way across the world and landed here, I found out that the power of Hulkamania and the power of the Hulkamaniacs was stronger than ever right here in the Crown Jewel, jack.

It’s great to see you guys. It’s awesome to be here back in the WWE. It’s unbelievable to be your host tonight and guess what, maniacs, the show starts right now. So whatchya gonna do when the power of Hulkamania and the Crown Jewel run wild on you, brother?

It’s great to be back with my @WWE Universe family. The love and welcome from the talent and stark raving Hulkamaniacs totally blew me away brother. Only Love HH