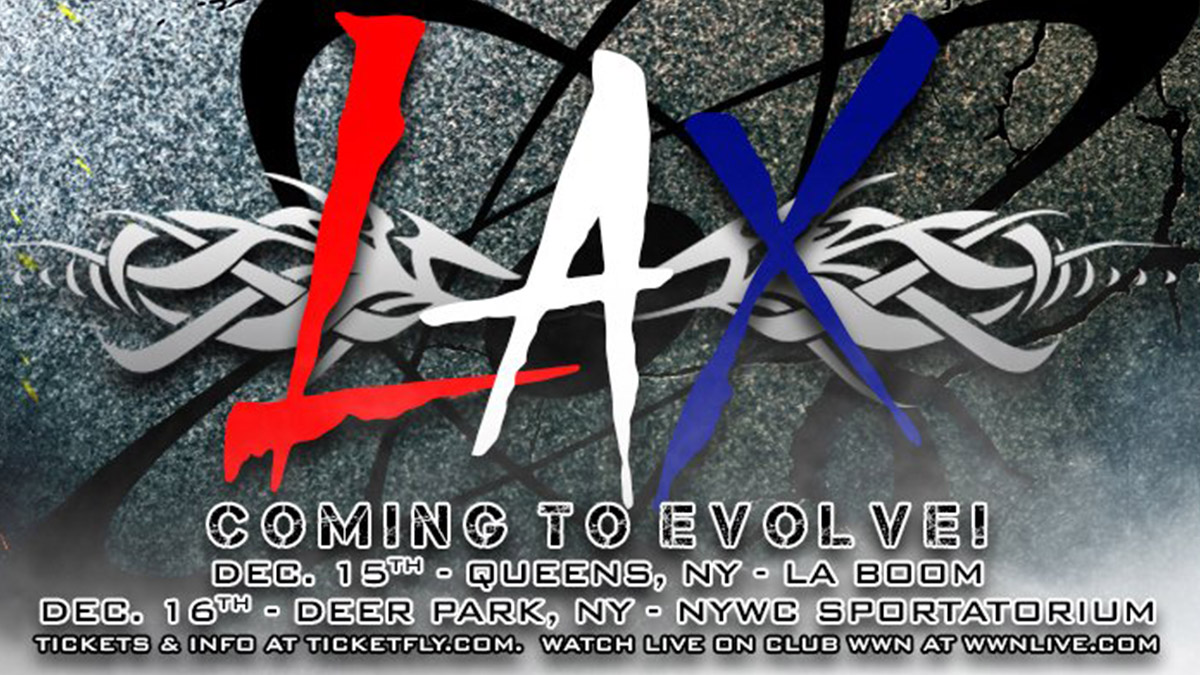 Impact Tag Team Champions LAX were scheduled to wrestle at two shows for EVOLVE next month, but earlier this week, Impact pulled them from the shows. They were booked in matches against the current EVOLVE Tag Team Champions, NXT wrestlers The Street Profits.

The reason they were pulled, according to Dave Meltzer, is that Impact didn’t want its tag team champions losing to two WWE developmental wrestlers on a show that could eventually end up on the WWE Network. EVOLVE is strongly affiliated with WWE, and in its current form, Impact sees it as essentially part of WWE. The head of EVOLVE, Gabe Sapolsky, also works for NXT.

EVOLVE released a statement about the situation today saying that they booked multi-team matches and not a straight up LAX vs. Street Profits match to “protect all parties politically” and also said that they “will no longer consider booking Impact Wrestling contracted talent moving forward.”

We are sorry to inform you that Impact Wrestling has pulled LAX off the upcoming EVOLVE dates. EVOLVE officials were contacted by LAX and informed that they were needed for something else that weekend. No other explanation was given. Impact Wrestling didn’t contact EVOLVE officials and left it up to LAX. There is no heat on LAX as WWN understands the situation they were put in. EVOLVE officials had told LAX that the plan was to have matches with EVOLVE Tag Team Champions The Street Profits of Montez Ford & Angelo Dawkins that weekend. EVOLVE was informed that LAX would not be able to lose in those matches. In order to avoid any political issues, EVOLVE made one night a triple threat match and the other night a six man tag. This would give the fans the LAX vs. Street Profits matches they wanted, while protecting all parties politically. Unfortunately, Impact Wrestling waited until the matches were announced and then pulled the talent the next day. This all could have easily been avoided by not allowing LAX to take the dates in the first place. EVOLVE will no longer consider booking Impact Wrestling contracted talent moving forward. EVOLVE officials are currently working on a replacement and will have news early next week. We apologize for the lineup change, but assure you that EVOLVE will produce something special on for EVOLVE 117 December 15th in Queens, NY and EVOLVE 118 on December 16th in Deer Park, NY. Thank you for your support.

These were the originally scheduled matches:

In a perfect world.

It would’ve definitely been cool, especially for the fans. But wrestling has proven to us once again that there’s still much more work that needs to be done, in order for all of us us to truly enjoy the endless possibilities. https://t.co/3YQUUfSzT0