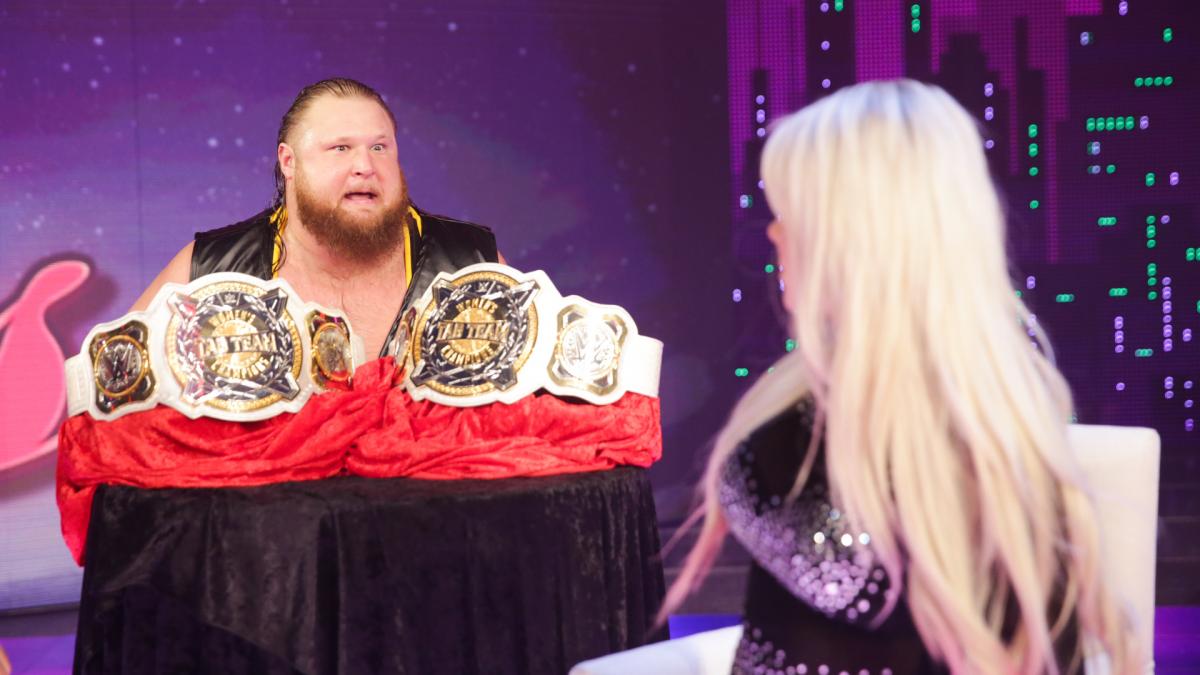 Five of WWE’s latest batch of NXT call-ups made their official main roster debuts on tonight’s Raw (though Cross did also appear on SmackDown in November). EC3, Heavy Machinery, Lacey Evans & Nikki Cross all appeared on screen. Notably missing was Lars Sullivan, who is reportedly dealing with anxiety issues.

It was explained that they’re not officially part of Raw and that all of them will appear on both Raw and SmackDown before being assigned a brand.

We now take you to the @therealec3 Moment, already in progress.

Thank you. This has been the EC3 Moment. pic.twitter.com/7fEH4yErCE

During the middle of a Revival vs. Lucha House Party match, the camera cut backstage to show several wrestlers outside of Vince McMahon’s office, looking for a title shot against Brock Lesnar, including Apollo Crews, Curt Hawkins, The B-Team, Heath Slater. The camera then showed EC3, who just stood there and smiled.

Nikki Cross was the only one of the bunch who actually wrestled. She teamed up with Bayley & Natalya in a six woman tag match against The Riott Squad, helping her team pick up the win.

Lacey Evans was briefly shown in a backstage segment that just had Finn Balor walking. He looked to the side and saw Lacey Evans chatting with Dana Brooke and Mickie James.

The most intriguing and strange debut of the night was by Heavy Machinery. During the “A Moment of Bliss” segment with Alexa Bliss and Paul Heyman, Otis Dozovic suddenly wandered on, looking confused, then started yelling nonsensical things as he maniacally stared down a frightened and confused Alexa Bliss. Tucker Knight then came out and tried to get him backstage, while apologizing to Bliss. Dozovic then yelled “pretty lady” as he was forced backstage, leaving Bliss and Heyman staring at each other, confused.