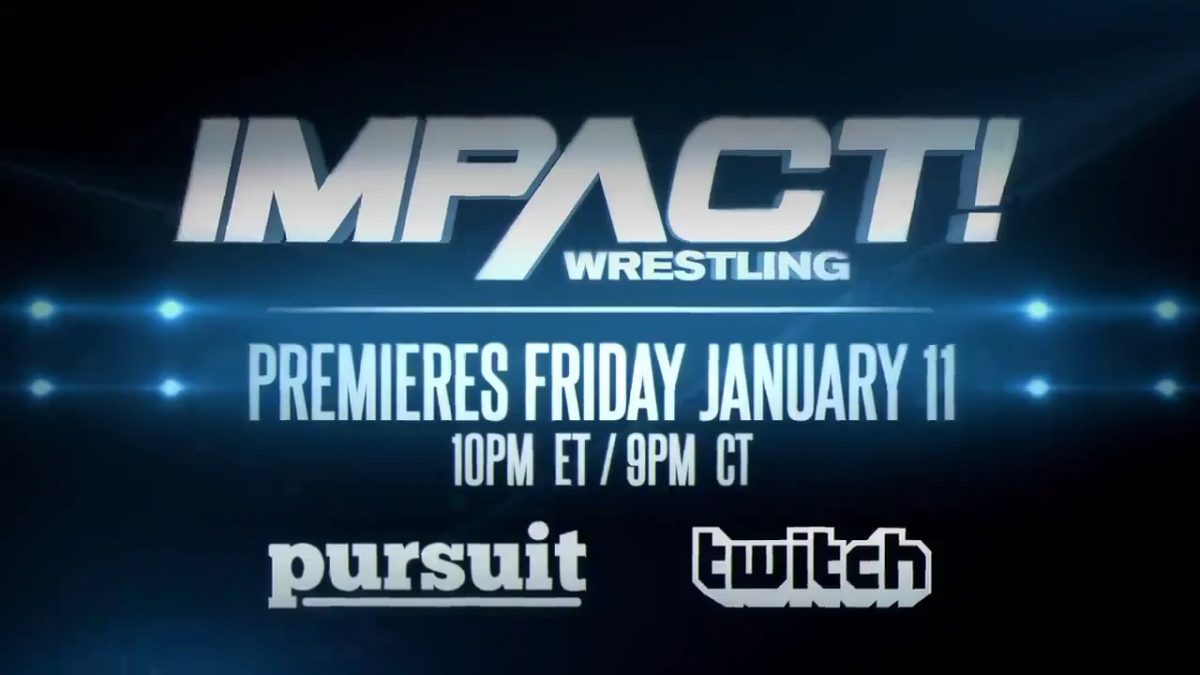 In-Ring: Johnny Impact, Brian Cage, Killer Kross – Impact World Champion Johnny Impact entered for a promo. He said Taya Valkyrie has been in the hospital for days. Brian Cage came out and was way more over with the crowd than Johnny. Cage said he doesn’t care about Taya — as Johnny wouldn’t care about his family. All he cares about is the Impact World Championship, which he believes he won at Homecoming. Killer Kross then came out. Kross said Johnny is showing his true colors by actually only caring for himself. During the promo, Johnny attacked Cage and then Kross as he came down to the ring. Cage regained his composure and took Johnny out. Kross attacked Cage, but he no sold it and held the World title in the air to close the segment.

Pentagon Jr. & Fenix defeated The Rascalz (Dezmond Xavier & Zachary Wentz) – Great match. The crowd loved both teams, and the match was filled with high spots. It ended with Pentagon and Fenix hitting a package piledriver/cutter combo to win. Both teams then got a standing ovation.

In-Ring: Rich Swann, Sami Callihan, Willie Mack – Josh Mathews was in the ring and asked new X Division Champion Rich Swann to join him. Swann entered dancing and smiling before cutting a promo putting over the X Division. Sami Callihan came out and said there is a past between them that we are not allowed to know at this time. Callihan offered Swann a spot in oVe. Before he could answer, Willie Mack came out and immediately brawled with Callihan.

Willie Mack defeated Sami Callihan – Mack gave Callihan a nasty looking slam onto the apron. Callihan used the referee as a shield to distract and take the advantage. He hit a piledriver on the ramp and tried to get a countout win, but Mack got in the ring at the last second. There were hard shots back and forth. They traded near fall attempts until Mack reversed a piledriver for the pin.

In-Ring: Scarlett Bordeaux, Desi Hit Squad, Scott Steiner – Scarlett Bordeaux was out next, noting that her talent search ends next week. She wanted to know if the people wanted to see the whole show. She started to strip, then the Desi Hit Squad came out. Scott Steiner made his way to the ring. He was mad because they were stopping the strip show. He then talked about hunting two-legged deer at a strip club in Detroit. He cleaned house, with Bordeaux giving him a brief dance after.

Killer Kross defeated Johnny Impact in a no DQ, non-title match. The crowd was still into Kross more than Johnny. This was a really violent match. At one point, Kross Pillmanized Johnny’s neck with a chair. He dropped Johnny onto the metal gate. They then pulled chairs from the audience into the match. Johnny hit a moonsault onto a stack of chairs over Kross, and there was a dueling chairs spot. Johnny went for Starship Pain as Kross was under a pile of chairs, but Moose pushed Johnny off the top into a table that was set up earlier. Kross choked Johnny out to win, then the heels celebrated.

Tessa Blanchard defeated Cali – This was a total squash. The crowd chanted “Still the champ” at Blanchard. She was very aggressive in hitting many hard strikes and kicks, and Cali never even got any offense in. Blanchard was going to hit her finisher, but she instead hit Gail Kim’s finisher to win it.

Power Outage – Eli Drake entered. There were legitimate power/technical problems as the graphics went out and no mics worked. Drake entertained the crowd until Tommy Dreamer came out. He confirmed they blew power to the truck. Don Callis, Josh Mathews, Jimmy Jacobs, Sonjay Dutt, and others all went backstage to fix it. They sent out a match (Crazzy Steve vs. Logan James) for the fans while they worked on it. Afterwards, they were still fixing the power. Wrestlers and staff were handing out calendars and taking pictures with fans. Fallah Bahh also entertained the crowd. After about 25 minutes, the power was back and the show resumed where it left off with Eli Drake coming out.

Dark Match: Crazzy Steve defeated Logan James – Steve got a huge “Welcome back” chant. The match went long to try and cover the time used to fix the problem. Steve eventually won to a big pop.

Ethan Page defeated Eddie Edwards by DQ – Drake was on commentary for the match. Page has his own music and graphics and is no longer using Matt Sydal’s. Page won via disqualification after Edwards hit him with the kendo stick. After the match, Drake cut a promo on Edwards. Drake said Edwards used to be a good wrestler and a multi-time champ — but since he went hardcore, he’s nothing but a loser. Drake challenged him to be the old Edwards. Drake vs. Edwards seems to be a program going forward.

Jordynne Grace defeated Allie – Grace won in dominant fashion. The lights flickered before the match started to set up the post-match angle in which Rosemary came out and tried to get Allie to “see the light” — but Allie retreated instead.

In-Ring: Brian Cage, Johnny Impact, Killer Kross, Moose – KM (w/ Fallah Bahh) vs. Caleb Konley was scheduled, but Cage came out and destroyed everyone, including the referee who was in charge of his match at Homecoming. The fans chanted “Next World champ.” Cage grabbed a mic and said he’s upset that, despite Johnny Impact promising him the next World title shot, he found out Kross will get it next week in Mexico City. Cage said he will do whatever it takes to win the title. Johnny entered but was ambushed by Kross and Moose. Cage stayed and just watched. After they were done, Cage tried to attack Johnny — but Kross and Moose returned and beat him down too.

X-Division Champion Rich Swann defeated Trey Miguel – Another really great match. They slapped the hell out of each other and traded a series of kicks and high spots. Swann won with the 450. oVe all came down after. They once again pressured Swann to accept the shirt they offered him. They backed him into a corner. Before he could accept or decline, LAX came out.

Brian Cage defeated Moose – This match was very physically intense. It was more impactful than the match they had on TV a few weeks ago, and this one had a definitive winner. Moose tried to use a chair. He missed, which allowed Cage to hit the Drill Claw to win. The fans chanted “Next world champ.”