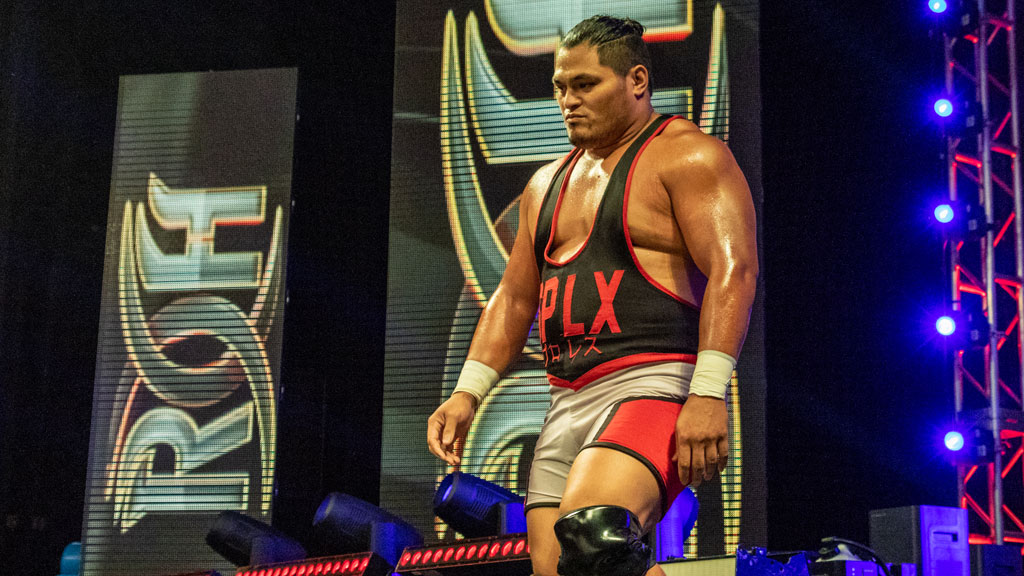 A recent episode of the Interactive Wrestling Radio podcast show had Jeff Cobb as the guest and some of the topics discussed included his ROH career, the loss of the Elite for ROH, who in ROH he is eager the most for a match, ROH’s upcoming G1 Supercard event, and his dream match for G1 Supercard.

On the topic of his ROH career, Cobb stated he has been enjoying his time in the company.

On the topic of his thoughts on the Elite leaving ROH, Cobb stated he feels their loss is a big blow to the company but feels confident that ROH already has guys ready to take over the reigns and lead them into the future.

“It is always a blow to any company when an athlete leaves. You can relate that to pretty much any sport. I’m a basketball fan. When Michael Jordan left to go play baseball, the Chicago Bulls were still good. They refilled the talent pool. I feel that is the same with Ring of Honor. Ring of Honor didn’t shut down when guys like Genericho, Kevin Steen, or Daniel Bryan left. They just found the next crop of guys who were ready to step up and take the reigns of Ring of Honor and take it into the future. Don’t get me wrong, The Young Bucks are huge stars. Cody is great big star. SCU, Page, and all that. But, at the same rate, we’re bringing in great talent. Villain Enterprises, Juice Robinson, Bandito. There’s going to be voids to fill and I feel like our new signings are going to step up and take the company into the future.”

On the topic of who in ROH’s locker room he is eager the most for a potential match, Cobb stated Jay Lethal and Dalton Castle as his choices.

“Honestly, Ring of Honor’s locker room is so great, I would love the opportunity to wrestle everyone that I haven’t had the opportunity to wrestle with yet. Off the top of my head, and not in any particular order, I’d be stupid not to want to wrestle Jay Lethal because he is the franchise, he is the gate keeper, he’s the guy that Ring of Honor is on the back of. He’s carrying it, you know? I would love to wrestle Dalton Castle. We both have amateur backgrounds. And, I could beat up one of The Boys. (laughs)”

On the topic of ROH’s upcoming G1 Supercard event, Cobb stated he feels very hopeful of getting the chance to wrestle at Madison Square Garden due to its iconic status as the “mecca of professional wrestling.”

“Going back to earlier, some venues have history. I feel like the Garden is the mecca of professional wrestling! I amateur wrestled there in 2003… It would be awesome to pro wrestle there. If I can do it, I hope Ring of Honor doesn’t zoom in on my face because I might be crying on my way down to the ring. (laughs) We’ll leave it at that. If that were to happen, I would have the time of my life. Probably take like 30,000 pictures! I don’t post much on social media, I’m bad at it. But, I’m going to post so many pictures if I’m on that card. People are probably going to get sick of me. But, it is the Garden!”

On the topic of who he would like to face off for a potential match at ROH-NJPW G1 Supercard, Cobb stated Kazuchika Okada and Tetsuya Naito as his choices.