Cody vs. Dustin Rhodes Announced for AEW Double or Nothing 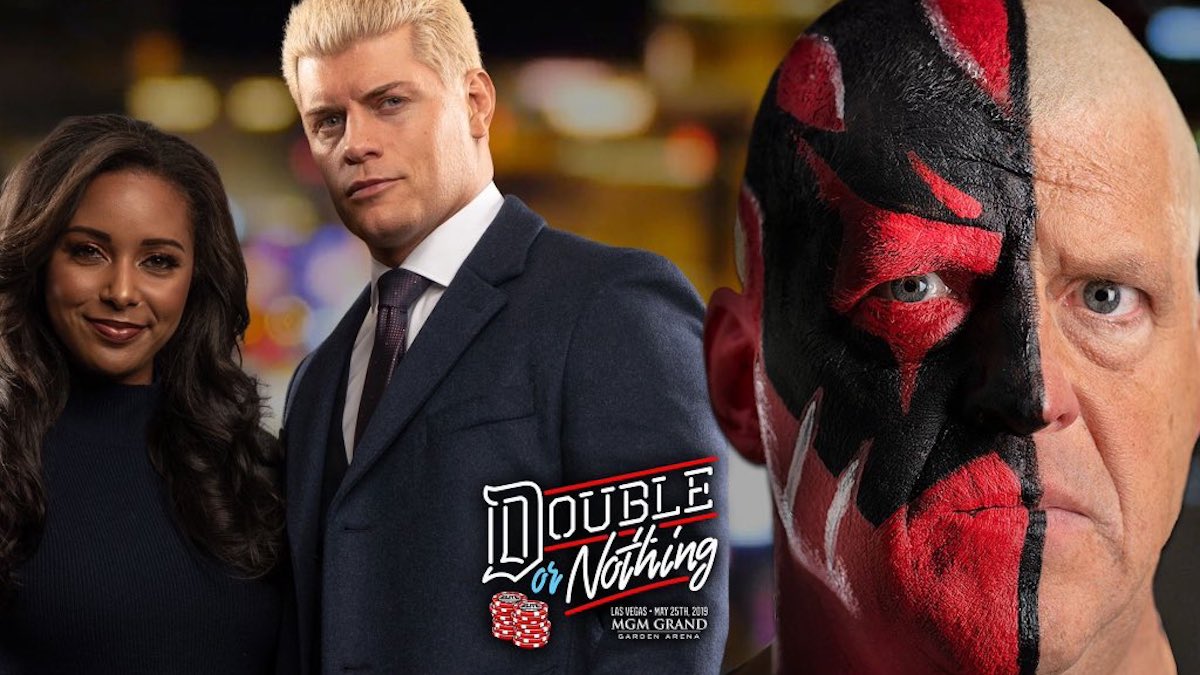 AEW revealed Cody Rhodes’ mystery opponent for AEW Double or Nothing and it’ll be his brother, Dustin Rhodes.

The announcement was first made on today’s episode of “Road to Double or Nothing,” which focuses entirely on Dustin.

The match is being billed as “one last ride,” which would seem to imply that it’ll be Dustin’s last match, but Dustin seemed to disagree, saying, “If this is ‘one last ride,’ let’s bill it as ‘one last ride.’ OK, that’s fine. That’s awesome, I like it. But it sounds to me like Cody is trying to put me out to pasture or something. Good luck with that, little brother.”

It was reported last month that Goldust’s WWE contract had officially expired and the obvious next stop would be to join his brother in AEW. At the time, Dustin denied the story, saying it was “complete bullshit” and it’s “exactly why I hate smart marks.”