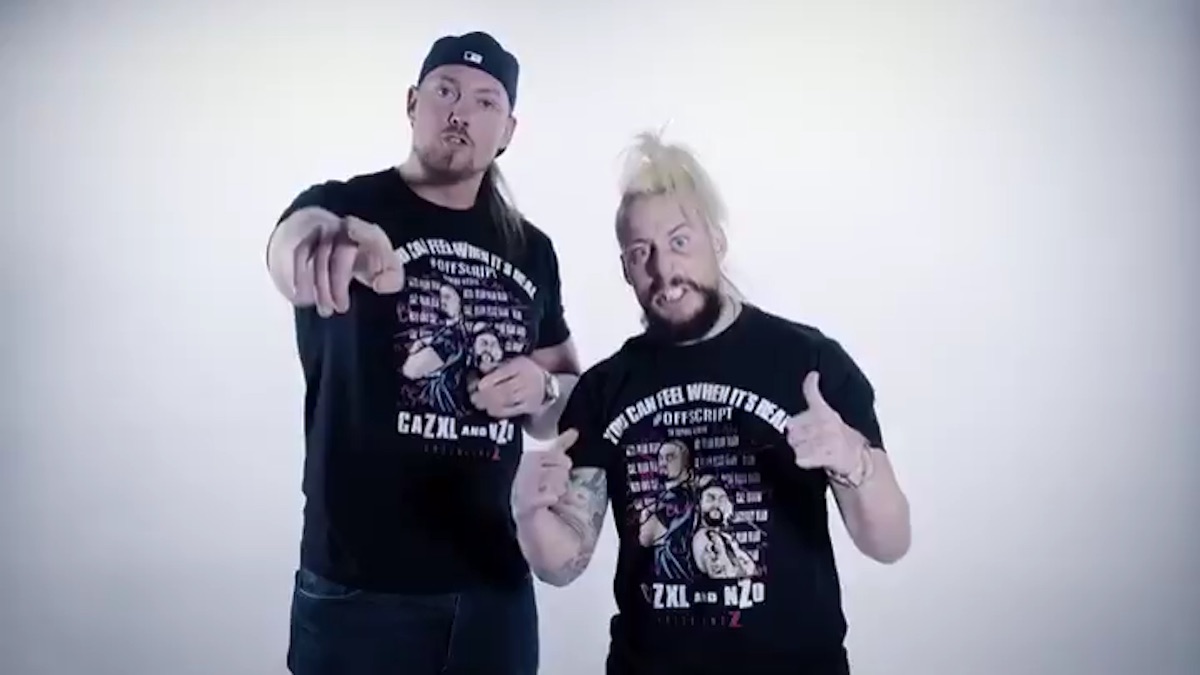 Enzo Amore and Big Cass, who appeared at the ROH G1 Supercard show at MSG on Saturday, released a video promoting a new t-shirt for sale.

They are apparently calling themselves “FreeAgentZ,” pronounced like “free agency.”

They have reportedly not signed an official contract with ROH yet, but the expectation is that they are going to make more appearances.