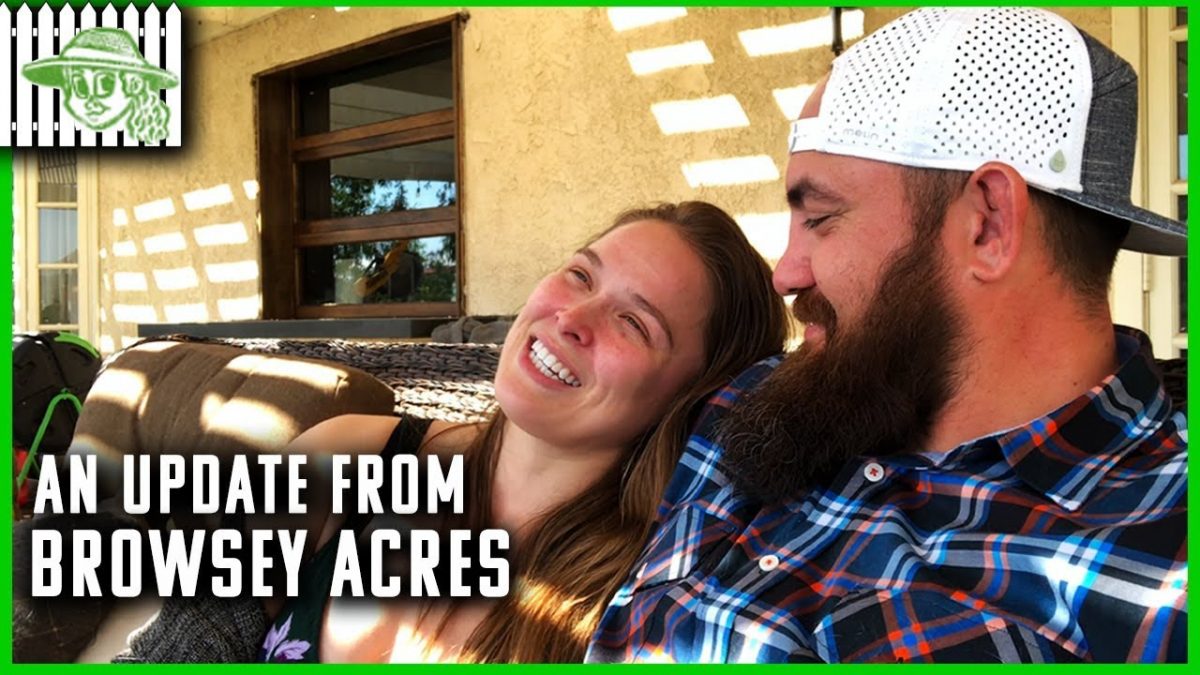 Ronda Rousey posted an update video on her YouTube channel addressing her uncertain WWE future, saying that she doesn’t know if she’ll ever return because she doesn’t know what it’s like to have a baby. “I could look down at this beautiful child and be like ‘fuck everything, I don’t care about anything other than this baby’ and you’ll never see me again,” she said, adding, “I don’t wanna make any promises about the future when I don’t know how I’m gonna feel in the future.”

Rousey is going to be taking at least a long break to have a baby with her husband Travis Browne. She’s still reportedly under contract with WWE until April 10, 2021, but it sounds like the decision about whether or not she’ll be back is up to her.

Here’s Ronda’s pretty honest and informative explanation in her own words:

Ever since I came to WWE, originally, I approached them and I thought I’d only be able to wrestle from WrestleMania until November because we already wanted to start a family. And we came to WWE like, hey, before we have a baby, I just wanna do this for a couple of months because it’s something I always wanted to do. And then it just kinda snowballed into… instead of being a small detour in my life, it became my whole life for an entire year and I completely fell in love with it. As time went on, we were kinda playing it by ear and I loved it so much and I ended up getting the title and then when it became a real possibility that women could be in the main event at WrestleMania, I decided to stick around. So we planned right after WrestleMania, me and my amazing husband here would go off and start trying to start our family.

So as for WWE plans in the future, we wanna have a baby first. I don’t know what it’s like to have a baby. I could look down at this beautiful child and be like ‘fuck everything, I don’t care about anything other than this baby’ and you’ll never see me again. Or I could be like my mom who, she trained while she was eight months pregnant and won the US Open six weeks after giving birth. It was unbelievable. I don’t think I’m gonna aspire to her level. But I’m just saying, you never know. The thing is, I don’t wanna make any promises about the future when I don’t know how I’m gonna feel in the future.

Just thank you everybody for the support. I had the most amazing time this year. I am also looking forward to a little bit of a rest and some mom and daddy time. I’m so ready.

She also talked about the broken hand that she suffered in her match at WrestleMania.

I did break my pinky knuckle. […] I just happened to clip an elbow with my pinky and broke my hand.

I have two pins in my hand. This [cast] comes off in four weeks. And then me and my lovely husband are planning on vacationing all around the world and very much enjoying ourselves until we are with child. [Laughs]

Check out the video below: