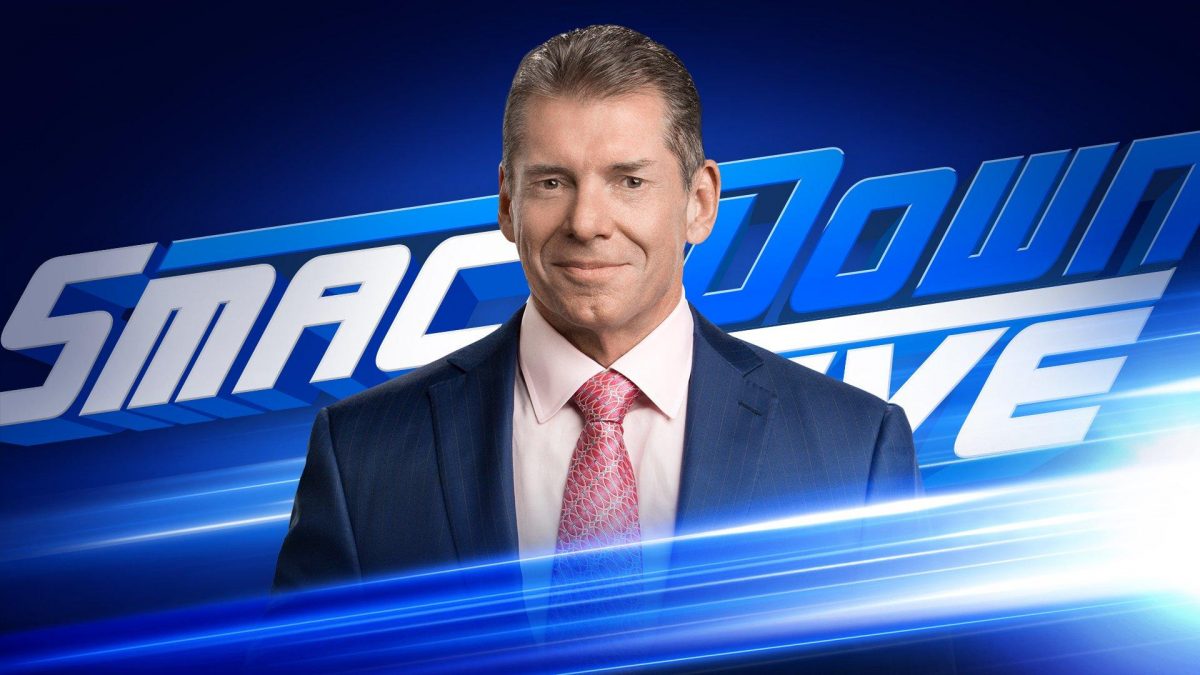 The Montreal crowd erupts for the entrance of Kevin Owens, making his way down to the ring for what is sure to be an explosive episode of “The Kevin Owens Show”. Owens stands in the center of the ring, soaking in the adulation from the crowd. In his native French, he welcomes the crowd to “The Kevin Owens Show” and tells the crowd that he will be a part of next year’s Wrestlemania. He reminds us all that Vince McMahon will be appearing tonight to reveal SmackDown Live’s greatest acquisition ever, but that would not be true because SmackDown’s greatest acquisition was him!

Kevin Owens’ guest tonight: the new WWE Champion, Kofi Kingston! Flanked by Xavier Woods, Kingston makes his way to the ring. Owens takes time to congratulate Kofi on his Wrestlemania win. Owens brings up the absence of Big E. Woods reveals that he was injured in last week’s match and that over 80% of “Up Up Down Down”‘s roster is on Raw now! Owens tells us that originally Woods and Big E were scheduled to face Rusev and Shinsuke Nakamura in a tag team match. With that said, Kevin offers the help of “Big O” and requests to be the new third member of The New Day! After a hip-swiveling test, Kofi asks the crowd if it should happen… and it does! Big O is handed a New Day t-shirt, which fits quite snugly, and bequeathed with a unicorn horn.

Backstage, with Rusev and Nakamura watching the ring via television, Cesaro approaches them with a proposition of a 3-on-3 affair.

Suddenly, INTERCONTINENTAL CHAMPION FINN BALOR makes his way to the ring for his first ever match on his new SmackDown brand!

A few brief exchanges between the two involving rope-running and headlocks lead to Ali sending Balor to the outside with a huracanrana. A kick to Balor’s greets him as he tries to enter the ring through the bottom rope, followed by a suicide dive by Ali.

As we return, Balor has Ali in control sending him corner to corner with running chops. Until his third attempt, where Ali meets him with a kick from the apron and an X-Factor follow-up in the ring. After a failed pin, Balor counters his missed clothesline with a Final Cut. A Sling Blade by Balor is then swiftly met with Superkick by Ali. A count of two is heard, sending Finn to the top turnbuckle for safety. Ali meets him there with a massive Frankensteiner. A cover! Only gets a 2! Ali makes his way to the far-side turnbuckle, 450 incoming! Balor rolls away, Ali lands on his feet! Balor with a dropkick sending Ali to the opposite corner! Coup de Grace! 1… 2.. 3…

With a show of respect, Balor helps Ali out of the corner, nodding in approval of his competition.

A boot to Carmella’s abdomen sends her to the mat and Charlotte to gloat to the Canadian crowd. Charlotte misses with a big boot, Carmella takes advantage with kicks to Charlotte’s stomach and face! A count of two. Charlotte rolls to the outside, Carmella meets her to exchange in front of the Women’s Battle Royal trophy Carmella won at Wrestlemania. After momentarily stunning Charlotte, Carmella meets her with a cross-body from the barricade!

Back in the ring, a count of two! Charlotte brings Carmella up for some chops but misses the third, allowing Carmella to send her face first into the middle turnbuckle. Carmella follows with some kicks, a moonwalk, and a Bronco Buster. Back body dropped to the apron, Carmella lands on her feet only to be met wit ha big boot by Charlotte to the floor.

Carmella tries to get back in the ring to meet Charlotte, but doesn’t do so without Charlotte kicking her leg out from under her. Charlotte drags her in, locks in the Figure Eight, Carmella has no choice but to tap.

After the match, screams erupt throughout the arena, heralding the entrance of a lumbering Lars Sullivan to the ring. R-Truth tends to Carmella in the corner while talking back to Sullivan. R-Truth tries to send him down with a corkscrew forearm… no effect! R-Truth tries it again… caught… Freak Accident! Sullivan slowly walks towards a cowering Carmella, who slips under the ropes and out of harm’s way. As an exclamation point, Sullivan brings R-Truth to the opposite corner for a ferocious running powerbomb.

Becky Lynch’s music hits as we return from commercials. She shows off her hardware in the ring followed by a video montage of how Lynch got both Raw and SmackDown Women’s Championships at Wrtestlemania. The crowd goes into a chant of “Becky Two-Belts”. What are Becky Lynch’s jobs? Number one, to beat Lacey Evans on Monday. Number two, to beat any and everyone on SmackDown. With that being said…

EMBER MOON makes her way to the ring to make a name for herself. But then…

BAYLEY then walks down the aisle, announcing that she is on SmackDown now as well! And just as Sasha and her had their eyes on two belts, as a singles competitor she has her eyes set on two new belts.

Until Paige walks onto the stage to introduce a new tag team that she will be representing on SmackDown!

But before she can, she is interrupted by Mandy Rose and Sonya DeVille, throwing the kibosh on an “Absolution” reunion.

Paige agrees… this isn’t. She introduces first Asuka and her tag-team partner, KAIRI SANE. Paige says if want to make an impression, you need to make an impact and sics Asuka and Sane after everyone in the ring.

Exchanges and quick tags galore from the aforementioned team in the beginning of the match, singling out Bayley. Bayley finds a tag, bringing Asuka in against DeVille. DeVille drags her to the opposing corner, bringing in Rose. Asuka with feint kicks on Rose, tags in Sane. An insane quick strike segment between the two on Rose ensues. A break-up of a pin attempt by DeVille brings Bayley out and sends her to the outside along with Rose. A cross-body through the ropes takes out Rose & Deville. Ember Moon stalks along the ring apron as she sees Kay and Royce tend to their fallen. Another suicide dive leads us into a commercial break…

We are greeted back to the action as Rose and DeVille execute a vicious double-team attack on Bayley. Sent into the opposing corner, Bayley is assaulted by Royce after a tag. Bayley valiantly makes her way out of the corner to try for an Ember Moon tag, Royce forearms her off, but that doesn’t keep Bayley from tagging in Asuka instead! Asuka unleashes on Royce… release German suplex, shining wizard! Pinfall is broken up by a Mandy Rose knee. Ember Rose with the cross body… DeVille with a spear… Bayley with a Bailey-to-Belly… Eat De-Feet by Kay… Spinning Backfist by Sane… slap to Sane’s face by Royce!

Royce sends Sane over the top to the apron. Asuka backfists Royce, follows with an inverted DDT… only to be finished by the InSane Elbow! 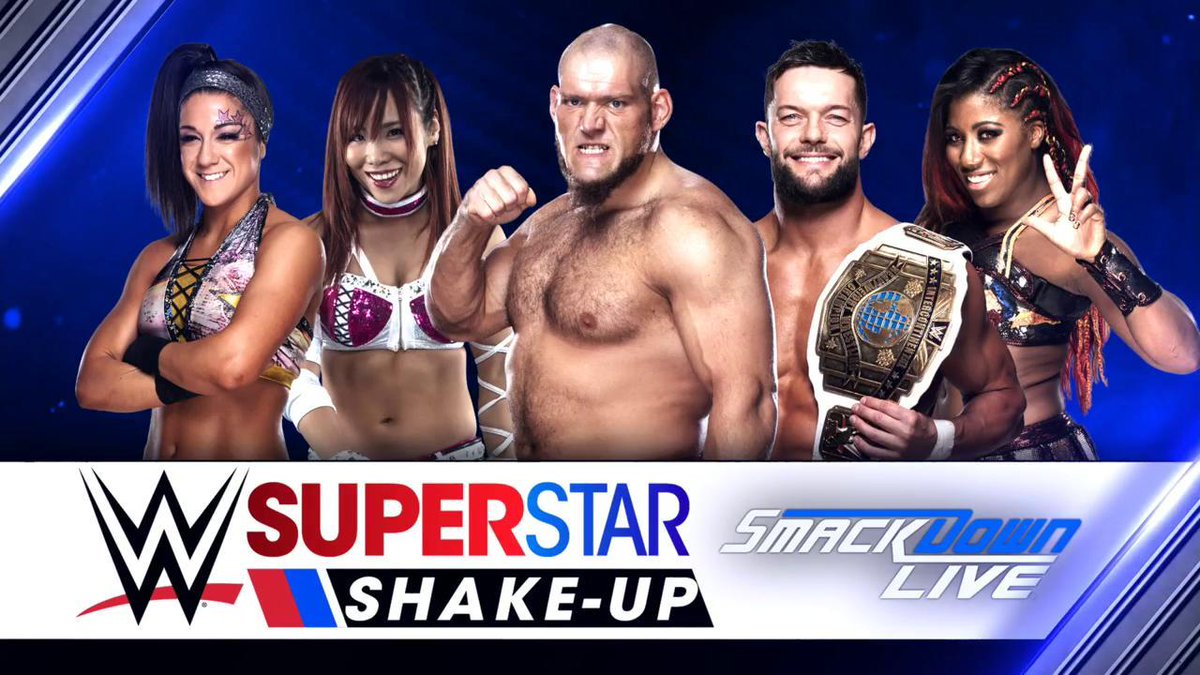 The Hardy Boyz remind us that they’re Smackdown Tag Team Champions with a short vignette.

We are introduced to BUDDY MURPHY by… himself… as he tells us the best kept secret is coming to Smackdown Live!

Rusev and Woods start in the ring in this 6-Man Tag main event. Rusev sends Woods into the corner with heavy shoulders into the stomach. Sent to the opposite corner, Woods gets the boots up and hits the Honor Roll on Rusev. Tags in Kofi for a quick double-team, a failed pin, and Rusev tags in Nakamura. Nakamura with Sweet Vibrations on Kofi in the corner is followed by a leap stomp out of it. Nakamura sent into his opponents’ corner leads into a Unicorn Stomp by all 3, including Owens! Woods sends Owens into Nakamura with a cannonball and a count of 2! Nakamura battles out of an exchange with Woods and tags in Cesaro. Woods ends up on the outside after being dumped by Cesaro. Nakamura tags himself in but remains on the outside. Rusev sends Woods to Nakamura, who plants him with a Stun Gun over the barricade…

Woods tries to battle out of the opponents’ corner. Nakamura tags in Rusev and Nakamura leaves the ring with a nasty sliding German suplex on Woods who was draped on the middle ropes. Rusev striking Woods, drapes him over the middle rope again, only for Lana to get her licks in with a slap to the face. Nakamura is tagged in, who lays Woods over the far corner turnbuckle face-down. Nakamura misses the running knee, Woods ascends to the top rope. A Super-plex? No! Woods battles out, Missile Dropkick on Nakamura! In comes Kofi!

Kofi takes down a newly-tagged Cesaro again and again! SOS! A count of 2! Kofi is then caught in the Cesaro Swing for a good 8 seconds, followed by a Sharpshooter. Owens barges into the ring and kicks Cesaro off… Nakamura with a single-leg dropkick… Woods with a step-through DDT… Rusev sends Woods out and is legally tagged in. Kofi then tags in Owens!

Owens sends Rusev outside! Kofi flies on top of everyone on the floor wit h the Owens assist! Rusev eats kicks from Woods and Kofi iin the ring… a Stunner from Owens! 1.. 2… 3! 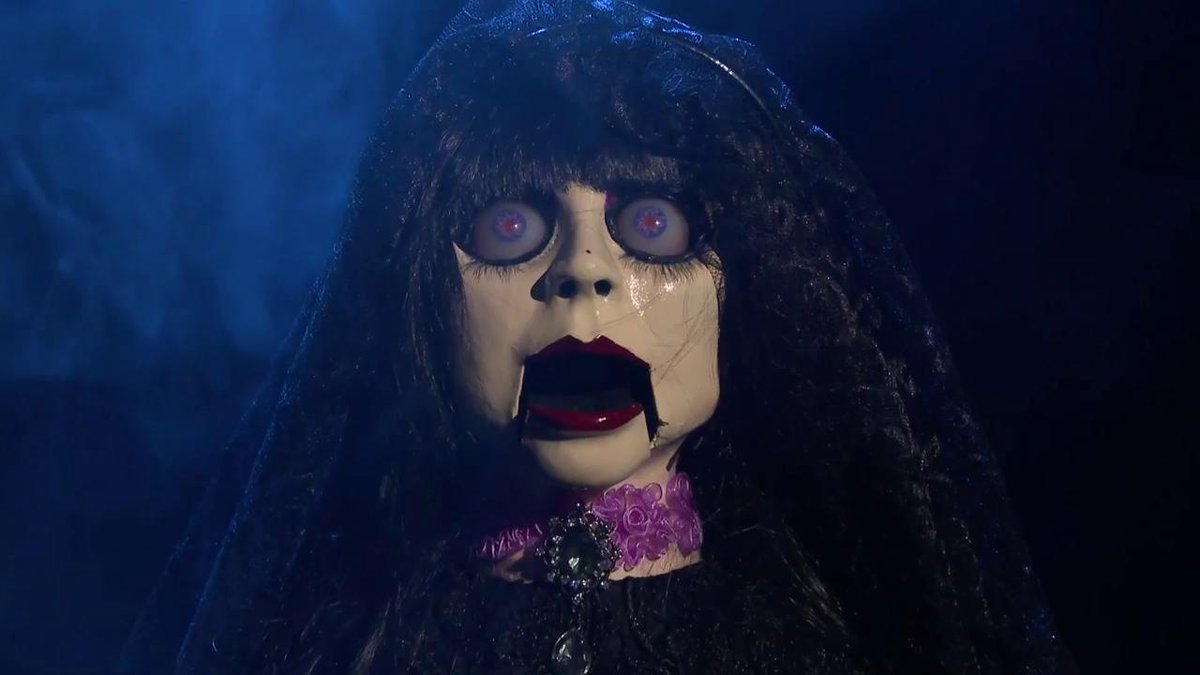 And out comes the boss, Vince McMahon! This man is not only the future of SmackDown, but also the future of WWE. He’s tough, he’s talented, he’s exudes charisma! Ladies and gentleman…

ELIAS!!! As Elias attempts to serenade the vocal Montreal crowd…

ROMAN REIGNS makes his way to the ring!!!

“I don’t care what he says… SmackDown Live is my yard now!” Reigns walks up the ramp, looks back to see Elias making his way to his feet. A slide back into the ring is followed by an emphatic Spear on Elias. And that will do it for this week’s SmackDown Live!