Cody Destroys a “Triple H Throne” at Double or Nothing (Video) 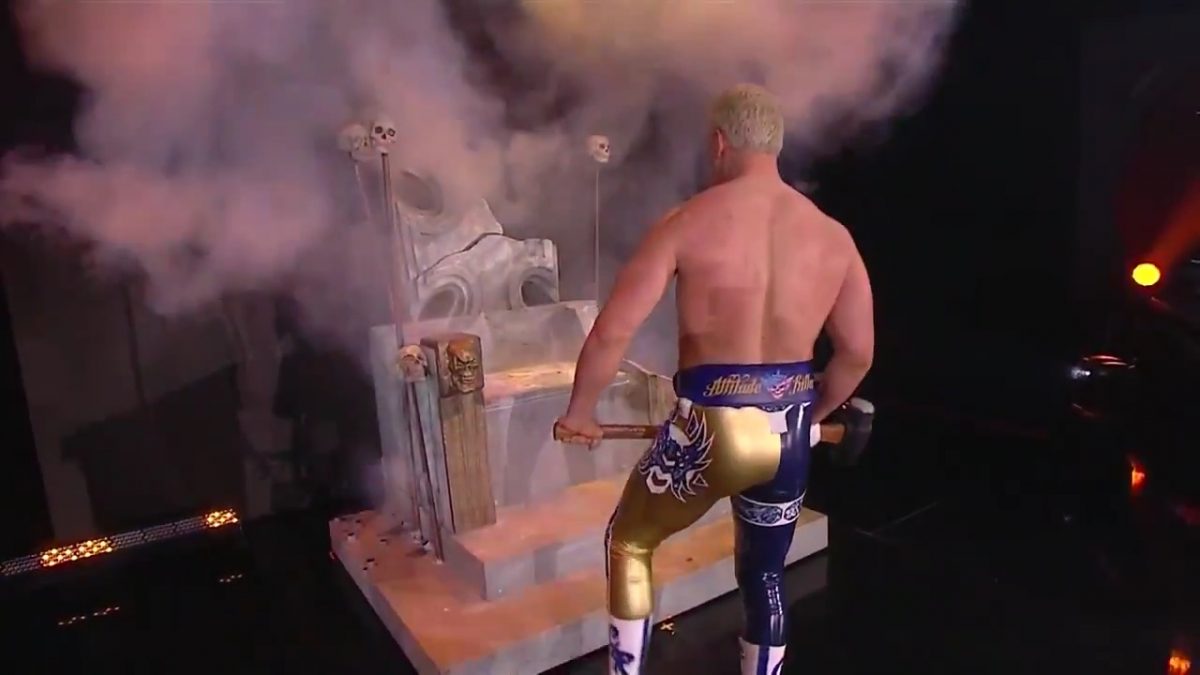 In a segment that people will either like or think was kinda unnecessary and out of place, Cody Rhodes took a sledgehammer to a Triple H throne during his entrance at Double or Nothing.

As Cody entered for his match against Dustin Rhodes, there was a throne set up in the entranceway with skulls and Triple H’s “logo” on it. Cody walked to the ring, then Brandi Rhodes grabbed a sledgehammer and handed it to him. He then walked back down the ramp and smashed the throne with the sledgehammer…

WWE and AEW have taken little shots at each other, but this is maybe the biggest and most obvious from AEW in what has otherwise been a relatively cordial rivalry so far. It does come after Triple H called AEW a “piss ant company” at the WWE Hall of Fame ceremony last month. During DX’s speech, Billy Gunn (who works in AEW as a coach) joked that Vince McMahon can’t fire him and Triple H said, “Billy, let’s be honest. He will buy that piss ant company just to fire you again.”