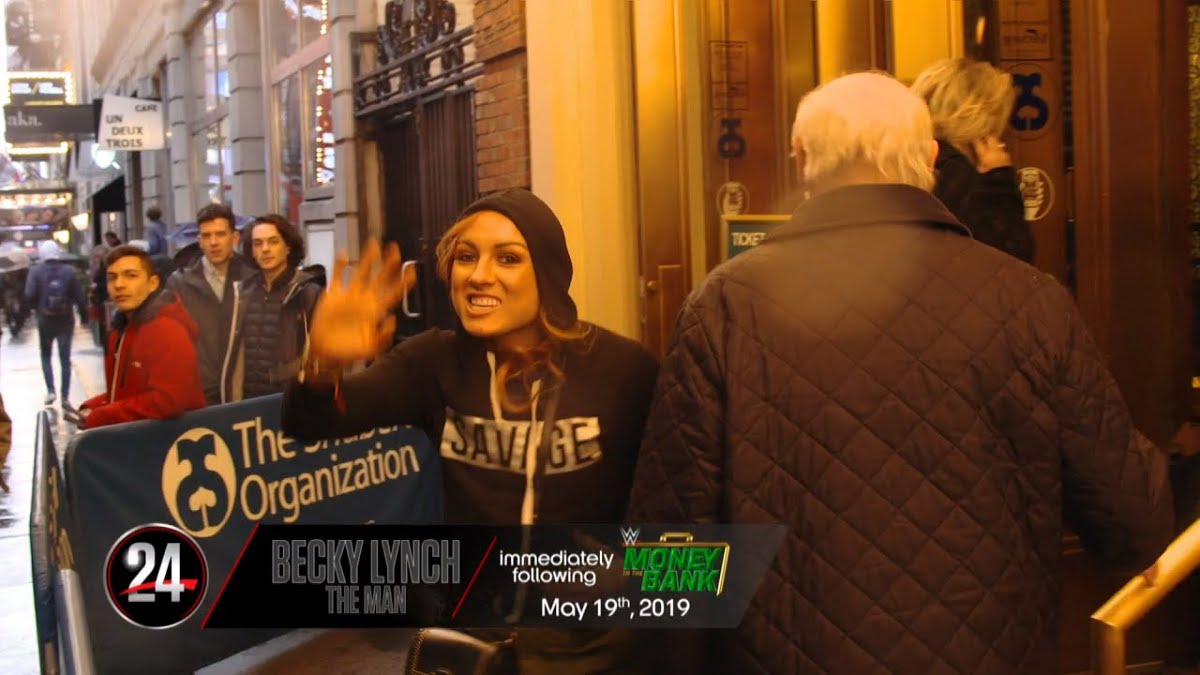 WWE announced that the next episode in their WWE 24 documentary series will be focusing on Becky Lynch. This episode is titled WWE 24: The Man and has a run time of one hour. It will air on the WWE Network following the end of this Sunday’s Money in the Bank pay-per-view event.

A trailer for the new episode was recently released by WWE:

The real story of the real woman behind #TheMan.

WWE reportedly will be releasing more classic episodes of WCW Thunder to their WWE Network’s Vault section this Monday, according to WWENetworkNews.com.

WWE reportedly is also releasing a new episode in their WWE Untold documentary series focusing on WCW’s attempted relaunch of the company in 2001, according to WWENetworkNews.com.

It was reported that this 30-minute episode will focus on Eric Bischoff’s attempted plans to gain control of WCW and relaunch the company in mid-2001. Bischoff originally planned to hold a pay-per-view event called Big Bang to relaunch WCW in May 2001 but due to a number of circumstances, those plans fell apart and the event was never held.

Eric Bischoff, Booker T and more tell the true story of how WCW almost relaunched with a ‘big bang’ in 2001.

WWE Network will be airing a new special based on WWE’s Performance Center later this month, according to the Wrestling Observer.

This special is titled WWE PC Combine, has a run time of eight hours, and airs on May 26th starting at 12PM EST. This special will feature various NXT brand talent participating in a series of competitive events.

“NXT Superstars put their strength, speed and athleticism to the test in a battery of competitive events.”