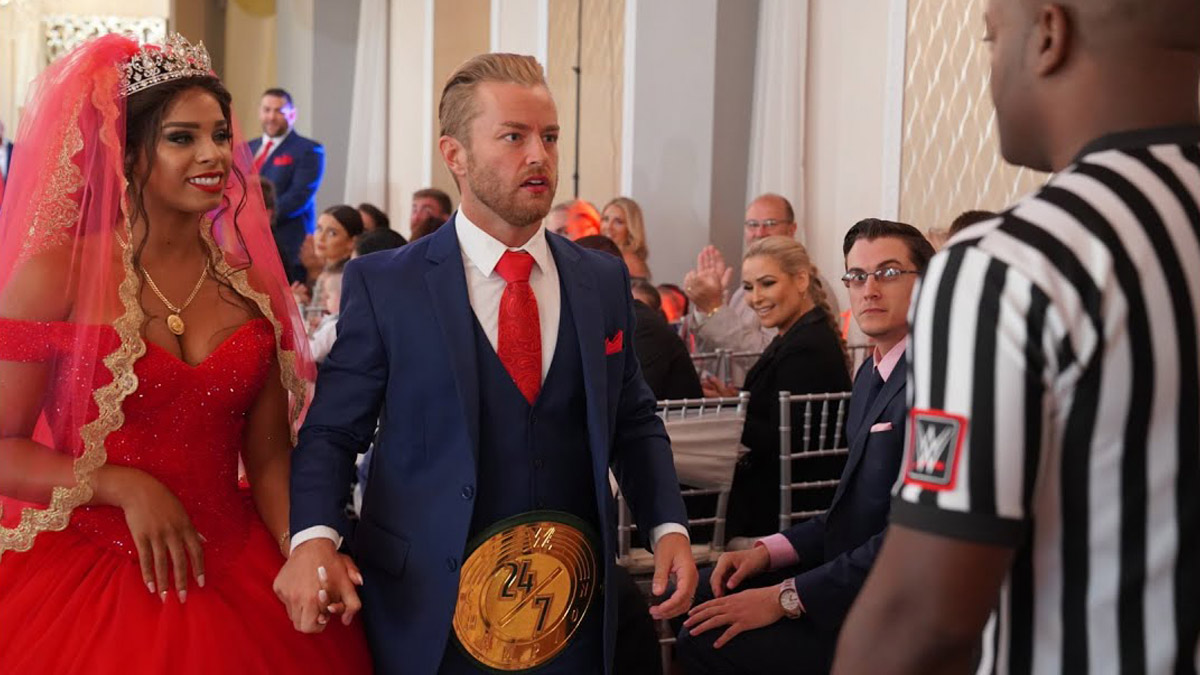 R-Truth is the new 24/7 Champion, winning the title from Drake Maverick after crashing Maverick’s wedding yesterday.

Seconds after Maverick and bride Renee Michelle kissed and walked back down the aisle, Maverick was filled with terror as he suddenly spotted a referee. R-Truth then rolled him up out of nowhere to win the title, then ran off as Maverick chased him, apologizing to his new wife.

I can’t believe he allowed this to affect our wedding day! He is obsessed. The hell with this 24/7 thing!

I WANT A DIVORCE! https://t.co/bdoAaANX1G

Notes from the Wedding

The scene at the wedding was shot after the actual wedding had already taken place, according to PWInsider. NXT writer Joseph Belcastro stepped in to play the role of the priest.

EC3, Braun Strowman and Jeremy Borash were legitimately groomsmen in the wedding, with EC3 as the best man.

The idea for the title change at the wedding was actually pitched by Maverick himself and WWE loved it, according to PWInsider.

There was additional footage shot after the title change, but it may or may not be used.