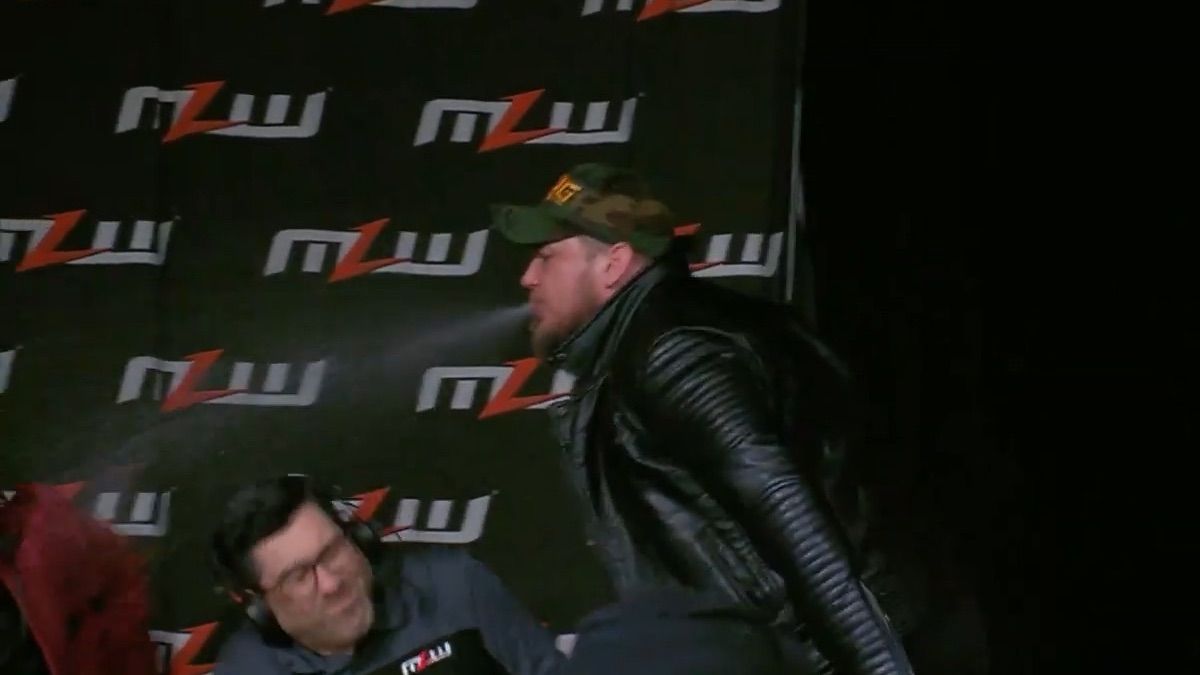 Callihan lost a “Loser Leaves MLW” match to Mance Warner on this week’s episode of MLW Fusion and is legitimately now done with the company, according to PWInsider.

The original plan was for Callihan to return under a mask this summer, but “that won’t be happening now,” according to MLW founder and CEO Court Bauer, who claimed that Callihan caused damage to the building, the Waukesha County Expo Center in Wisconsin, so MLW is apparently cutting its ties with him.

False. We had promoted this match for several weeks as a loser leaves MLW match. @TheSamiCallihan was to return later this summer under a mask as he couldn’t make our July 6 show. That won’t be happening now because he caused $2700 in damages to the building, which he is aware of https://t.co/Luqr8ZZoTu

Two $15,000 bleachers were severely damaged as well as other property owned by the building. That makes it very, very difficult to return to the venue which is disappointing as I enjoyed working with Sami. He was an agent and worked hard. Fans would’ve enjoyed the next chapter. https://t.co/Luqr8ZZoTu

Callihan and Warner wrestled much of the match throughout the arena, and earlier in the show, Callihan kicked what looked like a garage door in the building during a backstage segment, but didn’t appear to do any visible damage. You can watch the match/episode below.

On his way to the ring for the match, Callihan took a drink of water and spit it at color commentator Jim Cornette, who was sitting at the announce table near the entrance ramp.

Some have speculated that this is the actual reason why Callihan is no longer with the company, but Court Bauer is denying it.

I spit in @TheJimCornette’s face tonight @MLW, and he did NOTHING.

Then went out and had a “Garbage” wrestling match of the year with @ManceWarner.

Enjoy obscurity, chubby. You couldn't hang with the pros even though you had a shot, now you're back to the mud show circuit you belong in.

Cornette and Callihan have had a “rivalry” for the past couple of years, which has essentially just been Cornette constantly shit-talking Callihan and calling him a “garbage” wrestler, etc.

MLW isn’t glossy, it’s grimy. MLW isn’t an art from, it’s a sport. MLW isn’t that front runner vibe… it’s the underground low fi vibe. MLW ain’t for everybody… but it most definitely is 1000% for the renegades.