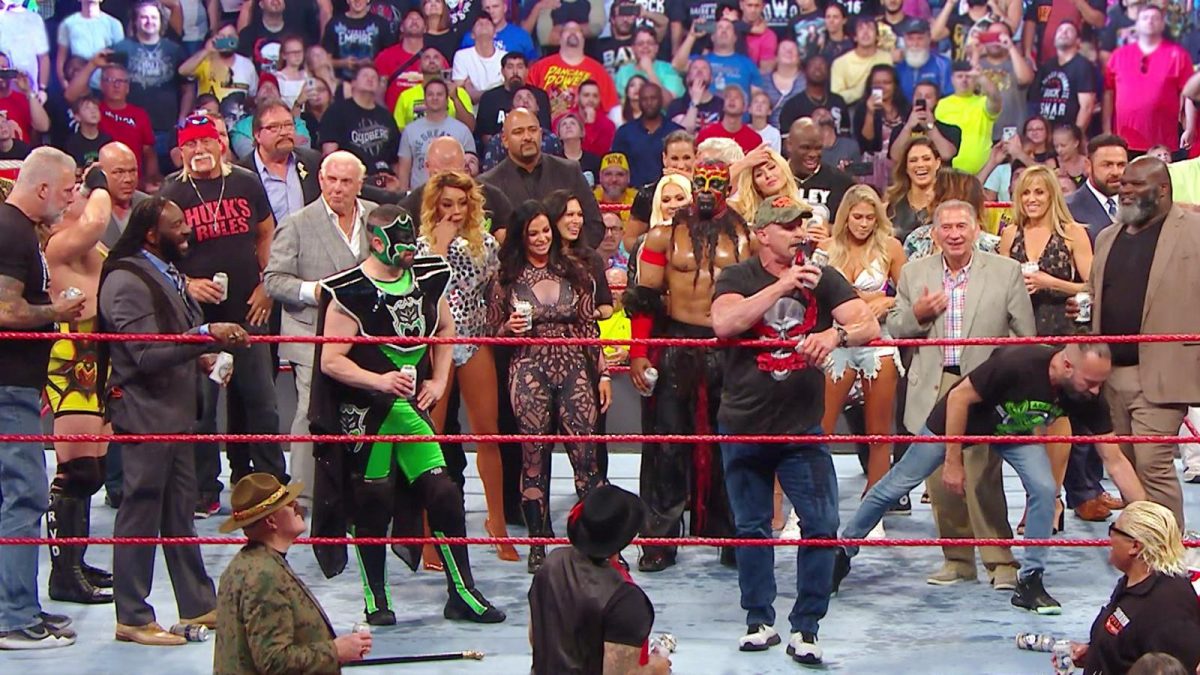 “Sycho” Sid was originally advertised for Raw Reunion, but he pulled out a few days ago, according to Dave Meltzer on Wrestling Observer Radio.

Scott Hall was asked to not get in the ring during the beer-drinking celebration at the end of Raw Reunion, according to PWInsider, likely due to his history with alcohol.

Nikki Bella said that she and Brie weren’t able to be at Raw Reunion because Nikki was supposed to be in New Zealand.

Happy RAW Reunion 👯‍♀️ So bummed @thebriebella and I couldn’t make it Bella Army! I was suppose to be in New Zealand (blog coming soon to our YT channel why I’m not there now) but so excited for the WWE Superstars and viewers tonight for such a fun show! Melina better wrestle!!! 🥰 I have had incredible memories on Monday Night RAW for well over a decade! I wish there was more than 10 slots for photos! I may post another 10! Lol and still wish there were more slots! My incredible memories are endless! Still praying that one day I can make it back, I believe in miracles 😊🙏🏼 And plus nothing would be better than showing The IIconics Who Runs It, And Who Rules It! Bella Army 4 Life! Double Trouble 4 Life! Bellas 4 Life! Haters Gonna Hate, Bellas Gonna Ball! Always! #bellaarmy #bellas #fearlessnikki #briemode #raw #rawreunion

JoJo and Bray Wyatt brought their two month old baby backstage at Raw Reunion to meet the WWE crew, according to PWInsider.