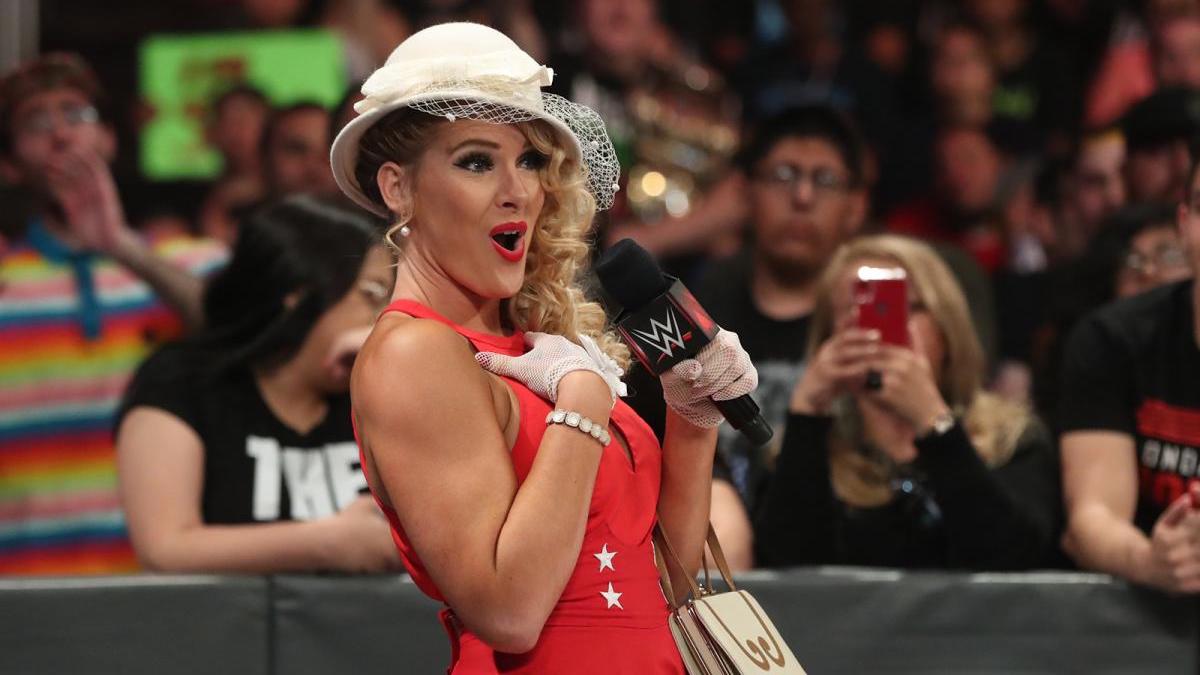 Lacey Evans and Alundra Blayze went at it on Twitter after Raw Reunion.

You’ll be lucky to be considered a legend… 🤔 you failed in the military. you live in a portable trailer, drag your kid and husband around. Ur hubby looked at me… gave me a complement and said “honey maybe you could be more like Alundra … your yesterday regurgitated garbage https://t.co/DobPScmSvK

Shootin the real shots? I musta got under your wrinkly skin. Bless her heart. Im typing this 8yrs honorably discharged from serving our country while in said trailer, over looking lots of land and $$ in the bank. As far as my family goes hubby gets it every night & baby is happy. https://t.co/9SWldMVZja

She wouldn't be able to handle it. Just like she couldn't handle holding the 24/7 title. 💅👒 #RAW https://t.co/VBWjAzBDmB

WTH you talking? @MDMTedDiBiase Never pinned me for the title he handed me over some cash and I gave them the title. Men get distracted easy by shiny new things like your husband did when I walked by.
when you’re done acting your shoe size rather than your age contact me. https://t.co/mYNGeXiE7y

Too bad there’s nothing to set that pretty little hat on but a hot air ballon… 😳😂 and those are fake ass pearls geez 🙄 Be careful I know who your seamstress is… you may find a bottle of NAIR sprayed in the top of the next bale of hay hat you wear! https://t.co/oQtPHY4nBG

1. My seamstress @sgovintage 💅
2. Ive trained 5 years military police (swat) while you were busy flipping and flopping in a ring trying to be somebody. Trust me when i tell you…Your drop kicks and promos will only get you so far when threatening me. #BlessHerHeart https://t.co/9nTes03fIG

I never watched wrestling, dont care what you've accomplished, barely know who you are… but I've got 2 words for you. @Madusa_rocks#FailedMilitaryMyA$$ #LikeALady pic.twitter.com/emVCVMGF6a

When their comebacks have nothing else relevant to say… The weak collapse and start making disgusting extracurricular sexual remarks. Definitely acting your shoe size now. I know you’re talented, strong and beautiful but don’t ever cave in and revert to Dirt like this. #nasties https://t.co/GujCbo6ZNV

I love pissing of "legends". Especially hall of famers I didnt know existed until I got signed.

There will be an “unsanctioned match” between Drake Maverick and Mike Kanellis on 205 Live next week.

If Kanellis wins, he’ll get a Cruiserweight title shot against Drew Gulak.

The match was set up on last week’s episode when Kanellis insulted Maverick and his wife.