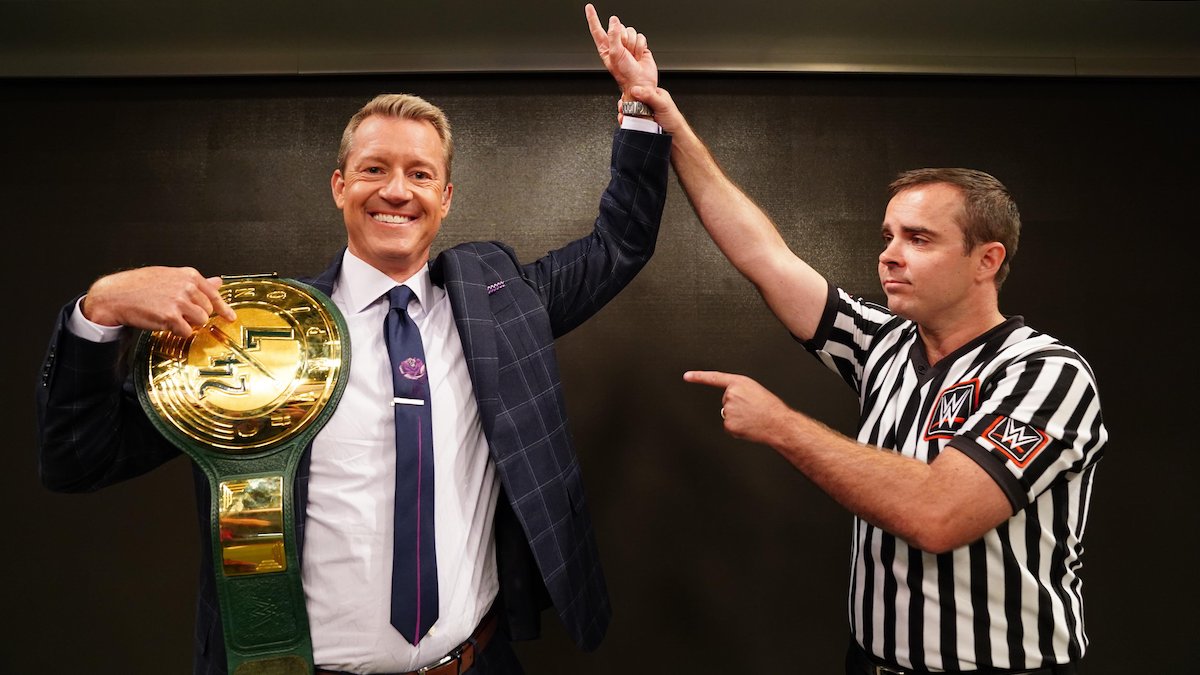 The 24/7 Championship changed hands three times today at FOX Sports’ “Founders Day” event in Los Angeles, which I guess is an event to celebrate the founding of FOX Sports 25 years ago.

Elias was performing at the event when Drake Maverick came up to the stage. Amid the distraction, R-Truth rolled up Elias from behind to win the title, then tossed Drake Maverick into a dunk tank.

R-Truth then ran off to a FOX Sports studio, where he tripped and fell and was then pinned by FOX Sports host Rob Stone. But Stone’s title reign was short-lived as he was rolled up from behind by Elias, who walked off with his title.