AEW Sells Out Weeks 2 and 3 in Under an Hour 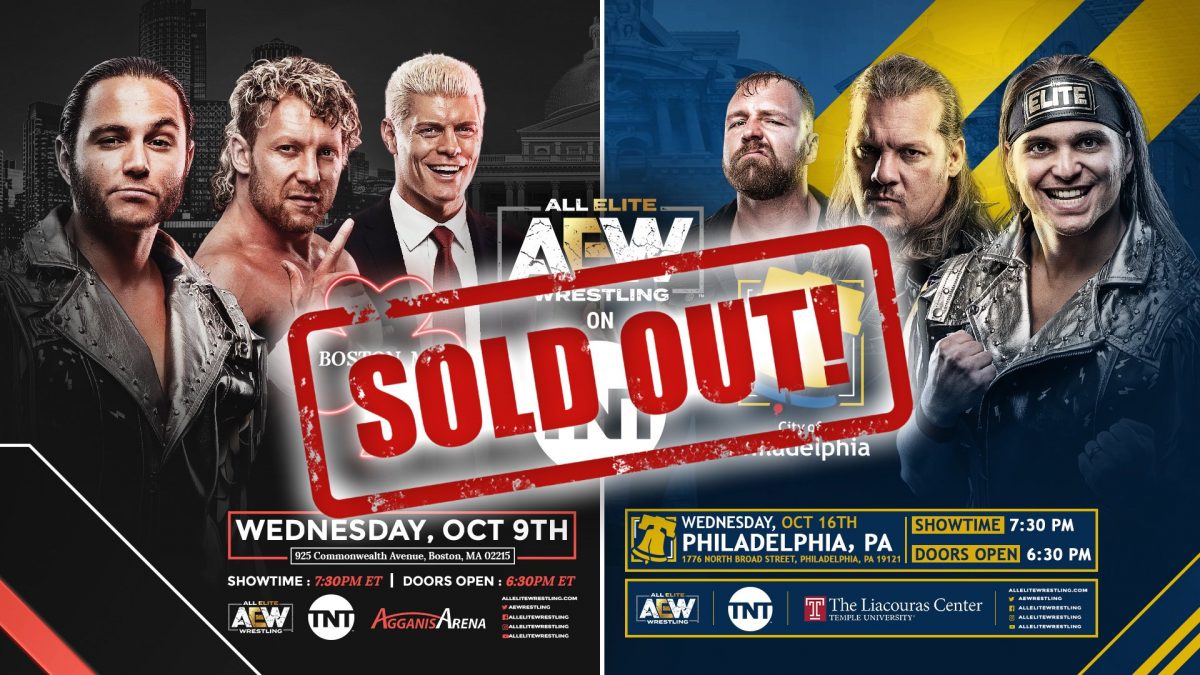 AEW tickets for weeks two and three of their TNT show sold out in under an hour today, with the Philadelphia show selling out in under 30 minutes. Both shows went on sale at noon ET today.

The first week in Washington, DC at the Capital One Arena, which seats about 14,000, also sold out within three hours, despite massive problems with Ticketmaster.