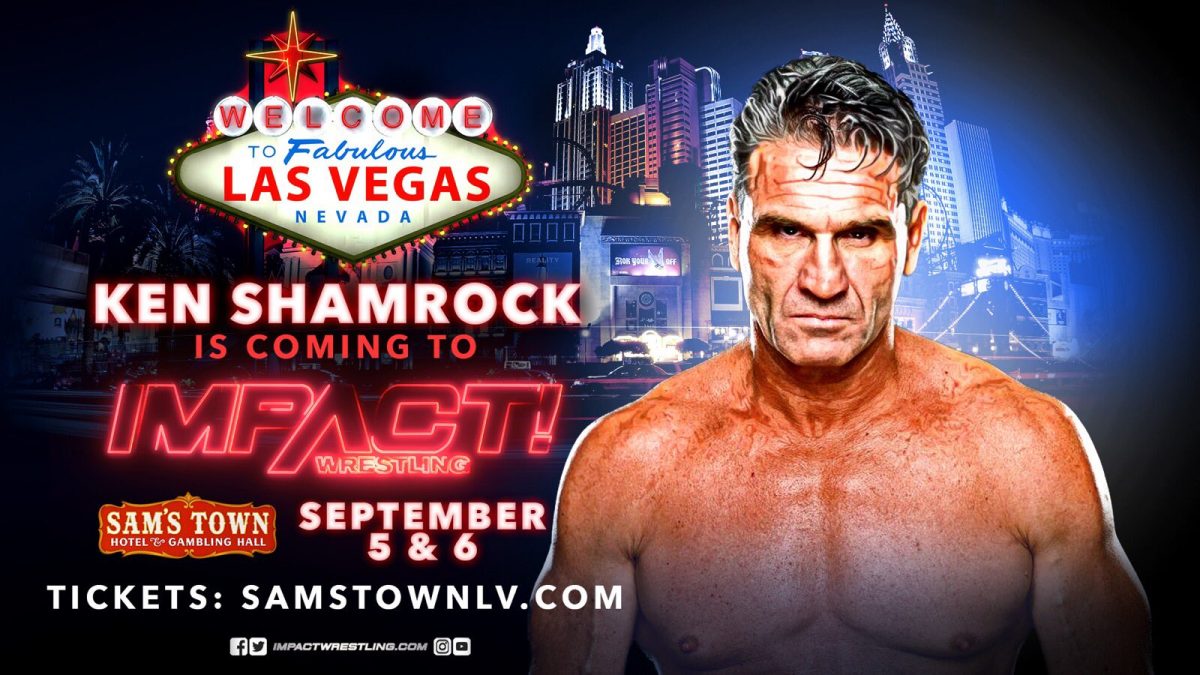 Ken Shamrock will be at Impact Wrestling’s TV tapings in Las Vegas on September 5 and 6.

@TheMooseNation #noballs huh? Well according to your #bosses I’ll see you in Vegas! @IMPACTWRESTLING it’s #moose #hunting season and The Worlds Most Dangerous Man has his next #victim #godfatherofmma #legend #moosekiller #bareknuckles pic.twitter.com/Z2k32NyLgI

It’s not clear if he’ll be wrestling, but he called out Moose in his tweet, so obviously will be doing some sort of angle with him. Shamrock and Moose have been taking shots at each other on Twitter for the past few days.

Shamrock was technically Impact’s first world champion, winning the NWA World Heavyweight Championship in 2002 back when Impact was NWA-TNA and the NWA World title was their top championship. He lost the title after a few weeks to Ron Killings, then left TNA before briefly returning in 2004.

After leaving TNA again, Shamrock has appeared sporadically in indie promotions and has been trying to make a comeback over the past few months, wrestling several matches for Battle Championship Wrestling in Australia, where he’s the current BCW Tag Team Champion along with Carlo Cannon.