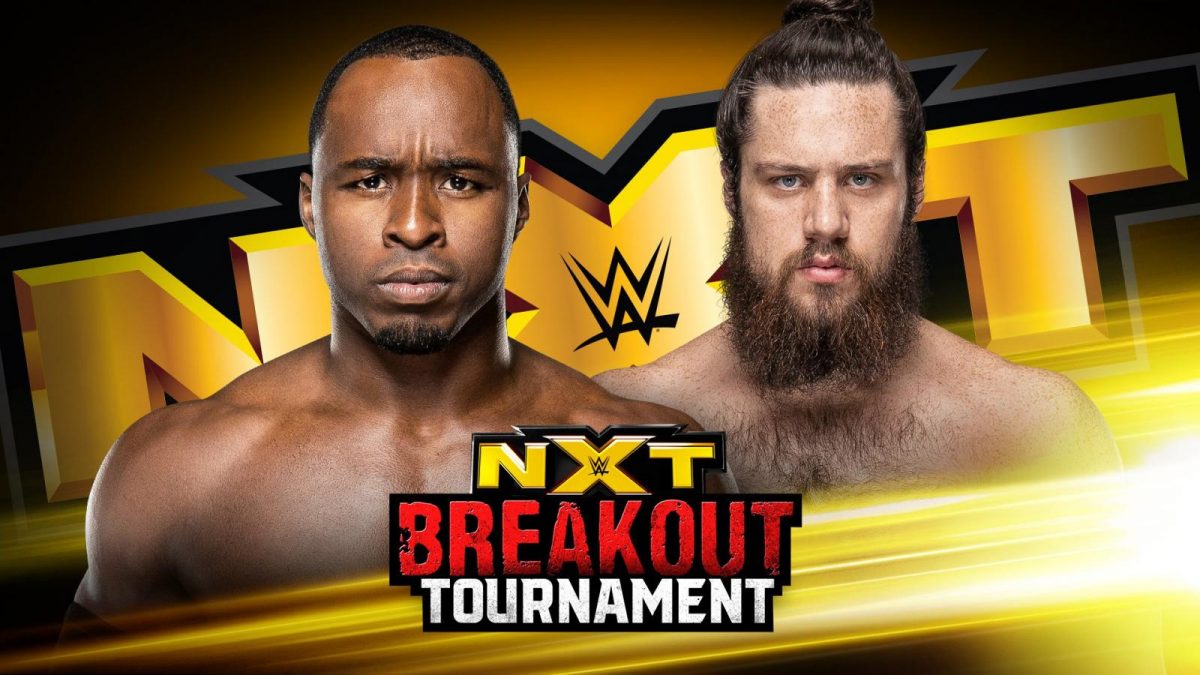 Fandango and Cutler start things off and Cutler with a forearm. Cutler goes for a sunset flip but Fandango stays on his feet and then he shimmies and gets a near fall with a leg drop. Breeze tags in and hits a forearm off the apron. Blake is given a back body drop. Breeze punches Cutler. Blake tags in and Breeze punches him. Ryker hits Breeze from behind while he deals with Fandango. Cutler tags in and they hit a double back breaker for a near fall. Cutler with a suplex and he gets a near fall. Cutler with a rear chin lock and a knee in the back. Blake tags in and they go for another double team move but Breeze escapes. Blake with a kick and Breeze gets out of a power bomb. Ryker pulls Fandango off the apron to prevent the tag and Ryker is sent to the back by the referee. Cutler is back dropped to the floor by Breeze and Fandango tags in. Fandango with chops to Blake. Cutler with a kick but Fandango with a power slam.

We take a look at the North American Championship Match between Velveteen Dream, Roderick Strong, and Pete Dunne.

Pete Dunne was interviewed after the match and he was asked if he thought he had won the match. Pete says he should be standing here with his new title reign. If it wasn’t for Velveteen Dream, he would have the North American Title. Dream did what he had to do to retain the championship. Dunne says he will do what it takes to get that title from Dream.

We are back with a look at the Tag Title Match between The Street Profits and the Undisputed Era.

We go to Bobby Fish and Kyle O’Reilly after the match. Bobby wants to know where is William Regal. Bobby says they were the ones who were going to start this and fulfill the prophecy. Kyle wants to know where in the rule book does it say the wrong man can be pinned. Kyle and Bobby storm away.

They show footage of an apparent tag made by Bobby Fish.

We take a look at Io Shirai and her descent into darkness.

Io says there is no one worthy of standing next to her.

We are back with a look at the NXT Women’s Championship Match between Shayna Baszler and Mia Yim.

Shayna was asked for comments after her match but she walks away. Shayna is asked if anyone else has pushed her the way Mia did and Shayna says ‘And Still’ before walking away.

We take a look at the NXT Men’s Championship Match between Johnny Gargano and Adam Cole.

We are back with a look at Matt Riddle calling out Killian Dain and their brawl around the arena.

Next week Matt Riddle and Killian Dain will meet in the ring.

Myles goes up top and hits a 450 splash for the three count.

After the match, William Regal comes out and he hands Jordan Myles his contract. He’ll now get a title shot against any NXT championship of his choosing.