Chris Jericho Is Reunited With the AEW Championship 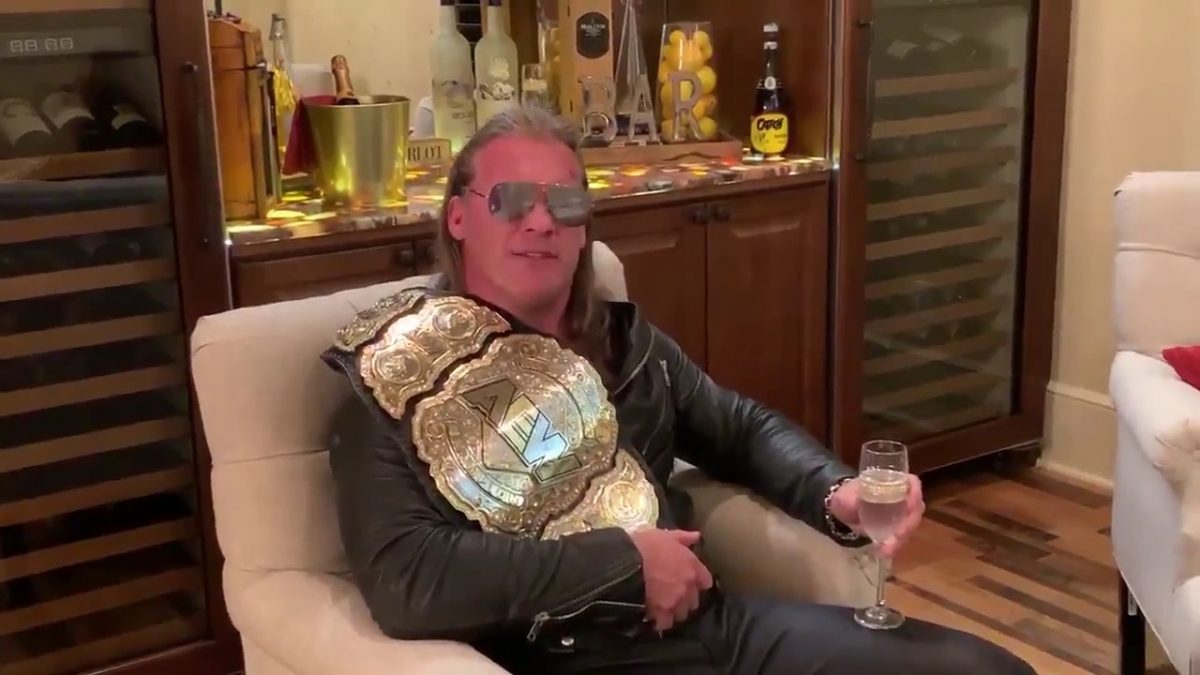 Three days after it was reported stolen, the AEW World Championship belt has been reunited with the champion, Chris Jericho.

According to the Tallahassee police department, the belt was turned in to them by someone who says they found it on the side of a road.

BREAKING NEWS! @AEWrestling champion #ChrisJericho recovers the #AEW title belt HIMSELF, in less than 24 hours!! Awaits much deserved THANK YOU from the entire AEW fan base & roster… #LeChampion #ALittleBitOfTheBubbly pic.twitter.com/6IsuiuCfIv

Hi, I’m AEW Champion Chris Jericho and less than 24 hours after I launched a worldwide investigation to find my missing championship title, it’s been returned to me.

That’s not because of any law enforcement agency that was too busy posting pictures on Twitter and then deleting them and posting them again, or a funny meme or a clever GIF. It’s because of me. It’s because I put the fear of God into the hearts of those who robbed me, who committed grand larceny.

The AEW Championship title is back where it belongs – over the shoulder of the champion. And as I sit in my palatial estate, in my beautiful mansion, drinking a little bit of the bubbly, I once again demand – and rightfully so now more than ever – a thank you from the entire AEW fan base, from the entire AEW roster, backstage, front office, in the ring, all across the board, because I did once again exactly what I told you I was gonna do.

I got this championship back and I am never, ever letting it out of my sight again. I’m never gonna lose it. I’m never gonna be robbed of it. You’re gonna have to pry it out of my cold, dead hands if you want to take this from Chris Jericho ever again. And that’s fine. I’m in no rush as I wait for all of you to bow down on your knees and thank me. It’s good to be le champion.