The Lost AEW Title Has Apparently Been Found (Updated) 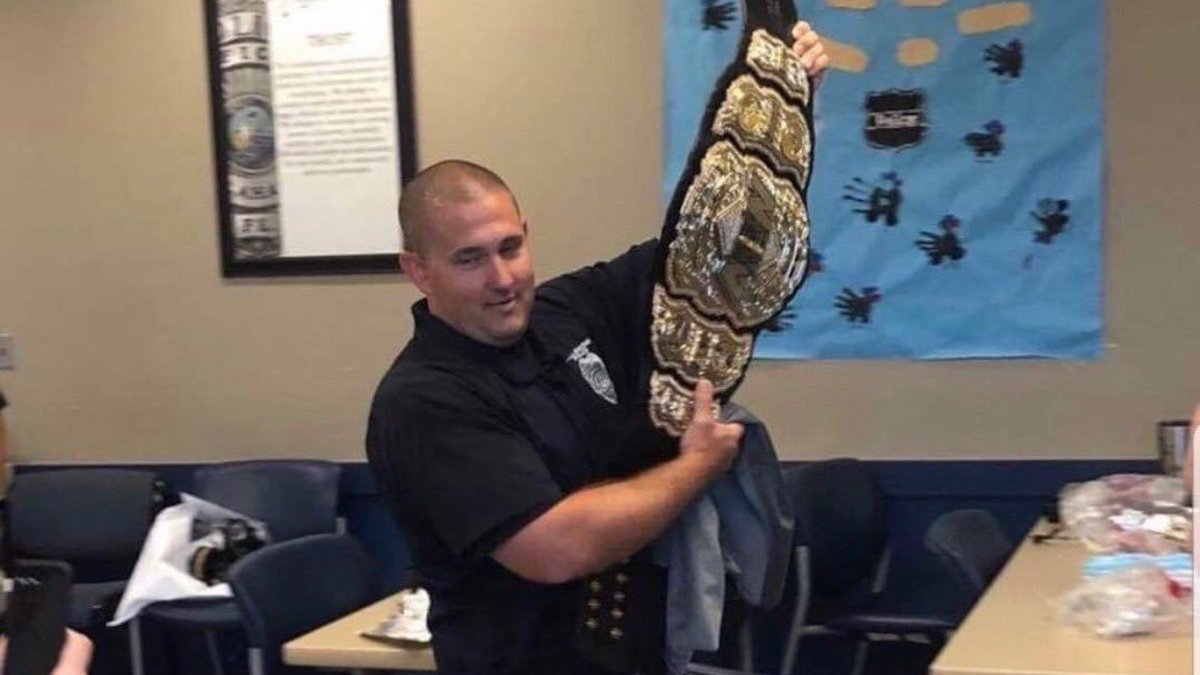 A day after word broke that Chris Jericho’s AEW Championship belt was reported stolen on Sunday, the Tallahassee Police Department posted on Facebook that they found the belt. 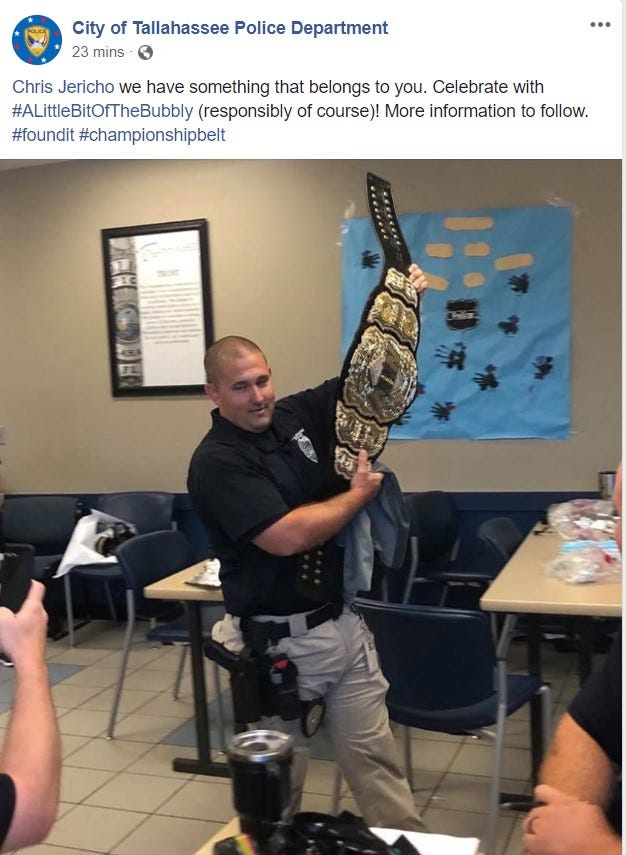 But shortly after, the post was deleted and a police spokesperson told Tallahassee.com that the investigation was still “open and active.” “It’s been posted to social media? It’s still an open and active investigation. The case has not been closed yet,” the spokesman, Officer Damon Miller, said.

No info has been released yet about where the belt was found.

Update: AEW has deleted their social media posts where they say “case solved.” So it looks like the belt is still missing…

Update 2: Tallahassee police say that the belt has in fact been recovered, according to Tallahassee reporter Jeffrey Burlew. It was turned in to police headquarters by a person who says they “found it along the side of the road,” the police said.

No arrests have been made.

Breaking: @TallyPD announces it did in fact recover @IAmJericho's championship belt earlier today. Someone turned it in at headquarters after reporting finding it along the side of the road. The golden belt was valued at nearly $30,000.

No arrests have been made in the theft of @IAmJericho's championship belt, which was recovered today. Investigators with @TallyPD are asking anyone with information to call them at (850) 891-4200 or Crime Stoppers at (850) 574-TIPS. pic.twitter.com/UMZFNmd419