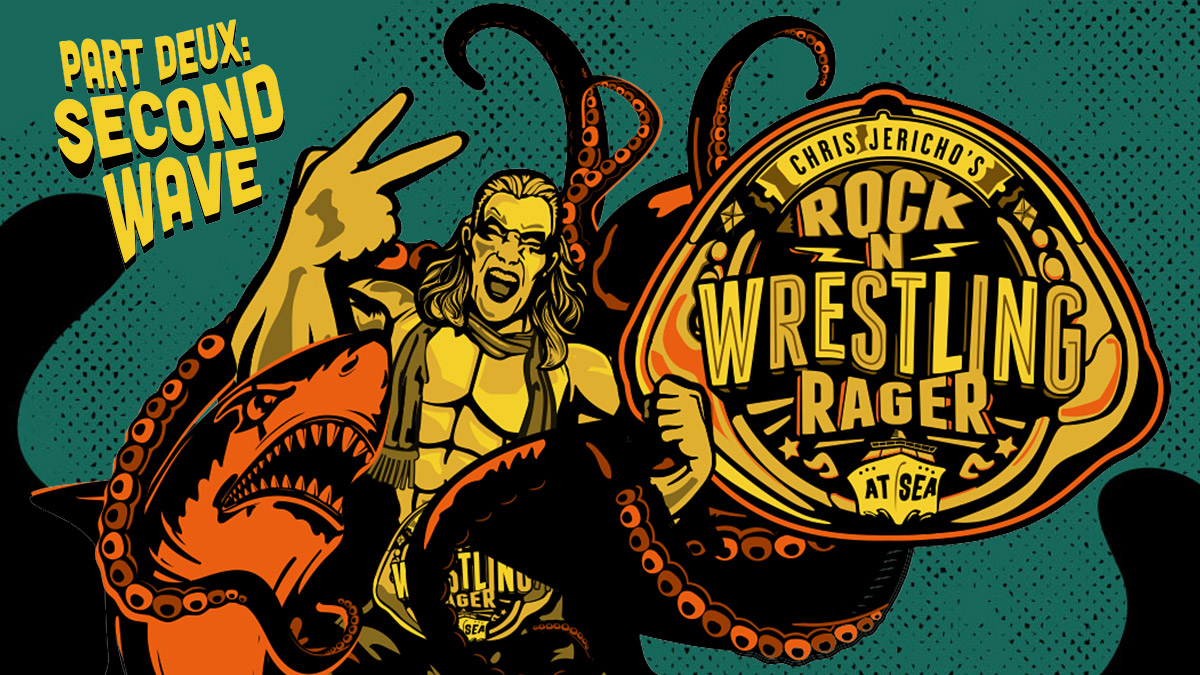 Several AEW wrestlers will be on the cruise and there will be matches shot, along with live podcasts, concerts, etc. January 22 is a Wednesday, so there’s some speculation that some of the matches could be an AEW on TNT episode.

📣Friends of Jericho, the ship is FULL! Were you a stupid idiot who didn't book? Don't worry – you can sign up for our waiting list for your chance to hop on board! pic.twitter.com/yOlEVKK6VP

For more information and to join the waiting visit chrisjerichocruise.com

ATLANTA, GA – Legendary wrestler, rocker and personality Chris Jericho has sold out a second Rock ‘N’ Wrestling Rager at Sea Cruise. Booked guests will be treated to 4 days of non-stop wrestling, music, comedy and more all on the open ocean. Chris Jericho’s Rock ‘N’ Wrestling Rager At Sea, launched in a successful partnership with Sixthman, the industry leaders in festivals at sea, is scheduled to sail from Miami, FL to Nassau, Bahamas on Jan. 20 – Jan. 24, 2020. Interested parties can still potentially set sail by signing up for the waiting list. For more information and to join the waiting list, visit chrisjerichocruise.com or call Sixthman directly at 877-379-9174 between the hours of 10 a.m. ET and 6 p.m. ET. All booked guests will be treated to a special photo opportunity with Chris Jericho and their cabinmates.

The Ship of Jericho has something for everyone, creating one out-of-control vacation experience. Guests will have opportunities to get up close and personal with all onboard talent, enjoy live band performances, live podcast tapings, talent-hosted activities, autograph sessions and the biggest names from AEW (the hottest pro-wrestling company in the Universe) competing in an on-board wrestling ring every single day.

A destination of her own, Norwegian Pearl offers guests Norwegian Cruise Line’s signature freedom and flexibility to enjoy 11 onboard bars and lounges, 15 dining experiences, one outdoor pool, hot tubs and a full menu of spa treatments.