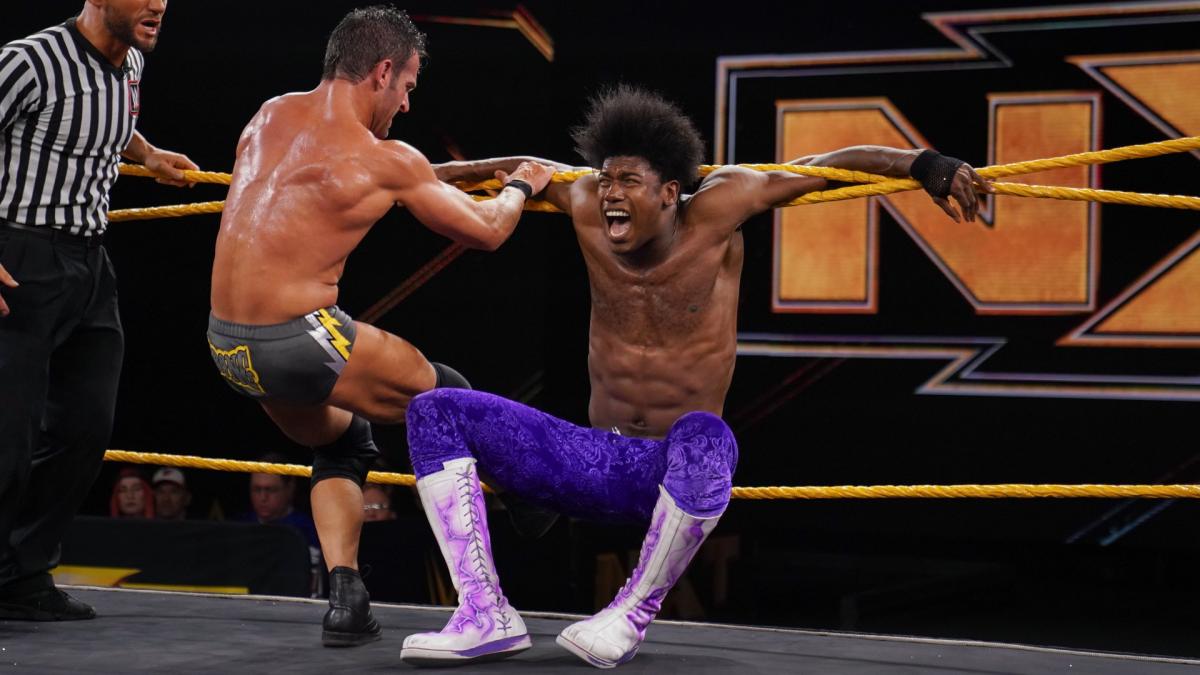 WWE released an “injury report” video claiming that Velveteen Dream, Kona Reeves and Arturo Ruas are all injured and are not “cleared to compete” following Wednesday’s NXT episode.

Velveteen Dream “was seen walking gingerly backstage” and has “lumbar pain” after his match against Roderick Strong, and “won’t be cleared until further evaluation.”

Kona Reeves – In a dark match on Wednesday against Damien Priest, Reeves was hit with a “strike to the cheek that required five stitches. He might have orbital bone damage and will be evaluated once the swelling goes down.”

Arturo Ruas “needed x-rays on his fingers” after his match against Pete Dunne. This is the one that seems most like a storyline injury to me, since Dunne attacked his fingers throughout the match.

Joaquin Wilde also has a legitimate injury, suffering a broken eye socket in July in a “freak accident” while training, according to Pro Wrestling Sheet.

Pro Wrestling Sheet says that doctors held off on surgery to see if the injury would heal on its own, but have now decided that surgery is needed.

After the surgery, he’s expected to be out for “a few more weeks.”