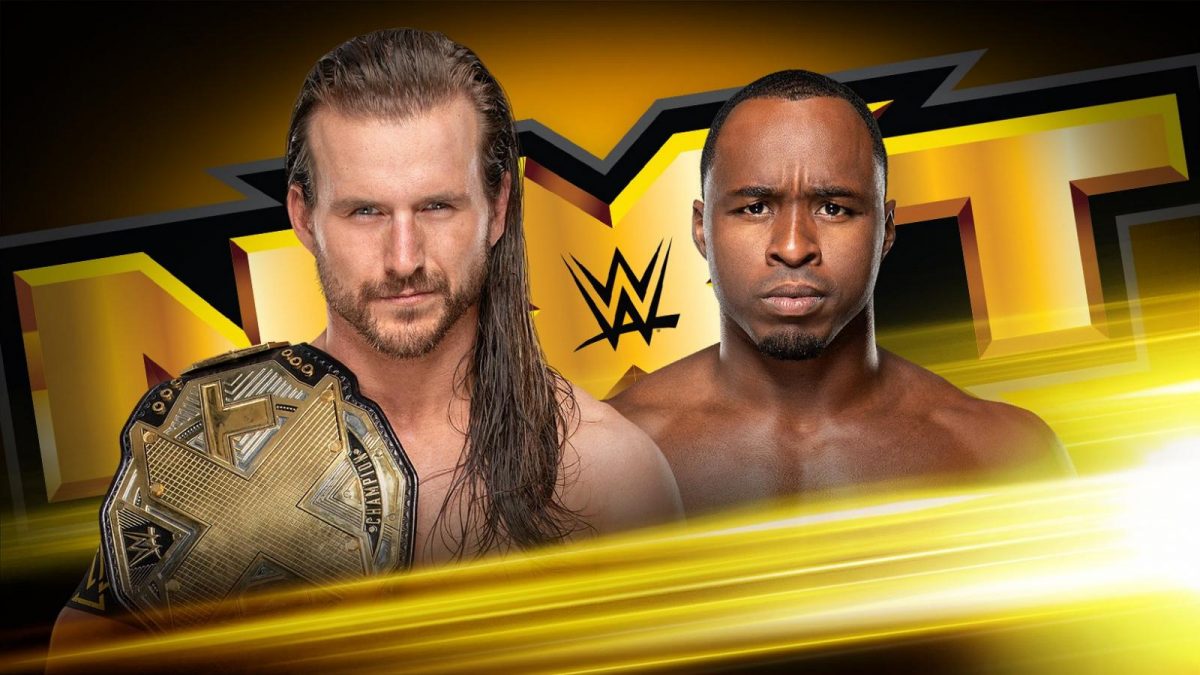 Martel and Fandango start things off and they lock up. Martel with a kick on the break followed by a wrist lock. Parker tags in and he punches Fandango. Parker goes for a sunset flip but Fandango stays on his feet and he gyrates before punching Parker and hitting a leg drop. Breeze tags in and Breeze with a suplex for a near fall. Breeze with a forearm and Irish whip. Breeze with a forearm into the corner and then Breeze relaxes on the turnbuckles. Parker is not happy with Breeze’s actions and Parker misses a splash. Parker with a punch and he tags in Martel.

We see Keith Lee and Jordan Myles arriving at Full Sail. Jordan is asked about his match tonight against Adam Cole. Jordan says he is nervous, but he has the chance to become NXT Champion. Keith tells Jordan to calm down because he has only been here a few months and he will take advantage of this opportunity. 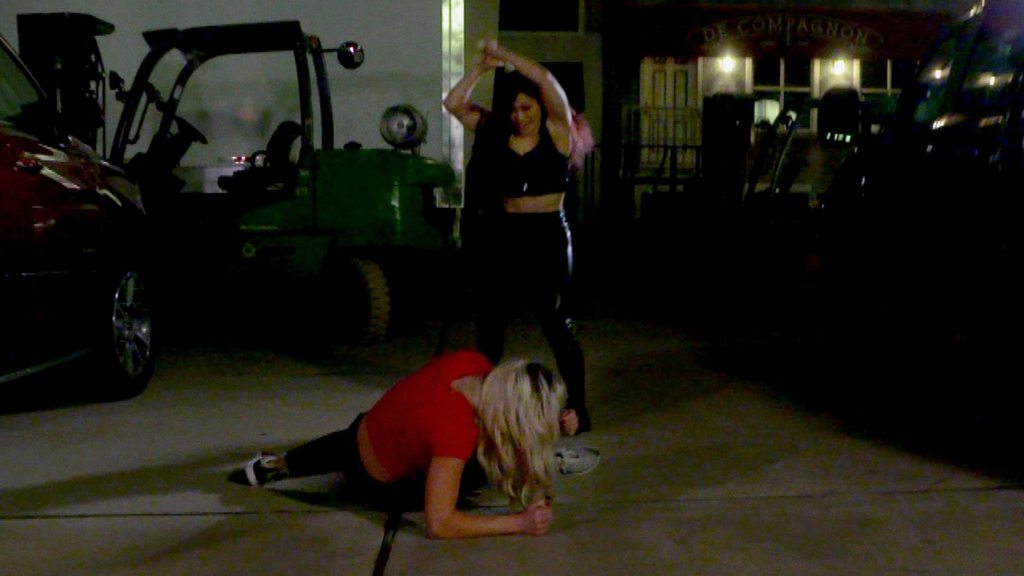 We cut to the back where Io Shirai is attacking Candice LeRae with a kendo stick. Officials pull Shirai away from Candice as another official checks on Candice.

Cameron Grimes is pissed that he did not win the Breakout Tournament. It was all he wanted. He wanted to be projected to the top. He wanted to be a number one contender for any title he desired. He says he is at the bottom. He says he is back at the very bottom. His goal is to get back to the top and to get more than the number one contendership. His goal is to be the champion.

Reeves with a punch to Dream but Dream punches back and they go back and forth. Dream with a kick to the head followed by clotheslines. Reeves with an Irish whip but Dream comes off the turnbuckles with a twisting double sledge. Dream pushes Reeves into the turnbuckles but Reeves sends Dream to the apron. Reeves drops down and uses the ropes when Dream goes for a sunset flip and the referee warns Reeves. Dream with a crescent kick followed by a super kick. Dream with a rolling Death Valley Driver for the three count.

After the match, Roderick Strong appears on the HunterTron and he says that you said the spotlight was on him and he asked if Roderick was ready for a one on one experience with him? You love the bright lights and now you have them. We see Dream’s couch on fire and Roderick asks if he has his attention. 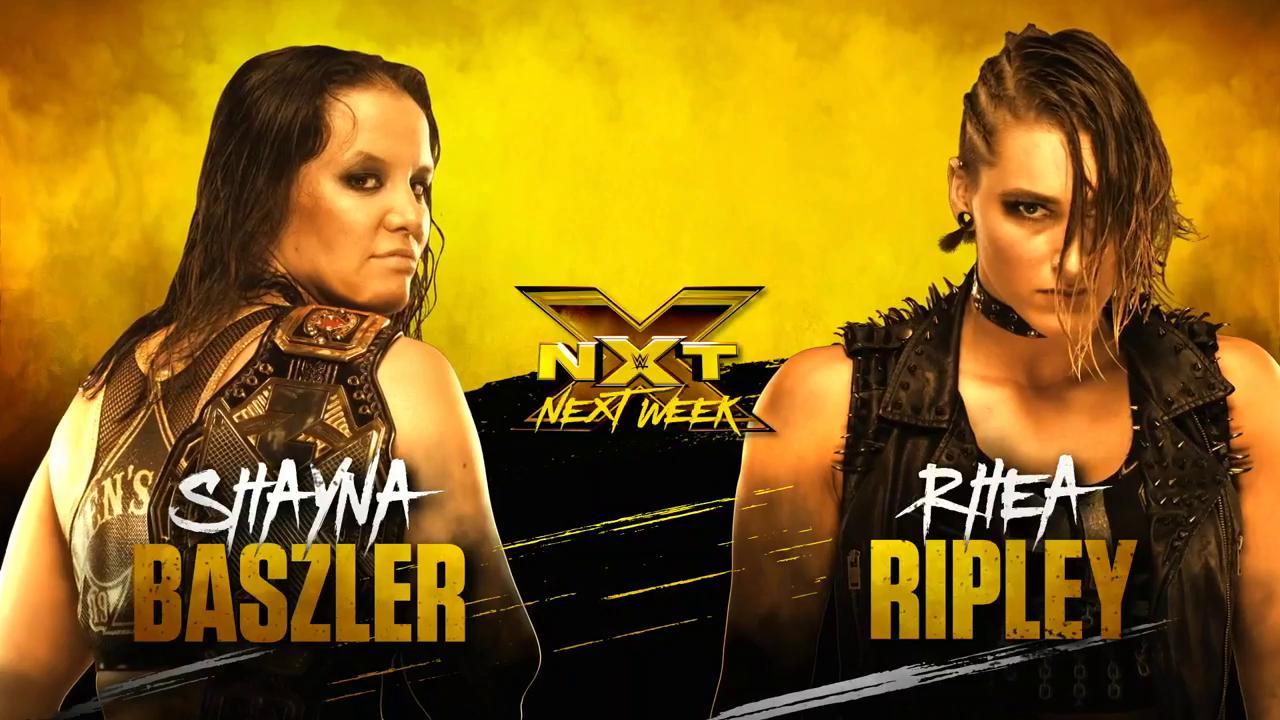 Next week, Rhea Ripley and Shayna Baszler will face off.

Conti with a cross body off the apron but Belair catches Conti and hits a fallaway slam on the floor. Belair with a hair take down followed by forearms. Belair with a handspring moonsault to the back. Conti escapes a suplex attempt but Belair floats over and connects with a forearm. Belair with the KOD for the three count. 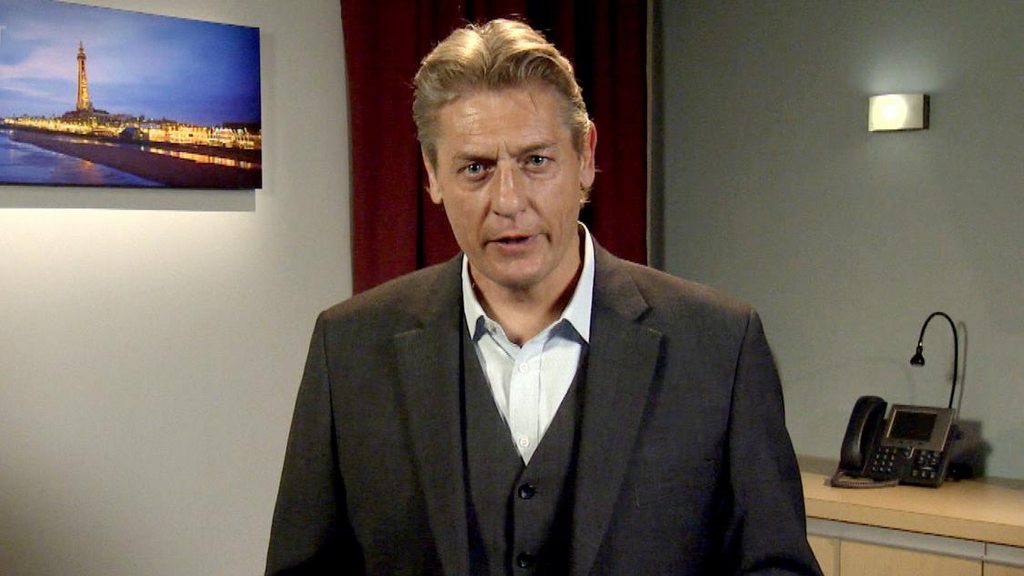 William Regal is in his office and he says there will be a Number One Contender’s Triple Threat match for the NXT Women’s Championship in two weeks for NXT’s USA debut. The contestants will be Mia Yim, Bianca Belair, and Io Shirai.

Cole kicks Myles and then connects with a knee drop to the back of the head. Cole with a figure four head scissors. Myles gets to the ropes to force Cole to release the hold. Myles swings at Cole while Cole taunts Myles. Cole pie faces and taunts Myles. He tells Myles to give him his best and Myles can barely swing. Cole with a forearm and Myles with a forearm. Cole fires back. They continue the exchange. Myles with jabs and Myles with running forearms and a leg trip followed by a drop kick. Myles with a pescado onto Cole.

Myles goes up top and hits a frog splash for a near fall. Myles goes back to the apron and he goes back up top. Myles goes for the 450 splash and Myles rolls through when Cole moves. Myles with a super kick and he goes up top for the 450 splash but Cole gets his knees up. Cole pulls the knee pad down for the Last Shot but Myles ducks. Myles with an O’Connor Roll for a near fall. Cole with a series of super kicks and Last Shot for the three count.