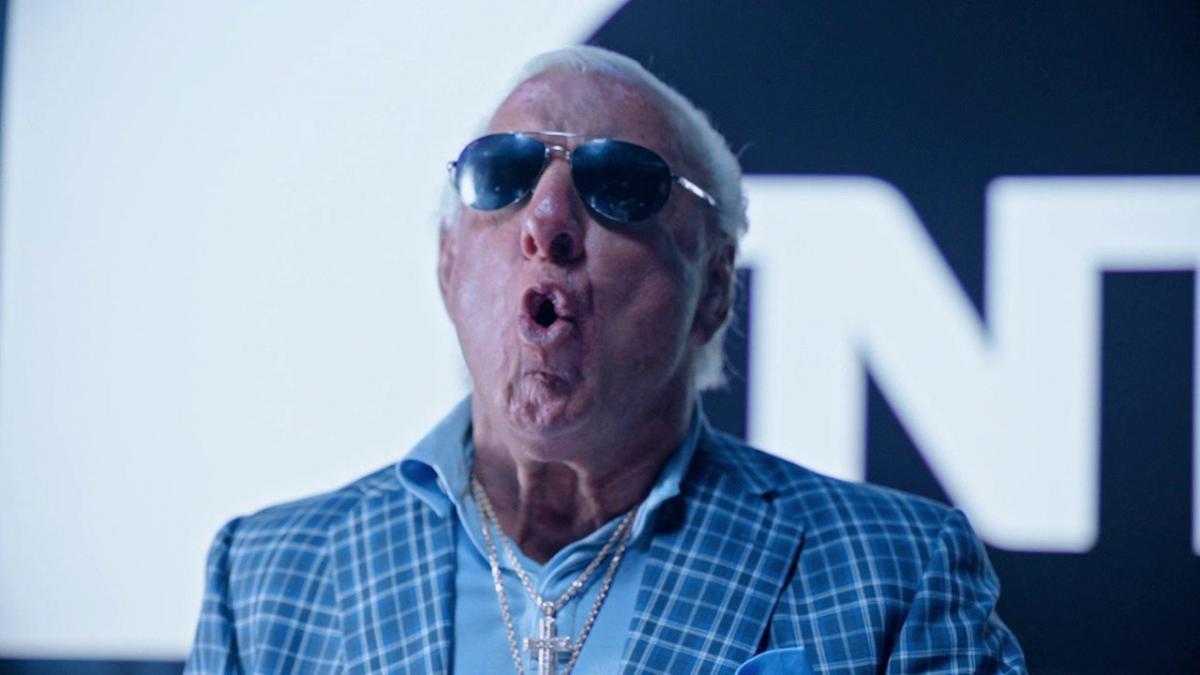 Ric Flair was interviewed by TMZ and revealed that he’s in a battle with WWE over the use of the term “The Man.”

Flair says he’s fine with Becky Lynch using the name, but “I want the company to pay me for it.”

Flair has the trademark for the phrase, “To be the man, you gotta beat the man.”

So on August 26, he applied for the trademark for “the man” for wrestling purposes. Flair says, “If I don’t win [the trademark], or even if I won, Becky can have it all day long. I’m glad. But I want the company to pay me for it. I want to take care of my family.”

Flair said that Charlotte Flair is mad at him for filing for the trademark. “It’s funny, my daughter is so mad at me because I filed, not even understanding I have no beef with Becky.”

A few days after Flair filed to trademark “the man,” Becky Lynch posted this:

When I first saw this go down in August of 2018, I thought “cool, the man, my gimmick vs. my daughter, Charlotte.” So I thought cool, I’m gonna make some money, my trademark, they have it to use. I’ve been saying it since 1981.

So I sent them a text and their lawyer – who just has no respect for me whatsoever, which is something I’m not gonna deal with much longer – he said “you’re wrong, it’s not even close.”

So I sent them another text and they didn’t respond, so I had my lawyer call them. And he blew off my lawyer. This is all in 2018 or January of 2019.

So I called Hunter and I said “Hunter, I’m gonna file.” And the reason they don’t have [the trademark] is because it’s too close to mine. I’ve been saying “to be the man,” which I have trademarked.

Here’s the deal. I love Becky Lynch. No one has supported the women’s division more than me as an outsider. I would have texted Becky last night, but I don’t know what WWE’s spin has been to her.

It’s funny, my daughter is so mad at me because I filed, not even understanding I have no beef with Becky.

But here’s the deal. When I almost died two years ago, one person [his wife Wendy Barlow] stayed by me the whole time, 31 days in ICU, 12 days when I was dying on a respirator, and I’m gonna take care of her and her family and my family who has taken care of me, no matter what. I don’t care what WWE thinks of me personally. I know they love me, but obviously they’ve lost respect for me.

But if I don’t win, or even if I won, Becky can have it all day long. I’m glad. But I want the company to pay me for it. I want to take care of my family.

I am gonna be the man. And if I don’t get it, you know what my tombstone will say? “He died trying to be the man.”