Tony Khan on AEW’s Show Name, Announce Team Lineup, All Out in Chicago Each Year, More 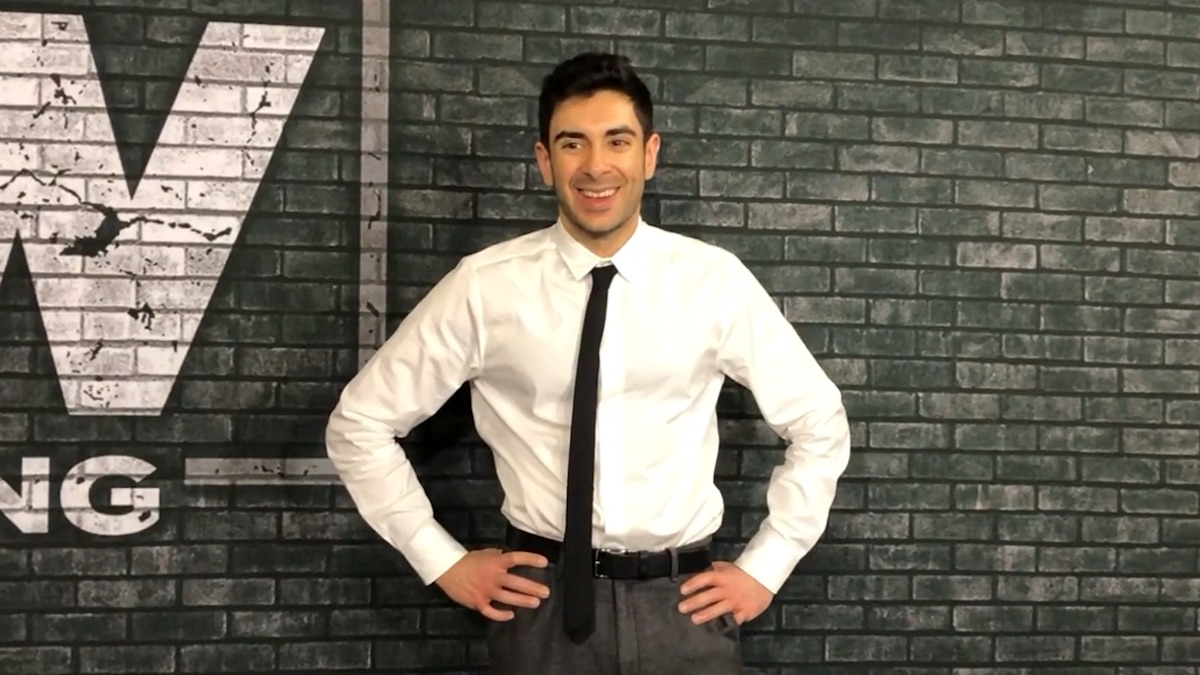 Tony Khan did a press conference after All Out last night. The full video and a few transcribed highlights are below.

She’s no longer with us. She asked for her release and we granted it. She called me and asked if she could be released from her contract and it was pretty simple. I said yeah and asked her if everything was OK and she said yeah. She didn’t want to be with the company anymore. We talked about it and it was very simple. So yeah, she’s not on our roster. Amicable. She’s a very nice person.

On the name of the AEW TNT show:

There is gonna be a name. It’s not gonna be “All Elite Wrestling” because I think that would be confusing between the company and the name of the show.

On All Out being in Chicago each year:

On signing women from the Casino Battle Royale, like Mercedes Martinez, Priscilla Kelly or Shazza McKenzie:

We have a lot of people on the roster and one of the challenges we’re gonna face is on a two hour TV show, you’re not gonna see everyone every week necessarily. I want to make sure everyone’s getting time right now.

I really like every single woman you named and all of them could potentially be in line to come back here.

On pyro going off and scaring Cody’s dog, Pharaoh:

Pharaoh’s fine, but I would not do that again. Brandi was not thrilled with Cody. With pyro, I would not put Pharaoh in that situation again. I was not happy about it.

By the way, we made sure the horse was well corralled and out of the building before the pyro went off.

We still have a good relationship with them and I think that they’ll still send wrestlers up for us, I expect, and our guys will still go down and do their big PPVs.

On the possibility of regularly doing a post-show with promos:

For sure, that is something that has been talked about a lot.

On being off on Christmas:

We’ll probably take Christmas off this year. I think TNT has their Christmas Story marathon. I think Wednesday is Christmas this year so you’re not gonna see, I don’t think, a TV from us that week.

On the AEW announce team and Tony Schiavone’s status:

It’s not exactly clear. Tony has just joined us and Alex [Goldenboy Mendez] is new to us too. Alex is definitely gonna be doing Full Gear (PPV), Tony will be at the Georgia football game that day. But Tony’s gonna be a big part of Wednesdays. On TV, I think there’s been a huge demand from fans who want to hear Tony Schiavone and Jim Ross call wrestling together again. And Excalibur also brings a lot of knowledge and really intelligent insight into what’s going on in the matches and I think he’ll be a really good addition to those guys as well. Also Tony can keep contributing in the studio and as a producer in the control centers.

Will LAX be able to use that name?