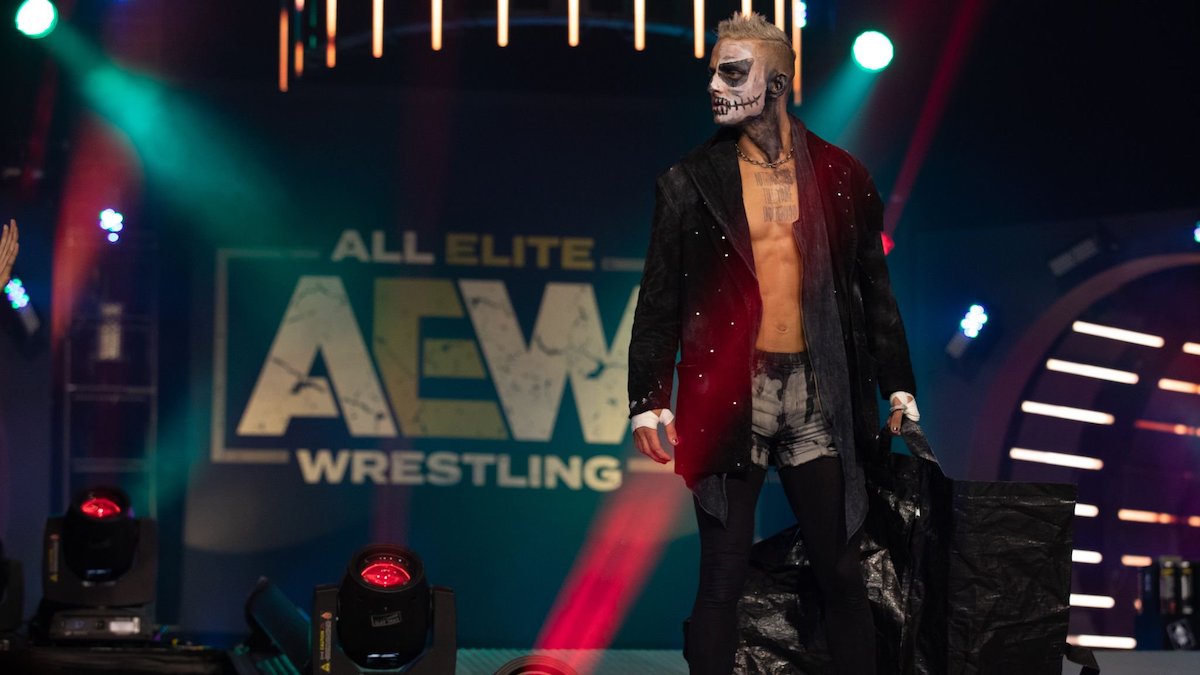 There were four dark matches tonight before and after AEW Dynamite (one before, three after).

Allin won via a Coffin Drop.

The Lucha Bros hit an assisted springboard package piledriver on Chuck Taylor for the win. Orange Cassidy, who accompanied the Best Friends, did a trust fall to the outside off the top turnbuckle with his hands in his pockets to a big pop. (Thanks to Droford for the results.)

Baker forced Ford to submit for the win.

Kazarian and Sky hit a powerbomb into a backstabber on Marko Stunt for the win.

Also during commercials, someone threw a hot dog into the ring. Chris Jericho picked it up, grabbed a mic and asked, “Who threw a wiener in the ring?” then smashed it with his hand.

"who threw a wiener in the ring?" pic.twitter.com/jZ8V7mS7dR