Interview: Tessa Blanchard on World Title, Her Father, Why She Signed With Impact 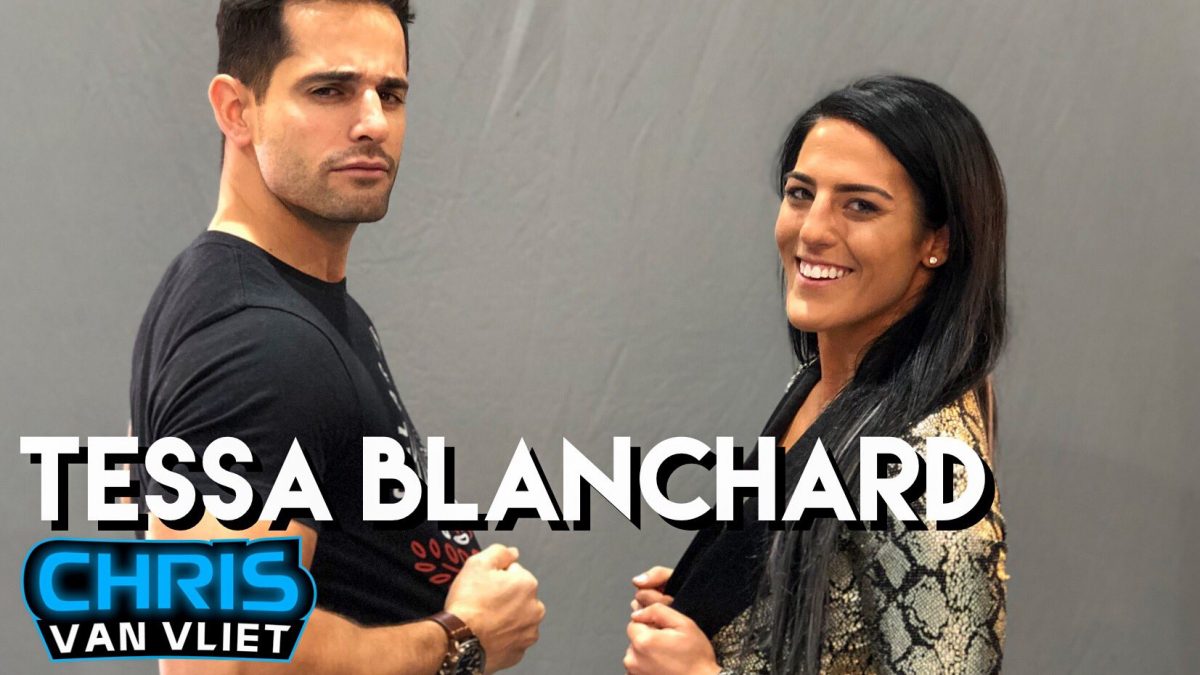 Tessa Blanchard was interviewed by Chris Van Vliet before Bound for Glory this past Sunday in Chicago.

She talks about why she feels comfortable in intergender matches, whether she could win the World Championship, advice from The Rock, growing up as a third generation wrestler, being compared to Chyna, why she chose Impact Wrestling, her tryout with WWE and much more!

“It’s not something that’s really been done since Chyna and that wasn’t even the world title. A lot of people compare me to her, a lot. I don’t know, I think if that were to ever happen, if that were ever to be reality, that would be another way that I can make history in my own way.”

On her rise over the last year:

“It all just kind of seems unreal to me a little still. When I first started wrestling, I was driving 14 hours for a show just to set up the ring and hopefully get an opportunity and make $75 bucks and sleep in my car, then turn around and drive 14 hours back home. Just because I wanted to pay my dues. When I first started wrestling, people would always say ‘You’re only here because of your family name, you’re only here because of this because of that’. Anything except for hard work. I would always say my last name, it might get my foot in the door, it might get me in front of the right people, it might get me an opportunity but the second you step in the ring, it doesn’t do jack s**t for you.”

On Tully Blanchard in AEW:

“He texted me the other day ‘I’m at TV right now’ and I’m like ‘What? You didn’t even tell me!’ It is really really neat. All bias aside, the fact that he’s my dad, I’m his fan too. I’ll watch old-school Brain Busters, my Dad and Arn. I genuinely feel like they are so brilliant in this business and it’s such a waste if they weren’t in the business in some aspect. So, for AEW to have him, he’s so valuable, his mind is just… the way that he thinks in wrestling, it’s incredible, I’ve learned so much from him.”

What she learned from her father:

“How to be a star. Not a lot of people carry themselves and know how to present themselves as a star. It’s like something that you can’t teach almost but something that you can just acquire along the way. And also, I remember my Dad when I was training with George South, I was trying to get advice from my Dad on certain things cause he’ll always help me but he was like ‘There’s nothing that I can teach you yet’ and I didn’t really understand that until now and he’s like ‘Alright, now I can teach you. Where you are right now, now I can teach you’ and I’m like ‘Ok, now I get it.’ So I’m picking up little things, even still, I’m still learning, still trying to get better. I’ll watch matches back with my dad even and he’ll fix little things that I didn’t even notice.”

On intergender wrestling in Impact Wrestling:

“It’s something that I’ve always been passionate about because I trained with the guys, that’s the way I was brought up and I feel like it’s helped my timing, my transitions, my intensity, different things like that but it was actually something (Impact) approached me with and it just worked. It was very natural, not forced, it just worked and I think that’s why I love it so much. To have the match with Sami Callihan, I didn’t know that we were going to be the main event until the night of. They told us that night and I thought they were kidding cause they mess with us all the time, I just thought they were kidding. So, that was special for me, that was my only PPV main event so far and then for it to be an inter-gender match, it’s cool because it’s a cool time for wrestling, it shows that wrestling is evolving.”

On why she signed with Impact:

“I think it was just a gut feeling. It felt right. Moose and Brian [Cage] had been trying to get me to come over for a while. I was there supporting Moose and I was asked to do a tryout match at the tapings and I just said no. I didn’t really feel comfortable backstage. I was still very new and I thought everyone just got along, but boy was I wrong. When I first started, the indies were hard. I would have people say things about my name. They would think that I got certain bookings or whatnot because of my name, or I got opportunities too early before I could back it up, and maybe it’s true. But some girls can be really mean. Like really mean. And I didn’t have a great feeling there. Maybe I was quick to judge, because right now, I love our locker room. I love working here. When they offered me a contract, I was hesitant, but I was like you know what, two years, let’s do it. It was a gut feeling and I did it and I don’t regret it. I feel like I’ve learned so much here.”