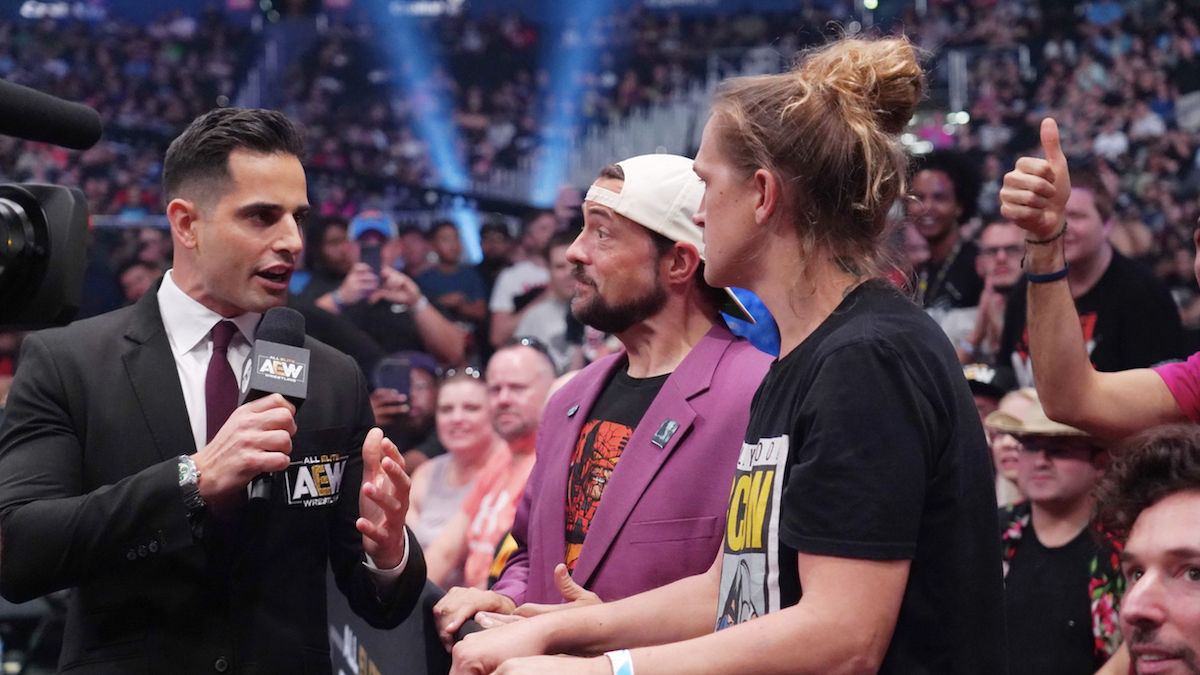 Kevin Smith and Chris Jericho were interviewed together on The Rich Eisen Show and Smith said that he and fellow Jay & Silent Bob actor Jason Mewes were scheduled to be on the debut of SmackDowon on FOX last Friday, but after they appeared on the debut of AEW Dynamite the Wednesday before, WWE canceled their appearance.

Kevin Smith: We were supposed to go do WWE – me and Jay – on Friday, which was SmackDown. And then the morning after – cause we were on the AEW show and it trended, like there was a lot of coverage and stuff. So the next morning, we were told that WWE was like, “You can’t come on anymore.” Then they canceled us. They kicked me and Jay off the show.

Chris Jericho: The first casualty of the wrestling war was Jay and Silent Bob.

“The first casualty of the Wrestling War was Jay and Silent Bob.” – @AEWrestling Champion Chris Jericho. Watch me and my #JayAndSilentBobReboot co-star talk about what happened after @JayMewes and I appeared on the debut ep of @AEWonTNT! https://t.co/h0rI0Q9WJ7

Smith also said that Jericho personally invited them to Dynamite. Jericho has a role in the upcoming “Jay and Silent Bob Reboot” movie, which will be released in the US on October 15.