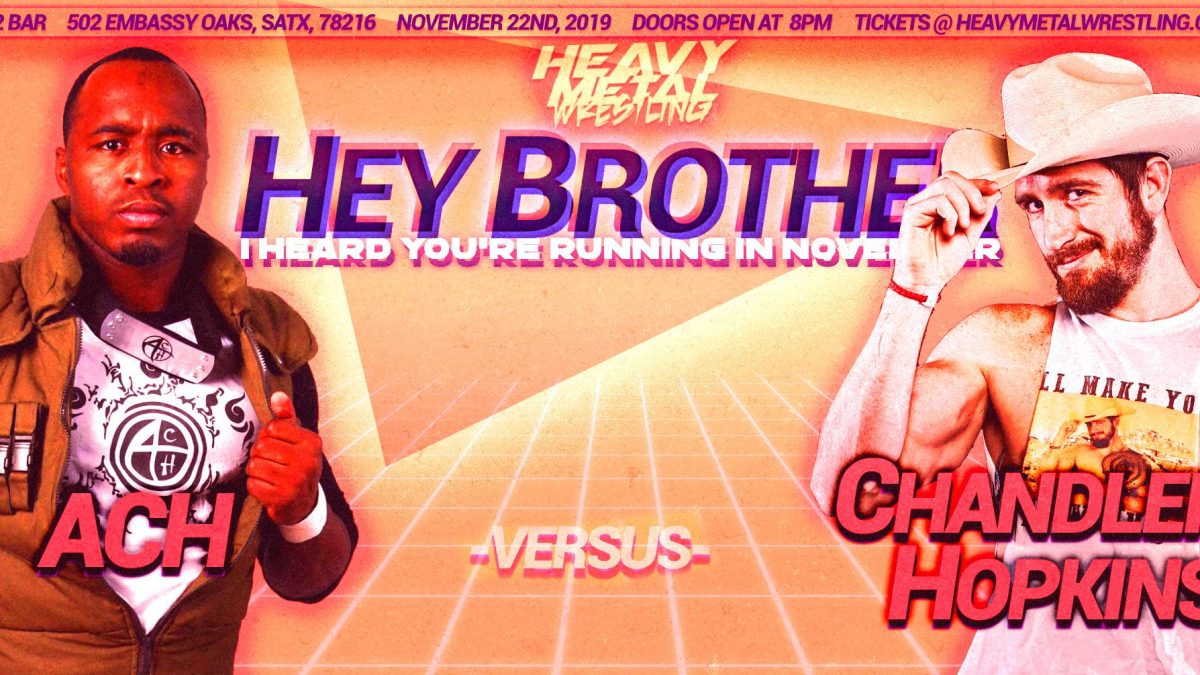 A week after ACH (Jordan Myles) put out a video saying that he “quit WWE,” he has now been booked for at least two indie wrestling shows, but his WWE status is still unclear.

Tomorrow, November 22, he’s booked for a match for San Antonio-based Heavy Metal Wrestling, and on December 1, he’ll be at an Atlanta Wrestling Entertainment show.

The King of Texas is back!@ACHisSuper returns to take on @TheYoungGun_CH!

He also posted a photo of himself seemingly signing some papers.

And he tweeted this at Vince McMahon:

Can’t hold me down no more.

This is FOR THE WRESTLING CULTURE. pic.twitter.com/wA2UbBFiZP

There’s been no indication yet that WWE has released him from his contract. During a live Q&A video on Twitter last week, ACH was asked if he’s now able to move on from WWE and he responded, “Legally, no. Mentally, yes.”