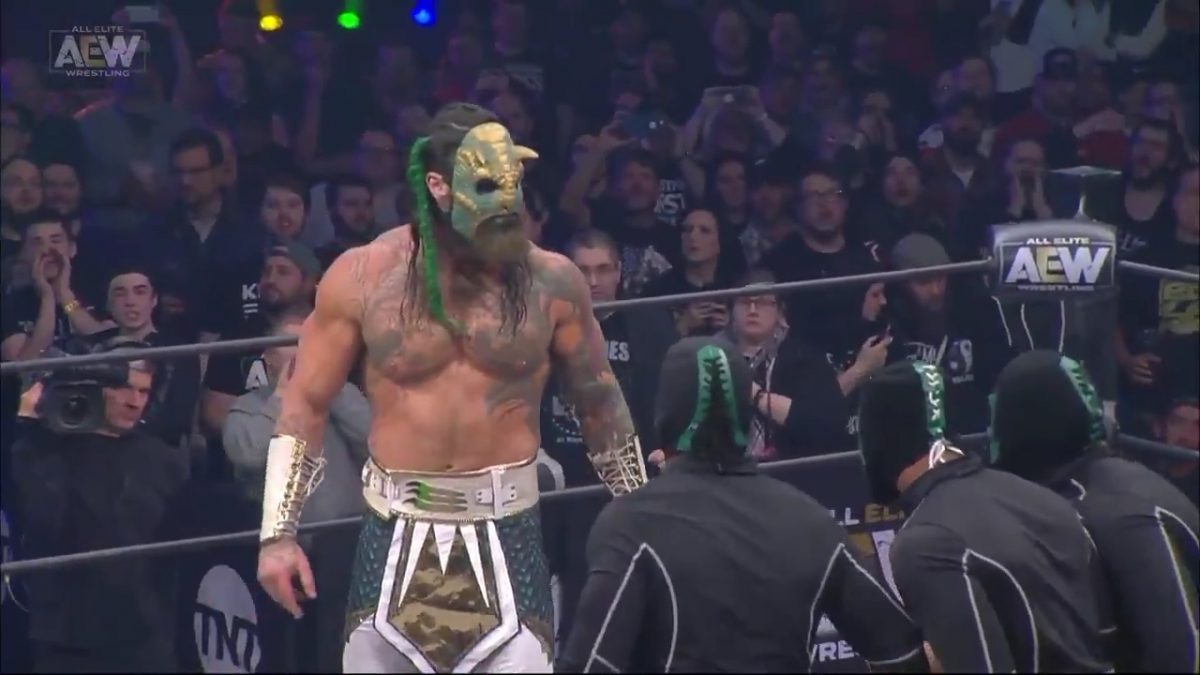 Luchasaurus made his return from his hamstring injury tonight on Dynamite, single-handedly taking out The Dark Order and their “Creepers.”

As the Dark Order beat down on Jungle Boy and Marko Stunt, Luchasaurus’s music hit and he came out to clean house.

He went down with a hamstring strain on the day of the October 16 episode of Dynamite.

.@Luchasaurus is back!
Watch #AEWDynamite LIVE on @TNTDrama 8e/7c pic.twitter.com/2jaNIKYWuJ

Wardlow made his live debut on tonight’s episode of Dynamite, allying himself with MJF.

As Cody attacked MJF and Chris Jericho in the ring, Wardlow, dressed in a suit, suddenly came up from behind and destroyed Cody, taking orders from MJF.

.@Wardlow_1 has arrived and has aligned himself with @the_mjf!
Watch #AEWDynamite LIVE on @TNTDrama 8e/7c#AEWonTNT pic.twitter.com/BqbHtlWhOL

AEW has aired a couple of vignettes for Wardlow, including one a last month that showed him working out…